The province has announced increased funding for its strategy to end homelessness, but those on the front lines say much more is needed.

The province has announced increased funding for its strategy to end homelessness, but those on the front lines say much more is needed.

“The lack of affordable housing in the city is bringing people to rely on shelters, such as this one,” said Ed Bird, who lives and now works at N’Dinawemak, the 24-hour Winnipeg facility for up to 150 people that opened last year next to the noisy Disraeli Freeway.

Families Minister Rochelle Squires was there Thursday, trumpeting more than $5.4 million in funding for community programs, including an additional $1.8 million to operate N’Dinawemak (“Our Relatives’ Place”).

Bird, who works the overnight shift at the low-barrier shelter, said there are few affordable housing options in the Manitoba capital for many people. The 51-year-old who moved from Steinbach said his personal circumstances are becoming “a common theme” in Winnipeg.

“Rooming houses and poorly maintained hotels are often the only option for many,” said Bird, who is looking for a one-bed room apartment to rent. In the meantime, N’Dinawemak has given him shelter, a job, and helped him connect with Indigenous culture and his native language.

“Our culture is what keeps us grounded and connected,” said Bird, whose spirit name is Rolling Thunder. “It has taken many years for me to realize this.”

The Winnipeg shelter is focused on harm reduction. Bird said he has seen staff save many lives of those who have overdosed “and the growing problem of meth and other harsher drugs.”

The non-profit organization is building a $9.3-million, 16-unit, rent-geared-to income transitional housing project at 590 Victor St. for victims of gender-based violence. It is expected to open in the spring.

“These units will be filled immediately, and we need more,” executive director Lorie English said after Thursday’s announcement. “This isn’t enough. Sixteen units will not be enough but it’s a start.”

“Rooming houses and poorly maintained hotels are often the only option for many.” – Ed Bird

Rent will be capped at 30 per cent of a resident’s income, including for those on social assistance, said English. “It’s the equivalent of social housing. It’s what’s needed.”

The lack of affordable housing can prevent victims of domestic violence from leaving bad situations and compel those who’ve taken shelter to return to their abuser, said English. “It’s a real concern.”

The West End organization partnered with the University of Winnipeg Community Renewal Corp., that lent its expertise and mentorship to the transitional housing project, she said.

“Our hope is that this can be a model that can then be replicated throughout the city and throughout the province, so that we know we’re offering people long-term solutions to the trauma they’ve experienced,” said English.

“We’ll be watching closely to see as the province unveils its homelessness strategy to make sure there’s adequate investment in social housing, because that really is what’s needed to address the crisis we’re in.”

Squires said the province will spend $1 million to relaunch the Proposal Development Funding program to support the development of new affordable housing projects, while leveraging new federal opportunities. It will issue a call for applications this summer to identify successful proponents to help facilitate new housing projects.

On Thursday, Squires also announced $1.2 million for End Homelessness Winnipeg, the organization launched in 2014 and tasked with working across all sectors to find lasting solutions to chronic homelessness in 10 years.

Its latest count in June showed 1,167 people using homeless shelters in the city, up from 1,127 in April.

“We’re aware that homelessness doesn’t have a single cause but stems form a combination of structural factors, system failures and individual circumstances rooted in systemic racism and colonialism,” the minister said. “Experiences of trauma, discrimination and poverty can all contribute to a loss of housing.”

“A collaboration of partners, primarily Indigenous, are working to create a resource that is an evolution,” chief executive officer Jason Whitford said. “(It) will change the way we respond to supports in a culturally appropriate manner. One that is guided by the need for healing, ceremonies, reconnection to the land, the teachings of our elders: the characteristics among our people that will help us stand tall once again and recover from this.

“I am very, very hopeful that chronic homelessness will end in the coming years with collaborations such as this.”

Squires said she knows more needs to be done.

“We recognize that there is still a lot of work that needs to be done to ensure that all Manitobans have access to safe and suitable housing… Our government looks forward to working with our community-based organizations and Indigenous partners to better prevent and address homelessness.” 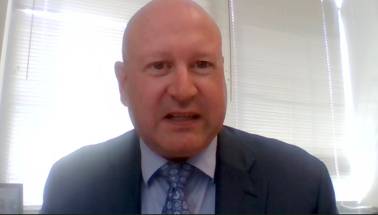 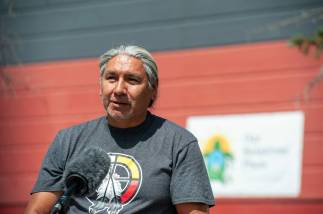 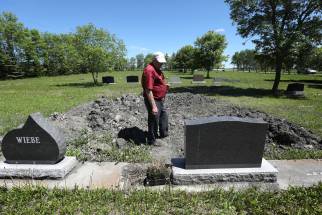 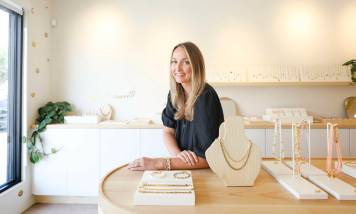 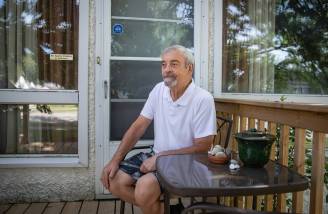 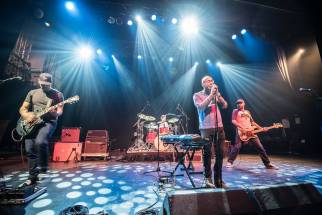 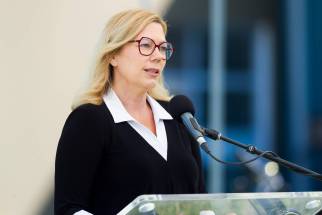