Gerald Brown and fellow senior residents of Lions Place couldn’t believe what they were hearing: their Winnipeg home was being put up for sale on the private housing market.

Gerald Brown and fellow senior residents of Lions Place couldn’t believe what they were hearing: their Winnipeg home was being put up for sale on the private housing market.

“When management had that meeting, I was close to the front and I just turned around and looked at the people,” Brown, 85, said Monday. “And they were like deer caught in the headlights. They were so thunderstruck by all of this.”

That was in July after a letter was slipped under residents’ doors saying Lions Housing Centres — the non-profit organization that operates Lions Place, Lions Manor and Lions Personal Care Home in the city — would be looking for new ownership of 610 Portage Ave., despite having invested millions into the building over the past three years.

“This decision was not taken lightly and is an emotional one,” reads the letter, signed by executive director Gilles Verrier. “Our building is almost 40 years old, and although $3.6 million has been invested over the last three years, we still need many more millions in general renovations.”

Now, Brown is leading an action committee, reaching out to advocacy groups and levels of government in hopes of finding a way to stop what members worry will be the pricing out of tenants.

The seniors group and Winnipeg Right to Housing Coalition are holding a news conference Tuesday to call on the province to step in and work with the non-profit housing sector to keep Lions Place affordable.

Lions Place, supported by the Lions Club of Winnipeg, was an age 55-plus building until recently. The vast majority of tenants in its 287 suites are seniors; some have been living there for 25 years and may now have nowhere else to go, Brown said.

“These are people whose income is measured according to what’s available here,” he said. “They can’t find other places which have the services that this building has.”

Lions Housing Centres did not respond to requests for comment Monday.

The letter given to residents says a committee of Lions Housing Centres leadership will approve the new ownership group, “helping ensure that Lions will continue to supply services and advocate on your behalf,” and services being delivered or supported by Lions would continue as normal.

Residents haven’t been kept in the loop, said Shauna Mackinnon of Right to Housing Coalition.

It’s possible any sale won’t stay within non-profit governance, meaning the building could be turned into high-income units out of the residents’ price range or redeveloped entirely so those living there could be forced to move out and find alternative housing, Mackinnon said.

There is little to no alternative housing within the price range of many of these residents,” she said. “There’s a real fear there that this will result in displacing people.”

Mackinnon compared the potential sale of Lions Place to the recent sale of apartment buildings at 185 Smith St., which were once owned by the province’s housing agency and meant for low- and fixed-income tenants, to a private developer.

The building was turned into lofts targeted at young, higher-income professionals, with apartments costing up to $2,000 a month.

The Smith Street sale took 200 low-income housing units away from Winnipeggers in need, Mackinnon said, and it could happen again.

“185 Smith is just one example, but you can just look around at what’s happening in the private rental market right now and see that there’s a very minimal supply of low-income units… most of the supply is being developed as higher end.”

Her hope is the province hears the call for support and works with Lions Housing Centre and Lions Place residents.

“There needs to be a way to provide subsidies to non-profit organizations so that they can adequately operate these facilities while offering lower rents… It’s really easy to sell properties to the private market and say, ‘The private market is going to meet the needs of everybody.’ And it won’t, we know that,” Mackinnon said.

The need to find a solution has gotten more urgent in recent weeks, as prospective buyers have been touring the facilities, advocates said.

“It’s just created a lot of stress and anxiety and this feeling of powerlessness and helplessness,” Tom Simms, whose 93-year-old mother, Lucy Simms, has been a Lions Place resident for 25 years. “I was at the meeting (in July)… that was the sad part for me, just how powerless people felt.”

Simms, co-director of the non-profit Community Education Development Association, said residents and their supporters have reached out to housing advocacy groups to try and find a solution.

“I think that’s the good feeling right now is that there’s a whole bunch of networks and allies that are saying, ‘Yeah, we’ve got to do something about this, we can’t let this happen.’”

Brown is feeling that stress. Lions Place is perfect for himself and many of the seniors who live there, he said.

Among the amenities is an in-house library, run entirely by a volunteer group of seniors. That kind of devotion comes from building a supportive community staff and residents have built alike, and are afraid to lose, Brown said.

“We have no assurance that that community will be possible if a commercial enterprise takes it over and is concerned with making money.” 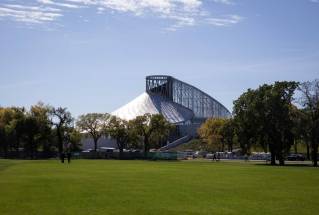 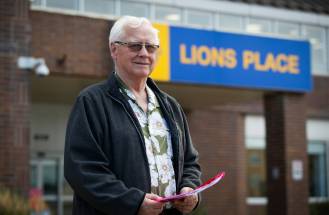 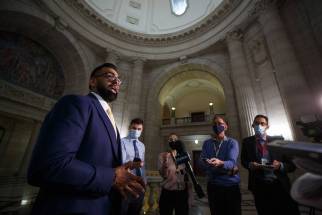 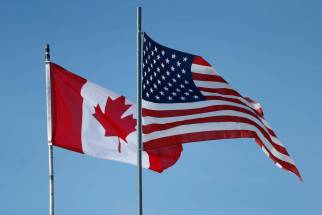 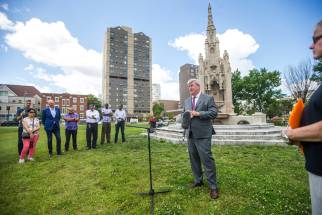 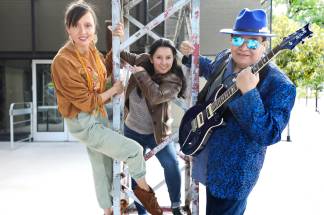 Big Blue back in business 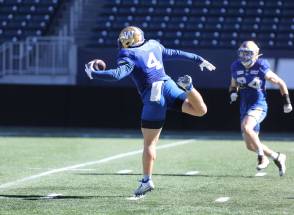 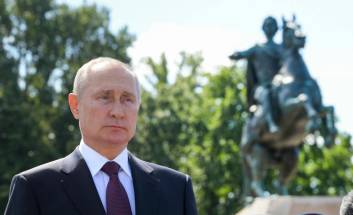