The union representing Winnipeg Transit workers is pleading with the city and province to tackle a safety crisis after an alarming number of attacks against riders and drivers this year.

The union representing Winnipeg Transit workers is pleading with the city and province to tackle a safety crisis after an alarming number of attacks against riders and drivers this year.

A new annual record for assaults on drivers was set by early October amid rising levels of crime within the system, said Amalgamated Transit Union Local 1505 president Romeo Ignacio.

“We believe this is a crisis,” he told the Free Press Tuesday. “We think the city could and should do more for the safety of transit riders and (our) members.”

Citing a rash of incidents this month, including a knifepoint sexual assault and two violent robberies, the union wants city council and Manitoba’s government to take immediate action to increase security.

Proposals include a “transit security force” to patrol the network and monitor bus stops and routes.

ATU Local 1505 has also called for more surveillance cameras and an emergency phone system at bus stops, similar to the one used on university campuses.

On Monday, the union sent a letter to Mayor Scott Gillingham and the city’s 15 councillors, who are a week into a new four-year term, to call for improvements.

A similar letter is being sent to Premier Heather Stefanson.

“I share the concern,” said Gillingham. “I believe there’s a need for a program that would be like a security unit.”

“I share the concern… I believe there’s a need for a program that would be like a security unit.”–Mayor Scott Gillingham

Before the Oct. 26 municipal election, he promised to hire crime-prevention officers for buses, a move that would require the province to change legislation.

He discussed the idea during a meeting with Justice Minister Kelvin Goertzen Tuesday.

Ignacio said the union is also concerned about people who are experiencing homelessness and sleeping in bus shelters.

Issues such as poverty, homelessness, mental health and addictions must be addressed, he said.

It doesn’t have plans for a safe drug consumption site in Winnipeg. Gillingham previously said the province must take the lead on such a project.

Gillingham and Lukes, meanwhile, said they are concerned about acts of violence within the transit system.

“We all want to see transit safer, and we have to find a way,” said Lukes. “It has to be a greater priority.”

Budget constraints could prove to be a hurdle, however.

Stefanson said her government is open to working with the city.

“Safety is paramount for all Manitobans, and we want to ensure that people who are riding transit are safe,” she said.

A spokesman for the province said Manitoba provides “basket funding,” which the city decides how to spend.

This week, Winnipeg police have sent out news releases about three transit-related incidents that occurred during the opening days of November.

Around midnight Saturday, a 20-year-old woman was sexually assaulted and robbed by a knife-wielding male at a Winnipeg Southwest Rapid Transitway stop at Chancellor Drive and Pembina Highway.

The woman suffered lacerations during the attack, which was interrupted by an arriving bus. No one has been arrested.

“Safety is paramount for all Manitobans, and we want to ensure that people who are riding transit are safe.”–Premier Heather Stefanson

Police are searching for a suspect who allegedly attacked two men at the same Tyndall Park-area bus stop in separate incidents.

The first victim, an 18-year-old man, was slashed with a knife, punched and robbed at Keewatin Street and Burrows Avenue at about 10:15 p.m. last Wednesday.

Two days later, a man in his 20s was attacked with a knife and robbed at the same location at about 6:45 p.m.

A warrant has been issued for the 18-year-old suspect, Jayden Isreal Kennedy, for robbery and knife-related offences.

In a fourth incident, said Ignacio, a frightened bus driver was forced to climb out of a window to escape a “threatening” passenger Sunday.

A bus driver made a similar escape in July, when a woman reached around a protective shield and tried to stab the employee.

ATU Local 1505 has counted 107 assaults against bus drivers this year — an all-time high — including verbal threats, spitting, punching and attacks involving a weapon.

The figures do not include crimes against passengers.

Ignacio said union members face violence and aggression on a daily basis, with some afraid to wear their uniform at bus stops, concerned they will be targeted.

Winnipeggers and visitors won’t use buses if they don’t feel safe, he warned.

“We don’t want that. We can’t afford to lose more riders,” he said. “We don’t want to start a panic, but we’re concerned nothing has been done to address the situation. We need our leaders to step up.”

Transit ridership declined during the COVID-19 pandemic and is below normal operating levels, resulting in a $15 million shortfall this year.

ATU Local 1505 wants the city to restore service levels to 100 per cent following a six per cent reduction.

The number of crimes occurring within the transit system — involving passengers and staff — this year is unclear.

Winnipeg Transit spokeswoman Megan Benedictson suggested the figures could be obtained from police rather than the city.

“We don’t want to start a panic, but we’re concerned nothing has been done to address the situation. We need our leaders to step up.”–Romeo Ignacio

She suggested asked Winnipeg Transit to find out how many reports have been submitted to police.

“We have responded to a number of serious assaults that have occurred on buses and at bus locations,” McKinnon wrote in an email. “However, it is surprising to see three very serious incidents occur so close together.”

Benedictson said safety and security is a priority, and the transit advisory committee is looking at a long-term plan.

Improvements in recent years include driver shields on all buses, body-armour vests for inspectors and an emergency signal that displays “Emergency Call 911” and “Do Not Board Bus” messages on an electronic screen. 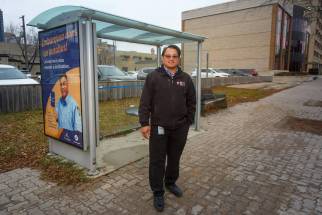 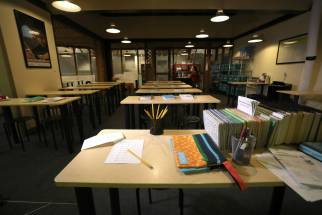 Cheer Board overwhelmed by requests for help 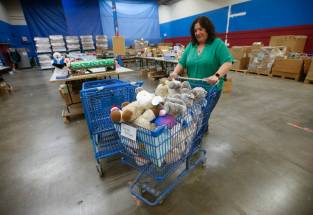 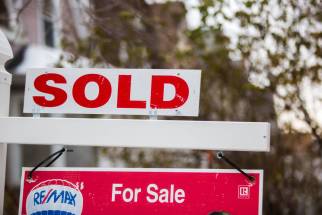 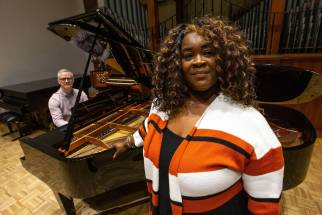 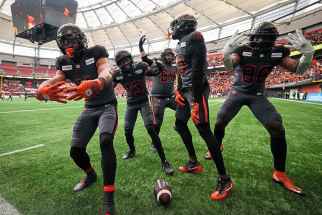 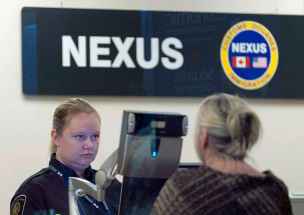