The unprecedented number of Manitoba children needing emergency care due to a confluence of respiratory infections is stretching the health system — and the surge of illness likely hasn’t reached its peak, officials warn.

The unprecedented number of Manitoba children needing emergency care due to a confluence of respiratory infections is stretching the health system — and the surge of illness likely hasn’t reached its peak, officials warn.

In a statement, a provincial government spokesman deferred questions to public-health officials about Health Minister Audrey Gordon’s response to the situation, and whether there is a need to increase critical-care capacity for children.

“Our government relies on the advice of public health on public health issues and health experts to make health decisions on patient flow and triage,” the statement reads, adding chief provincial public health officer Dr. Brent Roussin “has been out numerous times in the recent days to discuss exactly that from the public health perspective.”

Gordon’s office didn’t respond to questions about how the province is working with the federal government on pediatric health or increasing the supply of children’s medication.

On Monday, 182 patients showed up at the Children’s Hospital ER. During a typical flu season, that daily number ranges from 130 to 140, Doyle said.

Children’s Hospital was built to handle 100 patients, she said. A much smaller number of children — 16 Monday — are being admitted to hospital.

Most of the recently admitted patients have influenza or RSV (respiratory syncytial virus) or a combination of viruses, Doyle said. The hospital is reporting three times its usual number of children’s flu cases so far.

“The fact that we’re seeing 175 to 200 (child patients daily) is a real stretch for us. We’ve had to be very, very creative. We’re managing, we’re seeing all of the sick kids that need to be seen. I don’t think anybody is at risk at all, but it is very challenging,” she said.

“The fact that we’re seeing 175 to 200 (child patients daily) is a real stretch for us. We’ve had to be very, very creative.”–Dr. Elisabete Doyle

On Monday, 91 of the young ER patients had flu symptoms. Of hospitalized children in November, 34 had RSV — 22 of them were hospitalized during the past week.

Most of the children who’ve been admitted are younger than three years old. Three of those toddlers are in intensive care, she said.

Nationwide shortages of over-the-counter medication such as children’s Tylenol are prompting Manitoba officials to offer instructions on splitting adult-medication pills for children. They’re also trying to get the word out that just because a child has a high fever doesn’t mean they automatically need urgent medical attention.

However, Doyle said more than half — roughly 60 per cent — of the kids arriving in the ER are acutely ill and need to be there.

There are plans to increase staffing in the ER by offering more overtime and moving nurses from other areas of the hospital, she said, adding there are also contingency beds that can be made available.

Pediatrics has a staff vacancy rate of about 20 per cent and people are being moved from other areas of the hospital.

“A lot of these decisions are made on a day-by-day (basis) but we like to have some forward planning, obviously.”–Dr. Elisabete Doyle

“A lot of these decisions are made on a day-by-day (basis) but we like to have some forward planning, obviously,” she said. “We don’t want to be stuck at the last minute with nowhere for our children to go.”

The newborn intensive care unit may be able to take some pediatric ICU patients, Doyle said. As of Monday, the NICU was full, with 50 patients, and the PICU had eight of nine spaces occupied.

“Other centres in Canada are facing the same thing. There’s been a lot of creativity in trying to manage and have contingency plans. Some are setting up separate spaces in parking lots and those kinds of things. We’re not there yet, but all of these things we’re paying attention to,” she said.

“I can tell you that primary-care providers are being absolutely swamped,” both with in-office visits and phone calls, Grimes said.

Many children are getting sicker than they’ve been before, but viral illnesses are becoming so widespread that even people with mild symptoms want physicians’ advice, although it’s not always necessary, she said.

“We are as overwhelmed as the emergency department,” she said.

Clearer public communication about when to see a doctor or when to go to the hospital would help, she said. Otherwise, there’s a “domino effect” on the health system and the ER is the last tile to fall, she said.

“I think more concrete instruction could be given to patients and families on when they absolutely need to engage with their primary-care provider, which would further help in lessening the overwhelming burden,” she said.

NDP health critic Uzoma Asagwara called on the province to take immediate action on the crisis in children’s health care. Asagwara said it’s “troubling” that the situation at Children’s Hospital has been called a crisis for several days and neither the premier nor health minister “have come out and told Manitobans what steps they’re taking to alleviate the burden we’re seeing.”

Dr. Elisabete Doyle, head of emergency pediatric medicine at Children’s Hospital, shared general guidelines families can follow to help determine when to keep kids home from school, see a doctor or go to the emergency room.
• Keep children home from school or daycare if they have a fever and consistent cough. A child who doesn’t have a fever and only the occasional cough or sniffle, and is otherwise acting as usual, is likely OK to go to school.
• Urgently see a doctor for any fever in a baby younger than three months.
• Feverish babies older than three months don’t need to see a doctor as long as they’re not having trouble breathing, they’re not overly sleepy and they’re drinking well (and wetting more than three diapers in 24 hours).
• See a doctor — not necessarily at the ER — if a child’s fever lasts more than four or five days. High fever is generally not something to worry about unless it lasts several days, Doyle said, adding with the flu strain currently circulating, doctors are seeing fevers in children lasting five to seven days.
Doyle said parents can take sick kids to the ER if they’re unsure.
“We never want you to not come because you’re so afraid of being there when you shouldn’t be,” she said. “If you honestly feel that your child needs to come, we are happy to see you here.”
— Katie May 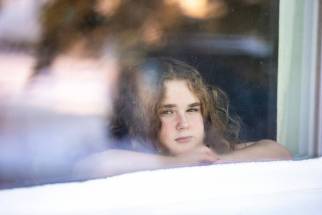 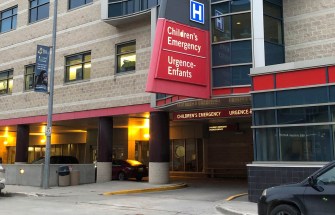 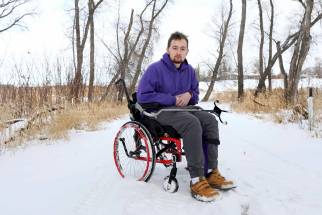 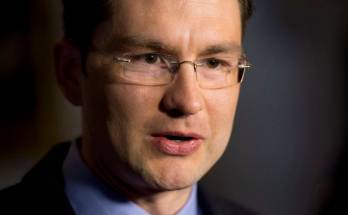 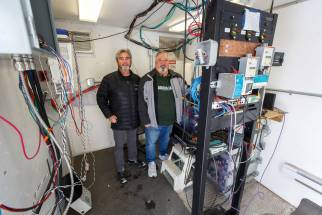 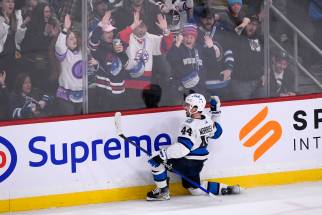 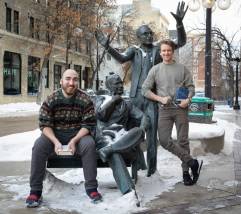 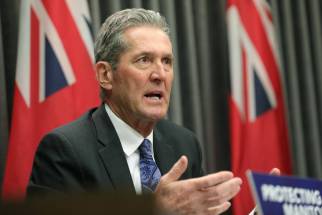