A growing cluster of restaurants and coffee shops is emerging along Broadway, one of Winnipeg's most picturesque downtown streets.

A growing cluster of restaurants and coffee shops is emerging along Broadway, one of Winnipeg’s most picturesque downtown streets.

With the opening of a new sandwich deli last month — Nick’s on Broadway — and the opening next month of a new coffee/beer/wine bar — Fools & Horses — there will be at least a dozen eateries on or just off Broadway between Main and Osborne streets.

They run the gamut from cosy little coffee shops, such as The Fixx Expresso Bar and Starbucks, to fine-dining restaurants like Amici and The Palm Lounge in the historic Fort Garry Hotel. Some have been there for years — in the case of the Fort Garry over a century — others are more recent arrivals.

The newest addition is Nick’s on Broadway, a 1,500-square-foot, 22-seat sandwich deli that opened in late January on the main floor of a redeveloped six-storey office building at 287 Broadway. Its operating hours are 8 a.m. to 3:30 p.m. Monday to Saturday.

It’s owner/chef Nick Graumann’s first try at operating his own restaurant after a decade of working in the industry. The menu reflects the passion he and his girlfriend — fellow chef Ana Damaskin — have for sandwiches and homemade food.

“Our specialty is our sandwiches, for sure. We roast all of our own meats and we try to get as much local (product) as we can,” Graumann said. “We also do all of our soups from scratch and all of our desserts are from scratch. We try to do as much as we can from scratch.”

Next month, five other local entrepreneurs — James and Kendra Magnus-Johnston, Ben Gillies, Amy Bortoluzzi and Lauren Kroeker — hope to bring some additional European flavour to the street with the opening of their new coffee/beer/wine bar called Fools & Horses.

Named after a beloved English sitcom, the 1,700-square-foot, 50-seat venue will feature beer, wine and expresso coffee on tap, and a menu which includes things like Nordic-styled cinnamon buns, French croissants, and gluten-free muffins and scones with clotted cream.

“It’s going to have a little bit of a pub feel, mixed with that hipster-espresso culture that’s kind of flourishing in Winnipeg right now,” James Magnus-Johnston said, some of the revenue generated will be used to help fund low-carbon, green-development projects in the city.

He said to the best of their knowledge, this will be the first time wine will be offered on tap in Winnipeg. Fools & Horses also will be the first coffee shop in the city to feature the Modbar modular, expresso-dispensing system, which is becoming increasingly popular south of the border, he said.

With the Modbar system, most of the equipment is hidden under the counter. The only thing visible to the customer is the tap, which is mounted on the countertop. Magnus-Johnston said the system is supposed to produce a better tasting coffee. The big advantage to serving wine and beer on tap is there’s less spoilage and spillage.

Stefano Grande, executive director of the Downtown Winnipeg Business Improvement Zone (BIZ), said Nick’s on Broadway and Fools & Horses are both welcome additions to the downtown.

“We really like the fact these are locally owned restaurants — different and unique — which is the key for the downtown,” Grande said. “I’ve always said… nobody from the suburbs is going to come downtown to go to Starbucks because there are three of them between the downtown and where they live. But when you have local coffee shops and you have local restaurants that are unique and different, they will draw people from the outside to the downtown and at different times of the day. And that’s also the magic recipe if you’re a small entrepreneur and you want to succeed downtown.”

Grande said he’d like to see the owners and managers of other office buildings on Broadway lease more of their main-floor space to things like restaurants and coffee shops. That would help create a more vibrant, walkable neighbourhood that not only serves the area’s many office workers and apartment dwellers, but also helps draw people from other parts of the city.

“It could be this incredible place where people just want to walk up and down. It’s probably one of the most beautiful streets in the entire city because of the trees and the wide boulevard and some of the grandiose buildings like the Legislative Building, and the Fort Garry Hotel and the Via Rail station at the other end.”

A spokesman for Inlett Properties, owner of the office building in which Nick’s On Broadway is located, said he’d also like to see more restaurants and retail shops open on the street.

“Broadway is probably one of the busier walking streets in the city, and it could use a lot more of that type of aspect to it,” Doug Russell said.

Russel said having a restaurant/deli on the main floor is also a nice amenity for Inlett’s other tenants in the building.

“People can grab something before they go and if they have customers coming in, it’s a great meeting area…” he said.

Know of any newsworthy or interesting trends or developments in the local office, retail or industrial real estate sectors? Let real estate reporter Murray McNeill know at the email address below, or at 204-697-7254. 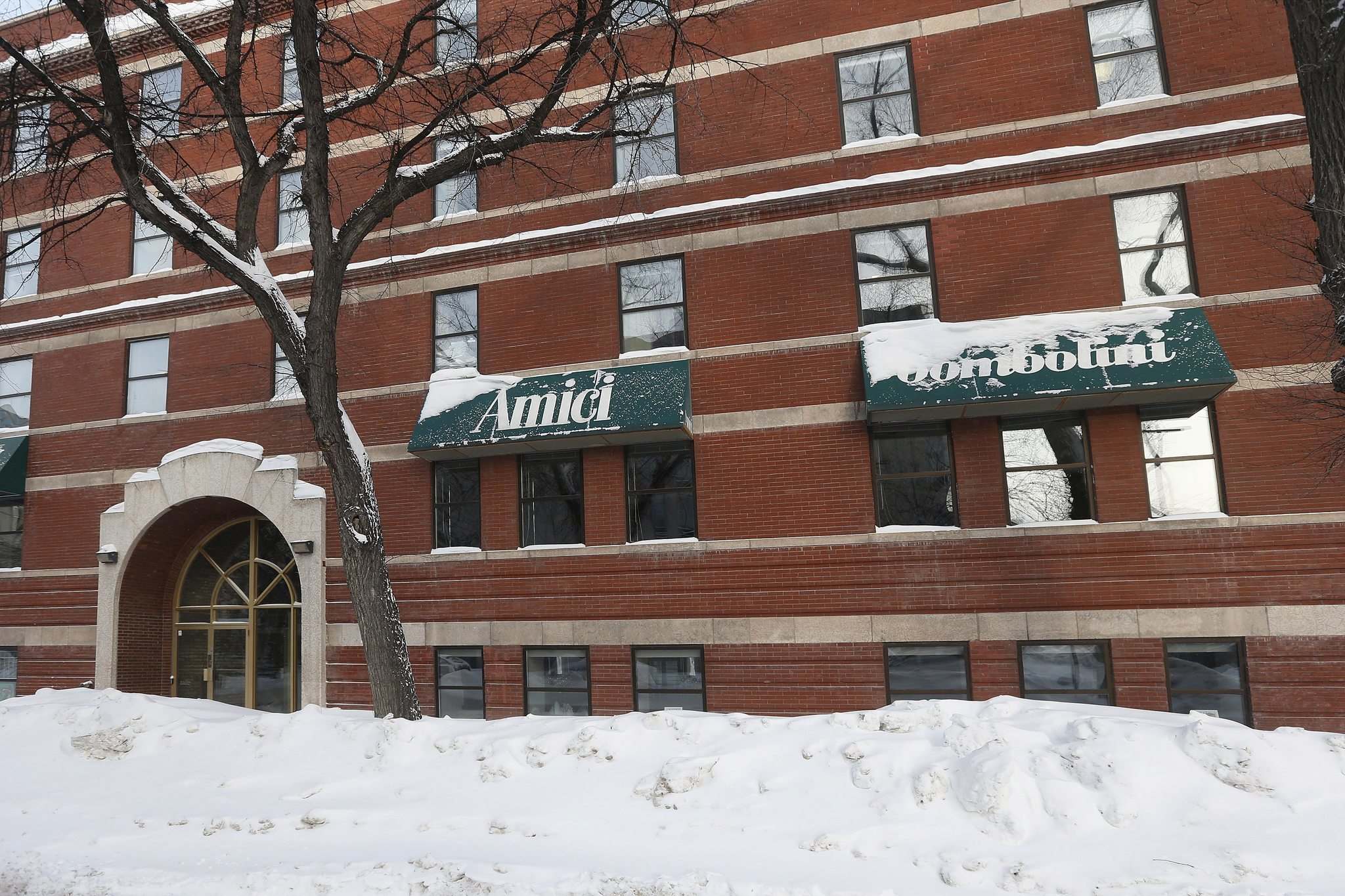