After a dozen attempts to develop the heritage building, James Avenue Pumping Station, someone has finally succeeded.

After a dozen attempts to develop the heritage building, James Avenue Pumping Station, someone has finally succeeded.

“We’ve got pumps and cranes and skylights and high ceilings,” said Robert Thorsten, CEO of Think.Shift Inc., the building’s tenant, while on a tour. “It’s breathtaking to bring clients here.”

It’s also a redevelopment space that fits with the advertising and marketing firm’s creative thinkers. “In terms of attracting the kind of people we need, it’s ideal,” Thorsten said.

Think.Shift, which moved into the building in July before construction was completed, held its grand opening on Tuesday for clients and other guests. At the top of the guest list was developer Alston Properties out of Vancouver, and Winnipeg firm, 5468796 Architecture, which won a 2018 Canadian Architect Award for its pump house design.

The pump house was built in 1906 for fire suppression, prompted by a great conflagration two years earlier. The 1904 fire razed several downtown Winnipeg buildings including the Bullman block, the Rialto block and Great Northern Telegraph, and the J. H. Ashdown Hardware Company at Bannatyne Avenue and Main Street. The Woodbine Hotel and the Dufferin block were badly damaged.

“There was no means to fight fires that were six stories in height,” said Bryce Alston, director with Alston Properties.

“It has a moment where everyone is awed when they walk in for the first time.” — Colin Neufeld, an architect with the 5468796 firm.

So hardware mogul James Ashdown campaigned for construction of the pump house to provide pressurized water to fight future fires. His efforts carried him all the way into the mayor’s chair.

The pump house was state-of-the-art engineering and an example of what the fledgeling city could accomplish when it pulled together. The building has a classy look, made of sandstone brick with many large windows. The glasswork lets in natural light and offers views of the Red River but also lets people see inside. It was a statement to the community that the coal-fired pumps made Winnipeg safer.

From its location along Waterfront Driver and James Ave., it drew water from the Red River and pumped it vertically to the upper reaches of downtown buildings and horizontally all the way to McPhillips Street. The pipe that drew water from the river is still in place but is now capped.

Through an underground network of pipes, the pumping station connected to 110 fire hydrants in the city. Firefighters could go to nearest hydrant and tap it for pressurized water.

Developing the pump house has been a bizarre venture. No one would erect a building today with almost the entire 15,000 square feet main floor space dedicated to derelict pumps and flywheels that don’t function anymore.

It’s why so many previous attempts failed. Earlier plans for the pumping station ranged from a brew pub to a skyscraper. Efforts often got to the permitting and blueprint stages before failing the smell test of viability.

“Often the concept was driven by vanity but the economics didn’t come into play until it got far along,” said Alston. “We thought, ‘How can we use this existing structure as a benefit rather than a drawback?’”

Alston Properties came up with a plan that included purchasing lots on either side of the pumping station to locate a four-storey and a six-storey rental apartment. The apartments will be elevated off the ground so as not to block the pump house facade or view from inside.

That provided some of the economics. Then it had to find a single tenant in need of 10,000 square feet of office space. The office space is built in the rafters, held up by the building’s steel girders.

It would be too expensive to try to subdivide the space into multiple compartments. But the site was ideal for Think.Shift and its 55 employees.

The first phase of redeveloping the pump house cost $3 million. The entire project once apartment blocks are completed will come to $22 million, Alston said.

Both the building and the equipment inside are protected as a designated heritage site. Amid the giant steel wheels, there are also cranes running along horizontal beams with hooks and chains dangling down. They were used to move the giant wheels into place and left behind in case equipment ever needed servicing. The geared wheels weigh up to eight tonnes.

“It has a moment where everyone is awed when they walk in for the first time,” said Colin Neufeld, an architect with the 5468796 firm.

“It was a proud building for Winnipeg, and that’s the moment we want to hold onto. That’s where all the glass comes in.”

Think.Shift is an advertising and marketing company with most of its work in the field of agriculture. The back of its business cards state, in large block letter, its mantra: Culture Drives Brand.

About 40 per cent of its business is outside Canada. Some of its large customers include Cargill Canada, Bayer Canada, and Adama Global, a farm chemical company based in Israel.

Think.Shift is subletting a small part of the building to accounting recruitment firm, Mercer Bradley. 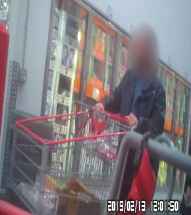 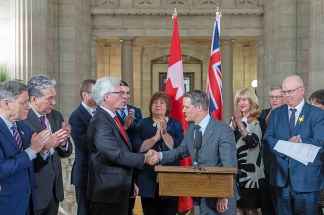 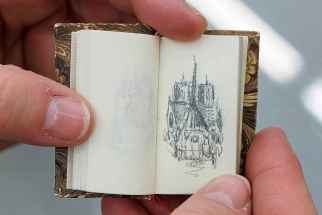 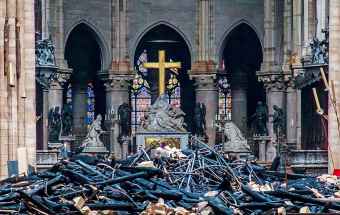 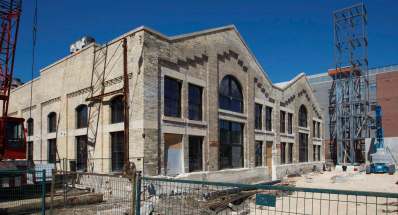 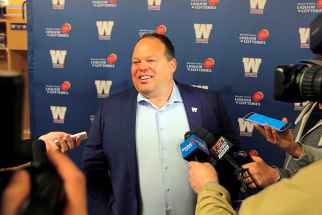 Filmmakers turn to God — and melodrama — in Manitoba-shot Breakthrough 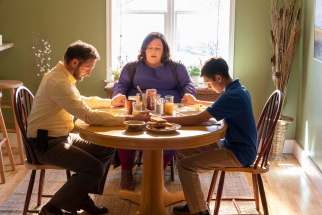 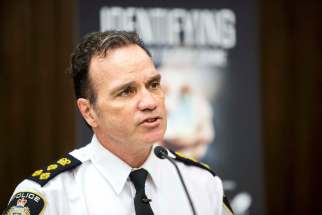 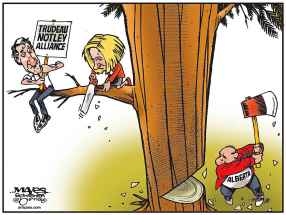 Notre Dame, the day after Lack of concerts, events a factor in WFC’s dip in profits