A Manitoba success story started by four hog farmers has been sold for half a billion dollars to interests in Thailand.

A Manitoba success story started by four hog farmers has been sold for half a billion dollars to interests in Thailand.

HyLife Foods, founded a quarter century ago in southeastern Manitoba and headquartered in the town of La Broquerie, east of Steinbach, has been sold to Charoen Pokphand Foods (CP Foods).

CP Foods is the third largest pig production company in the world.

The sale is for 50.1 per cent of the company’s shares. ITOCHU of Japan owns the remaining 49.9 per cent from a previous transaction.

HyLife was founded in 1994 by the three Vielfaure brothers (Paul, Denis and Claude) and Don Janzen. They built it into the largest pork exporter in Canada, including the purchase and expansion of the hog processing plant in Neepawa.

Claude and Denis, who are in their mid-to-late 50s, and Janzen, 68, continued to own the company, along with smaller shareholders, right until the sale, which is still subject to regulatory approval.

All three are departing the company. CEO Grant Lazaruk will succeed Claude as president, and the chief operating officer and chief financial officer will also remain.

Charlebois said its part of the globalization of agriculture. “This is the new normal. You either acquire or get acquired.”

“I think this is great news,” he said. “I suspect people in Winnipeg may feel this takeover is bad for the economy but I think it’s an opportunity. This global transaction can only make the gateway to Asia more clear and direct.”

“I suspect people in Winnipeg may feel this takeover is bad for the economy but I think it’s an opportunity.”–Sylvain Charlebois, Dalhousie University food professor

Closer links to Asia, the largest pork consumers in the world, will benefit the industry in Manitoba. “That’s where the growth is. Let’s be honest here. The growth is not going to be in Canada,” he said.

Outgoing president Claude Vielfaure said the company was looking for a strategic investor when CP Foods came along. While HyLife had made many inroads into the Asian market on its own, CP Foods is just so much bigger with operations in 17 different countries around the world.

1998 — The company builds its first finishing barn in Manitoba and the VL4/Janzen feed mill is expanded.

2001 — The company buys Fast Genetics in Spiritwood, Sask., which led to construction of barns in Canada and the U.S.

2002 — The company is renamed Hytek Ltd., with a focus on efficient hog and meat production.

2005 — It enters a partnership with Ceres Groupe to expand genetic and nutrition sales in Eastern Canada.

2007 — Hytek signs a joint venture agreement with Tianzow Food for the startup of a genetic company in China.

2008 — Hytek enters the Chinese market with a sale of purebred genetics.

2015 — Construction begins for a 250,000-tonne feed mill called Randolph Feed Mill in the town of Randolph.

2018 — HyLife completed a $176 million expansion that included new barns, a new feed mill in Killarney, and expansion of the Neepawa processing plant.

“(CP Foods) has always been interested in investing in pork production in North America because it diversifies them all over the world,” Vielfaure said. It will also expand the presence of CP Foods in the U.S.

CP Foods is a vertically integrated company involved in pork and poultry, aquaculture (fish and shrimp), animal feed and restaurant businesses. It’s a family business owned by Dhanin Chearavanont, reputed to be the wealthiest man in Thailand.

Vielfaure said the culture at the family-owned CP Foods is similar to the culture at HyLife, which in 2011 was given “platinum status” as one of Canada’s 50 best-managed companies.

Vielfaure said employees at HyLife, which is also involved in feed manufacturing and hog genetics, will see benefits. “(CP Foods) want our current team and current staff driving the business,” he said.

As far as producers, “it will open more doors for HyLife internationally.”

The Transpacific Partnership signed last year between Canada and five other countries, including Japan and Australia, helped the transaction. After all, Canada exports 70 per cent of its pork.

“It wasn’t the deciding factor but it was a very complementary factor,” Vielfaure said.

“When people invest in a company they look at where Canadian pork can be exported, so all trade agreements are important.”

Andrew Dickson, Manitoba Pork general manager, was saddened to learn HyLife will no longer be locally owned. However, the purchase should accelerate the company’s expansion and that will be good for hog producers, he said.

The sale is recognition that Manitoba is a world class player in the market.

“They have deep pockets that can weather storms better than most.”–Andrew Dickson, Manitoba Pork general manager

“It tells us that outsiders regard this province as full of opportunity,” Dickson said.

“The Japanese partner, along with the Thailand company, are both very large international companies and provide a significant amount of stability to the industry,” he said.

“They have deep pockets that can weather storms better than most.” 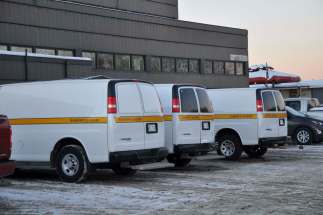 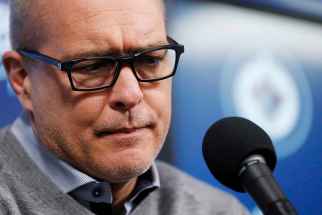 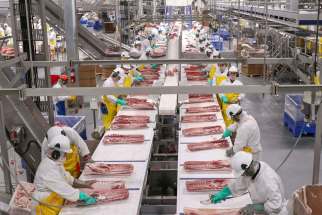 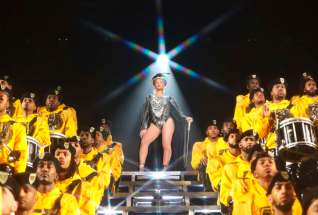 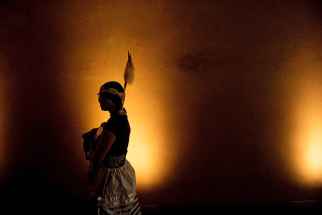 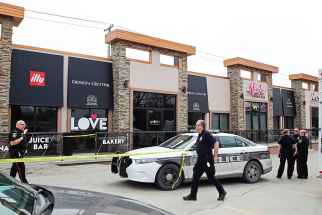 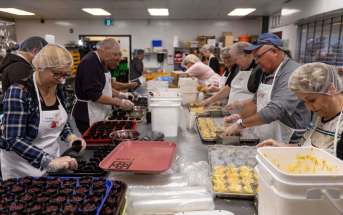 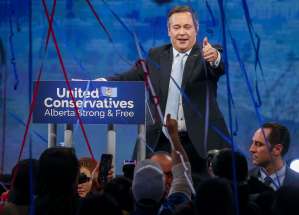 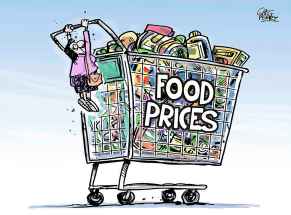 Cracks in the ice The queen of determination