St. Vincent, who now runs the year-round goaltender academy Top Shelf Goaltending in his hometown of Ste. Anne, has invented an innovative piece of protective gear called Blok to protect goalies from getting their blocker index finger and knuckle from being hit with the puck.

Every goaltender, no matter what level they play, has been injured from pucks flying up the paddle of the goalie stick into their hands and fingers, he said.

“I ended up breaking my finger, and it’s pretty common in the goalie world to have that happen,” said St. Vincent, who suffered the injury in his first professional season in 2004 with New Mexico Scorpions of the Central Hockey League.

“So what I did was I created something that could help all goaltenders, whether it’s young, older, NHL, beer league, it doesn’t matter.”

The Blok, made from lightweight rubber, slides onto the goaltender stick’s shaft and sits near the top of paddle. It effectively blocks the puck from hitting the fingers or hand.

He created a makeshift Blok that he used in practices during his seven seasons of minor-pro hockey until his retirement in 2011.

Now settled in Ste. Anne with his wife and their three young daughters, St. Vincent got busy turning Blok into a business, along with playing senior A hockey with the Ste. Anne Aces.

“Manufacturers put padding there (on the fingers of the blocker) and custom padding, but it’s never enough. It never did what it had to do. If it (extra padding) did, it hindered my control of my stick.”

“I created something that could help all goaltenders, whether it’s young, older, NHL, beer league, it doesn’t matter.”

St. Vincent’s friend Phil Dupuis of the product-development company Be Unlimited, helped design Blok, and 15 prototypes have been produced. They are being tested right now by teams such as the St. Louis Blues, San Jose Sharks, Canada’s national women’s hockey team, Winnipegger Calvin Pickard of the Arizona Coyotes and a couple of local goalie prospects.

St. Vincent, who has a patent pending on the product, said he will be taking the product to a conference for hockey equipment managers and trainers in Austin, Texas, and also meeting with the Winnipeg Jets next month.

“I spoke to the training staff of the Jets, that’s one thing that they (goaltenders) struggled with was (Connor Hellebuyck) getting struck in the finger like that all the time,” said St. Vincent, who is remembered by local hockey fans for backstopping the Southeast Blades against the eventual champion Opaskwayak Cree Nation Blizzard in the 2003 Manitoba Junior Hockey League series.

“I talked to Calvin Pickard and he says he’s busted his finger wide open from the pressure of the puck. I talked to the Team Canada women, after the world’s (2019 IIHF championship), and they both told me they still have marks on their hands from the pucks.”

The Blok is designed to be used by goaltenders in practice, training and warmups; it is not approved as game gear.

St. Vincent did some research finger and hand injuries caused by pucks. He said the average professional starting goaltender faces 30,000-40,000 shots per season between practices and games. A backup goaltender could face more because of extra responsibilities in practice. Young amateur players could face 10,000 shots in a season.

In game play alone, a professional goalie could face about 2,200 shots, based on an average of 26 per game in an 82-game season.

“If you think about it, Carey Price’s finger is worth $7 million,” he said, referring to the Montreal Canadiens goalie’s annual salary. “You want to protect that investment.”

St. Vincent expects to begin selling the $29.99 Bloks in July via his website, www.goalieblok.com. 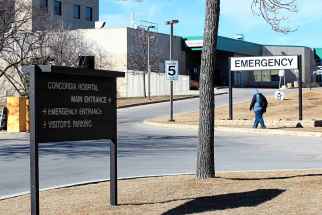 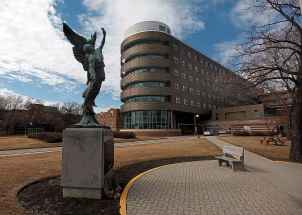 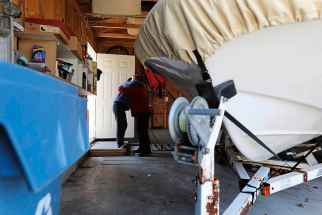 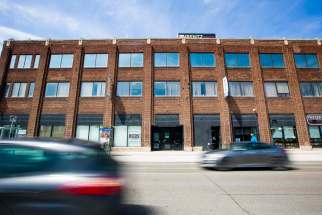 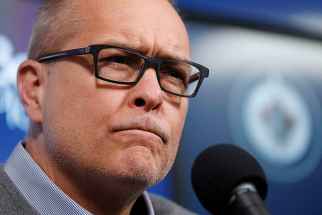 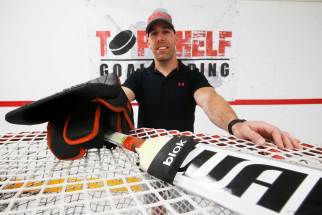 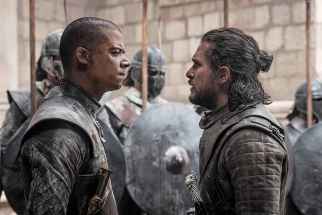 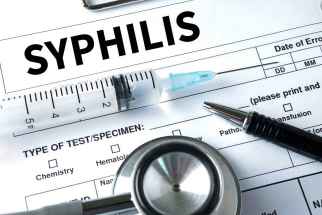 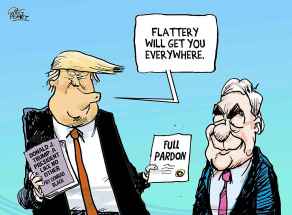