A local candy company is leveraging close to 100 years of experience making chewy fruit candy into a brand new operation that will put Winnipeg in the centre of the cannabis confectionery map for Canada.

A local candy company is leveraging close to 100 years of experience making chewy fruit candy into a brand new operation that will put Winnipeg in the centre of the cannabis confectionery map for Canada.

James Fletcher, whose family owns Cavalier Candies, is 20 per cent owner of the Edible and Infusion Co. which is now in the final stages of the process to receive a licence from Health Canada.

In partnership with AgraFlora Organics International, an integrated cannabis company based in Vancouver, the $20-million operation is now just tinkering with final recipes awaiting its production licence which company officials believe should be in hand to start production before the end of the year.

“Unlike licenced producers who have to wait to grow their crop after they first get their licence, we can start production the very next day,” Fletcher said.

The 51,000 square foot plant features all sorts of automated equipment and is designed to produce about 250,000 pieces of candy per eight-hour shift. Depending on demand the plant will require between 80 to 120 employees.

In the meantime, the plant has been fitted out with all the stringent safety and security features Health Canada requires, including lots of stainless steel, about 300 video cameras, scanners on every single door and, according to Fletcher, “about 50 miles of cable.”

“Unlike licenced producers who have to wait to grow their crop after they first get their licence, we can start production the very next day.”
– James Fletcher

John Fowler, one of the original founders of the Canadian cannabis industry and the former president of Supreme Cannabis, is a consultant to AgraFlora in its efforts to become a vertically integrated operation with cannabis production in British Columbia (which was just licenced) as well as a joint venture in a cannabis oil extraction business in Ontario and now a confectionery production in Winnipeg.

He said there is a high degree of confidence that it will be successful in its manufacturing licence application that was just submitted.

“Our team has made some great decisions around infrastructure and procedures and quality and safety, all the things we believe Health Canada is looking for in a successful application,” he said.

With edibles regulations only recently having been established, company officials believe they will have a leg up not only because this plant will have been planned after the regulations were finalized but also because it is focused exclusively on gummies whereas others in the country have gone with chocolates or baked goods.

“Anecdotally, try to buy gummies today. They are sold out constantly,” Fletcher said. “With uncertainty as to whether gummies would be legal, all the big manufacturers went with chocolate. The most in-demand item is gummies and very few are making them in Canada.”

Fletcher said the undertaking will not be too much different from the business Cavalier has been doing for 98 years. It already has supplier contracts for sugar, glucose and flavour ingredients. It just has to account for the strong pungent flavour of the cannabis oil so that it doesn’t taste like chewing on a marijuana plant.

“The challenge for us is really in making sure we pick the right flavour profile to be able to mask that,” he said.

Getting into the cannabis edibles business is not such a stretch for the family known for its soft, chewy fruit gummies, and it had been looking into getting into a new building for a while.

“This was not that much of a jump for us,” Fletcher said. “We’ve done lots of research and planning and looking at equipment. Then this opportunity came along. It was perfect timing to be able to take all the research and planning we have done and deploy it immediately to make something in high demand.”

Fowler said with the initial capacity the plant will have the ability to generate close to $100 million in annual revenue.

It is being designed as a private label manufacturer and discussions are underway with many of the largest cannabis companies.

“That will let us scale up quickly in line with demand,” Fowler said. “Our primary focus between now and licensure later this year is building relationships with private label clients so that we can know exactly what level of demand we are producing for.”

Fletcher said that while the black market edibles claim to have higher THC quantities that labelling is often not accurate.

But he said inexperienced consumers will be satisfied with 10 milligrams. And for the experienced enthusiast there is no regulation against buying and consuming more than one package at a time. 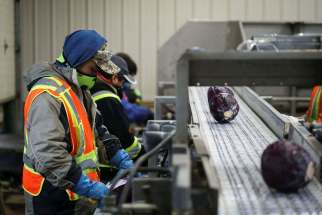 Don’t bet on clueless when it comes to helping homeless 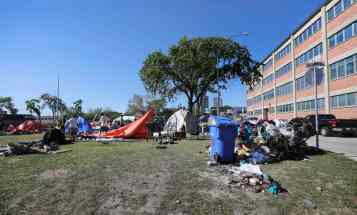 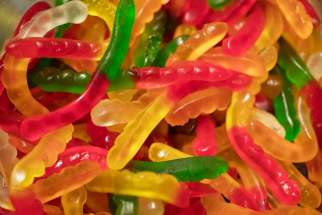 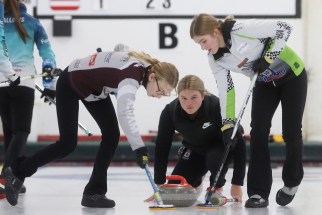 If you can’t beat it, develop a series about it 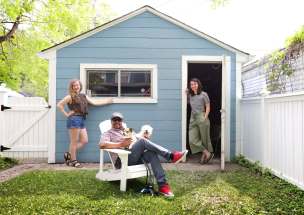 Pandemic no excuse to forsake legislature 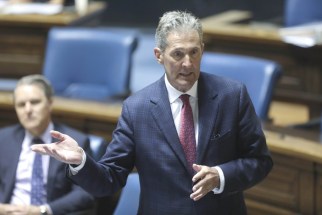