OTTAWA - The House of Commons ethics committee has put off to next week a decision on whether to demand records of the Trudeau family's speaking engagements as part of a probe of how WE Charity was given responsibility for a vast federal volunteer program.

OTTAWA – The House of Commons ethics committee has put off to next week a decision on whether to demand records of the Trudeau family’s speaking engagements as part of a probe of how WE Charity was given responsibility for a vast federal volunteer program.

Conservatives on the committee want the documents; Liberals said the committee has no business inserting itself into an investigation the federal ethics commissioner is already conducting.

WE gave up running the $912-million volunteer program amid controversy over hundreds of thousands of dollars in fees the WE organization paid to members of Prime Minister Justin Trudeau’s family for appearances at WE events.

Trudeau has said he should have recused himself from the decision but didn’t.

Finance Minister Bill Morneau, one of whose daughters works for an arm of the WE organization, has said the same.

The Tories say the committee needs to understand how well the government’s conflict-of-interest regime works and the WE Charity deal presents a case study.

“Let’s put some sunlight on this,” said Ontario Conservative MP Michael Barrett, his party’s ethics critic, as the meeting began.

According to WE, most of the fees went to Trudeau’s mother Margaret, a mental-health advocate, for events between 2016 and 2020, and Justin Trudeau has never been paid anything.

Quebec Liberal MP Brenda Shanahan argued the ethics committee is not an investigative body. It broadly oversees the work of people such as federal ethics commissioner Mario Dion, she said, but doesn’t do probes itself.

Dion is investigating Trudeau and Morneau in the affair, to determine whether they violated the Conflict of Interest Act.

Shanahan said that’s the way the probe should be carried out, rather than have a Commons committee nosing through the finances of Trudeau’s relatives.

“Is that really the way we want to go? Investigate everyone publicly? When there are other tools available?” she asked.

Other Liberals on the committee such as Greg Fergus and Elisabeth Briere echoed her, insisting the committee only has a role to play if the ethics commissioner somehow can’t act.

Both padded their ideas out with long disquisitions on the history of democracy, back to Greek city-states, and how members of the executive branch are properly held to account.

New Democrat MP Charlie Angus accused them of filibustering, running out the clock on the meeting, and not even doing it particularly well under the rules.

“I mean, I love the stuff about ancient Athens, he can talk about ancient Sparta … but he needs to be introducing new material,” Angus said of Fergus.

In the end, Angus proposed a compromise that would see the committee seek the speaking records only so they can be handed over to Dion, and also directly call the prime minister to testify before the group.

He voted with the Liberals to break until next week to consider the idea, a move Fergus promised is not just a delaying tactic to defend Trudeau.

The Conservatives accused the Liberals of seeking to shut the committee down in a coverup.

Thursday, the Commons finance committee heard from Youth Minister Bardish Chagger and senior public servants about how the arrangement with WE came together after Trudeau announced plans in April for a volunteering program for students who couldn’t find work this summer because of COVID-19.

That committee heard WE pitched the government on a different but related project days before the announcement, and officials saw the group’s connections with young people as vital to making the government’s program work.

The Conservatives wrote to the lobbying commissioner Friday, seeking an investigation of whether WE’s contacts with the government should have been recorded on the federal lobbying registry.

The Conservatives have also called on the RCMP to investigate whether anything in the affair was criminal. The Mounties said Friday that they’re “examining the matter carefully with all available information and will take appropriate actions as required.”

This report by The Canadian Press was first published July 17, 2020. 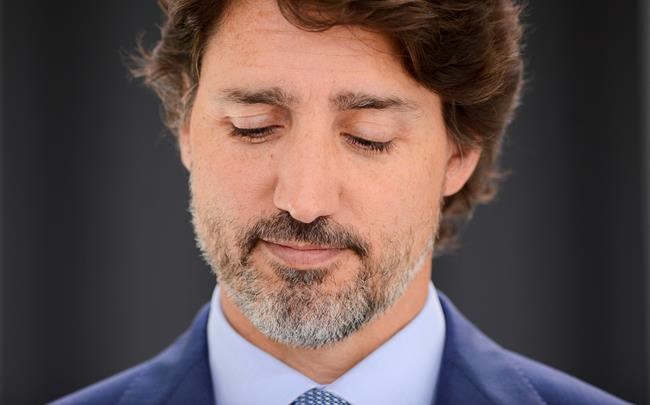 Tories, NDP ask for new probe of Morneau, WE 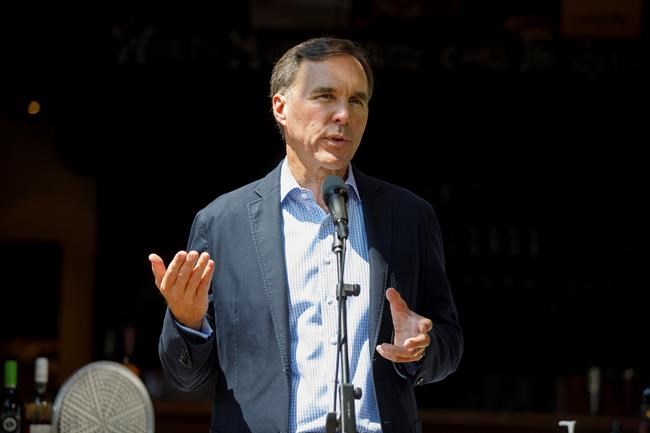