On the evening of Oct. 14, 2007, the Cartwright Community Centre arena burned to the ground.

On the evening of Oct. 14, 2007, the Cartwright Community Centre arena burned to the ground.

Fondly referred to as the Clipperdome, it was a communal space in the small Manitoba town of Cartwright, about 180 kilometers southwest of Winnipeg. It was especially lively in the winter, when the hockey arena was a busy hub for locals to connect, many of whom were members or knew members of the Cartwright Clippers senior hockey team.

“Sorrow” was the word Vicki Wallace — the editor, publisher and sole reporter of Cartwright weekly newspaper the Southern Manitoba Review — used when describing the fire and the community’s response.

“I’ll tell you right now, you made me cry,” she told a Free Press reporter when recalling the time.

“It was really tough … there were people stopping by the next day, a steady flood of people, pulling over and looking at it. And most of them crying. You couldn’t even believe it.”

While some larger publications relegated the story to a brief blurb, Wallace got to work. It was the most difficult story she ever had to write, and the coverage — which included several pages summarizing the events, community response and a thank-you note from the community to the firefighter and emergency teams on-site — won her a Manitoba Community Newspaper Association award for Best News Story in 2008. She would follow the story for the next two years until the “joyful” reopening of the arena.

While it may seem overwhelming to imagine a single person keeping a newspaper going, Wallace is not alone. Her efforts, and the efforts of many others like her, are recognized during National Newspaper Week, which is currently in its 80th year and lasts from Oct. 4 to 10.

“I feel like I am the keeper of the history of this town.” – Reporter, editor and publisher Vicki Wallace

The week seeks to recognize people like Wallace — community archivists and watchdogs who seek to provide coverage of all communities, from big cities to rural areas like Cartwright, which has a population of around 350.

As the sole worker in the Southern Manitoba Review’s office, Wallace wears many hats outside of reporting — she notes the printed editions, which reach around 700 people across Canada and the United States, are mailed out by hand, by her.

This makes it impossible to stick to a typical work schedule, Wallace said, and much of her time is spent thinking of and pursuing stories.

“You’ve got your camera in your car, you’re stopping at weird places and taking pictures. Every day it’s like that, and every evening is like that.”

The Southern Manitoba Review has a long history that Wallace was born into — the paper was founded by her great-uncle and grandfather in 1899, and her parents owned the paper before her. She began her time at the paper working with her father in 1984 and took over the lead position in 1988.

“When I was five, I was going to the newspaper office and catching the papers as they came out of the folding machine,” she said.

There’s a responsibility to act as an archival resource for the town, Wallace said — many of her weekly columns, which she uses to muse on whatever’s on her mind at the time, often draw from history, and many of her news stories touch on issues that would be lost to time otherwise.

“I feel like I am the keeper of the history of this town,” she said.

Nearly a four-hour drive away, two other local independent weekly newspapers face many of the same hurdles and joys.

Their outreach is considerably larger — Clipper Publishing, which publishes two weekly issues (The Clipper Weekly and The Lac du Bonnet Clipper) meant to cover the span of Manitoba’s North Eastman region — reaches 13,000 addresses from the span of Bird’s Hill Park to the Ontario border.

There are, however, only three full-time editorial staff on board, including president and editor-in-chief Mark T. Buss, who bought out its former co-owner Kim MacAulay in July 2019, and now owns the company with his wife.

Buss, who has been in the journalism industry for over 25 years, lists off other newspapers in the same coverage area that were bought out and subsequently shut down by media chains over the years — the Lac du Bonnet Leader and the Beausejour Review, both owned by Postmedia, were shuttered in 2013. The Beausejour Review, Buss said, closed its on-site office in 2010.

“(The Beausejour Review was) putting out a newspaper, but they were doing it from a distance, which is part of the problem of these corporate purchases,” Buss said. “They’re not from the area, and they don’t particularly care about them.”

It was then when staff at The Clipper Weekly had an idea — the staff who had been laid off as a result of the closure got scooped up, office space was rented and The Lac du Bonnet Clipper was born.

“They had about a week off work, that was it,” he said,

This type of situation with weekly community papers is not unique, Buss said, and it’s often the papers that can exist independently of larger corporations that are able to report closest to the ground and stay afloat in the meantime.

“Everyone’s holding their own, and a big part of that are the ones that are community-owned or independently-owned are still doing well, these are still viable businesses,” he said.

“Everyone’s holding their own, and a big part of that are the ones that are community-owned or independently-owned are still doing well, these are still viable businesses.” – President and editor-in-chief Mark T. Buss

Papers that cover communities like Beausejour, Lac du Bonnet and Cartwright are “the lifeblood of the community” in his eyes — to lose that local coverage, Buss said, is for a community to “lose a bit of itself.”

Wallace laughs when she’s asked if there is a succession plan for when she retires — she’s 66, and looks to do so within the next few years — but then her voice shifts to a more somber tone. It’s been weighing on her for years, as she’s watched advertising dry up both commercially and at the federal and provincial level. She hears concerns from Cartwright locals constantly who fear that when she retires, local news coverage will simply cease to exist.

“These are my people, and this is my place, and that’s where the value is of a small-town paper. It’s for its own people.” – Reporter, editor and publisher Vicki Wallace

“I’m just not sure if I see a future for the paper for much longer, and everybody here gets it, and lots of the young people love it — the old people, they really, really love it,” she said.

While she’s not sure what the future holds for the Southern Manitoba Review, her mandate remains steadfast — for now, she will keep following stories, no matter the size, that matter to the people of Cartwright.

“My paper, it’s always been local, local, local. I comment on lots of things from further fields, but I always try to bring it back to how it relates to us, how it affects us here, because that’s the market I’ve got,” she said.

“These are my people, and this is my place, and that’s where the value is of a small-town paper. It’s for its own people.” 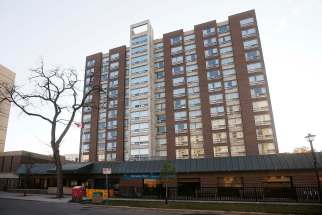 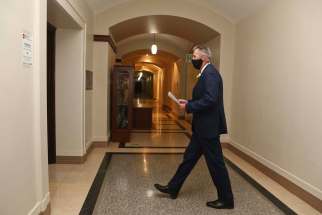 Should Pallister stay or should he go? 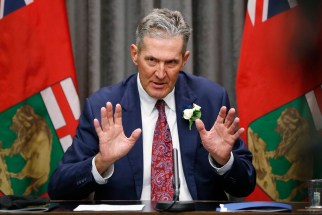 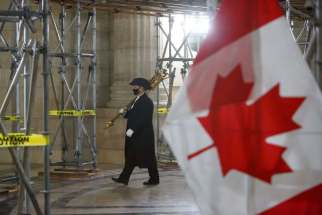 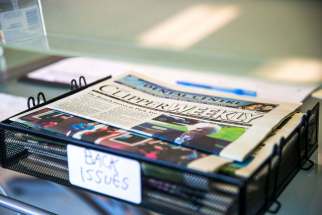 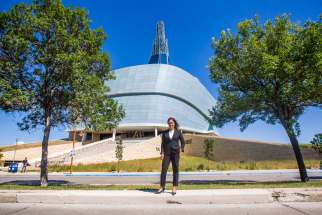 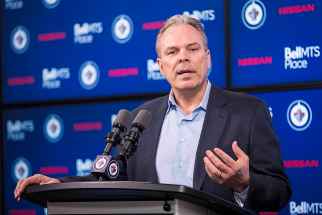 Good reason for another trip to Ottawa 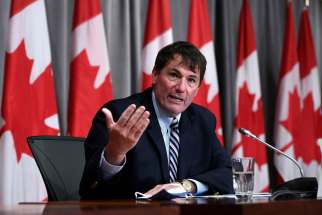