A popular pub-food joint is preparing to open its doors in the heart of Osborne Village, bringing some locals visions of a change in the community’s pace and perception.

A popular pub-food joint is preparing to open its doors in the heart of Osborne Village, bringing some locals visions of a change in the community’s pace and perception.

Leopold’s Tavern will offer its poutine, burgers and brews at the former Cornerstone Bar and Restaurant this coming spring.

“Cornerstone not being here anymore is such a huge blow to the area, and I just hope that we can live up to that and put our own mark,” said Kurtis Tokarchuk, the company’s front-of-house city general manager.

The building’s lights have been off for most of the pandemic. It’s an empty vessel at the intersection of Osborne Street and River Avenue, near a Safeway and several small businesses.

Thousands of people drive, walk and bike by daily, according to Lindsay Somers, the Osborne Village BIZ’s executive director. The emptiness at the corner puts a damper on people’s view of the central Winnipeg neighbourhood, she said.

“Judging from what I can gather, there actually haven’t been that many closures,” Somers, who’s been in the role for seven weeks, said. “Having the presence on that corner, it will begin to change the perception that is maybe falsely there.”

Leopold’s Tavern champions the motto “Designed to be neighbourly” and a hole-in-the-wall aesthetic. Posters, stickers and instruments that patrons bring in litter each location’s walls.

“It’s a place where people can go to watch the game, go on a date, meet up with one friend, meet up with a group of friends. It’s really well-suited to the needs of the neighbourhood,” Somers said.

The Saskatchewan-born chain opened its first Manitoban location in South Osborne in 2018. Since then, it’s settled in Bridgwater and on Academy Road. Another will open at 1347 Henderson Hwy. in January.

Despite the hurdles created by the pandemic, Leopold’s Tavern is growing without plans of cutting other locations, Tokarchuk said.

“The community support we have from the areas we’re established in has been huge, and that just gives us confidence to go forward,” he said, adding takeout was successful.

Thirty to 40 positions will need filling at both the Osborne Village and Henderson Highway locations.

“(Staffing is) always a concern, especially with what we’ve been going through over the last couple of years,” Tokarchuk said, adding all three of the city’s current locations are fully staffed and back to regular hours.

“We just want to be part of (Osborne Village) and continue to grow with the culture and the people out here.”

Regan Bueti, the owner of Style Bar — steps away from the new restaurant — is ready for a noticeable shift in foot traffic.

“I think it’s going to attract a lot of people back into the village. We’ve kind of been missing an anchor spot in the village that’s going to draw people in,” she said.

Her clothing shop sees more visitors when the nearby eatery is busy; people waiting for a table at Cornerstone would swing by and peruse.

Several active hubs, such as Segovia, have closed during the pandemic, Bueti noted. Stella’s Café and Bakery on Osborne announced its closure in May of 2020.

“Osborne always go through a high and a low. I think we were in the low, and I think we’re slowly going up,” Bueti said.

Vanessa Stachiw, the owner of Little Sister Coffee Maker near the former Cornerstone, agreed that Osborne Village has a cyclical nature.

“Seeing an empty space like that becoming reactivated is obviously great news for the corner, and for the whole neighbourhood,” she said. “It does feel like we’re in a reinvigoration period.”

Several restaurants have opened during the pandemic, including Loaded Pierogi and Spicy Grill East-Indian & Hakka Restaurant. The neighbourhood has 11,000 people living within 1.4 square kilometres, Somers said.

Next year, two mixed-use developments featuring commercial main floors and residential areas above will come to Osborne Village, Somers said, adding it can be hard for restaurants to find space in the area otherwise.

Project seen as great fit for ‘gateway’ to Osborne Village 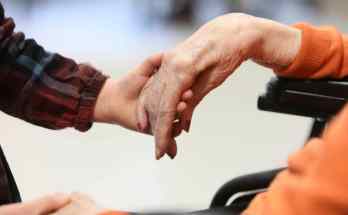 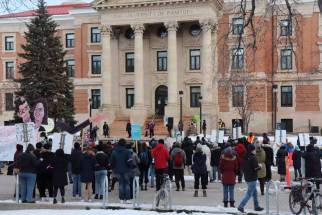 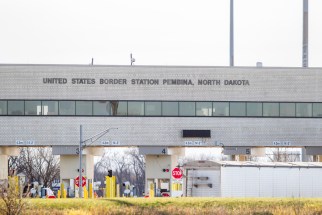 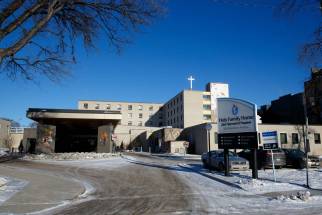 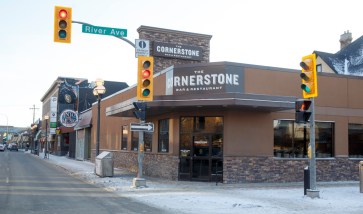 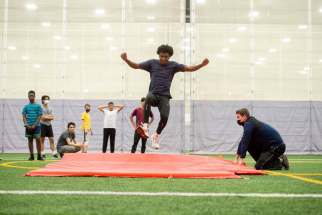 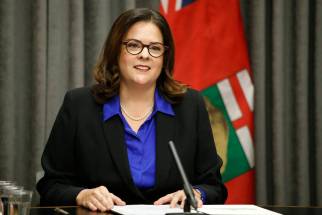