An electric vehicle (EV) might be extra desirable as the cost of fuel skyrockets. But, if you’re thinking of switching, you’ll need to get in line.

An electric vehicle (EV) might be extra desirable as the cost of fuel skyrockets. But, if you’re thinking of switching, you’ll need to get in line.

“Just this week alone… our staff were overwhelmed by people coming in,” said Trevor Nott, president of Nott Autocorp. “Nine out of 10 people that came in were all about Tesla.”

Teslas have jumped to 80 per cent of the dealership’s sales over the last two months, Nott said. Prior to, they made up less than 40 per cent, he added.

“People (are) obviously seeing the price of fuel, and it doesn’t seem to have an end or a ceiling,” he said.

He’s got the electric vehicles — pre-owned — in stock. Customers looking for a new Tesla are waiting until 2023 for their wheels, depending on the model, Nott said.

“There’s only so much supply that (Tesla) can provide for the demand, especially with the microchip shortage,” he said. “That’s why our pre-owned ones have been highly sought after.”

The dealership has been selling around 10 to 15 electric vehicles a month.

“Right now, depending on the car you’re driving, especially if you have to put premium fuel in it, it’s pretty crazy out there. You’re up to $200 to fill some trucks,” Nott said. “If you work that out on a monthly budget, you’re almost up to a car payment, in some instances.”

Charging a Tesla at home costs roughly $5 to $7, depending on the model, Nott said. Filling up at a public supercharger takes 20 minutes and sets drivers back about $15, he added.

Charging EVs can take up to half a day — it depends on a number of things, including battery size and the outlet’s charging rate.

Dan McInnis has been crunching numbers on EVs for years.

It’s a hobby for the province’s former assistant deputy minister of climate change. He’s considered transitioning to an electric or hybrid vehicle, and now, he’s committing.

“(My wife and I) would’ve gotten one eventually, but (the gas prices) just kind of speed it up,” McInnis said.

The retired engineer makes spreadsheets comparing the cost of owning an electric or hybrid vehicle to the cost of keeping one with an internal combustion engine. He’s confident that over 10 years, it’s cheaper to own an eco-friendly car.

“One of the things that’s near and dear to my heart is the impacts of climate change and what we’re doing for the next generation,” the 63-year-old said, adding he’d like to reduce his greenhouse gas emissions.

Still, he expects to drive his non-hybrid SUV for a while. He said the Kia EV6 he’s been eyeing has a 12 month wait list, and that he’s behind 100 people in the queue for a hybrid Toyota RAV4 Prime.

The vehicles are a bit pricier, but they’re worth it, McInnis said.

“You get a good return, and it’s a pretty safe investment,” he said. “But, you still need that money up front, or the ability to borrow that money.”

Drivers also need the space and money for a charging station. Outlets cost $800 to $1,000 at Nott Autocorp.

Dealerships across the city have experienced a surge in electric and hybrid vehicle sales. Ralph Wasserberg, the general manager of Winnipeg Hyundai, said he noted a “huge uptick” last year.

Almost all sales are factory orders, Wasserberg said. Customers might wait four to five months for an electric vehicle. But, every new EV and hybrid model is available for a test drive, Wasserberg said.

“I’d say there’s definitely an influx in moving towards (a) plug-in hybrid, where… you do have the option of being fully electric and then still have that gas back-up to take away that EV anxiety,” he said.

Divlaj Randhawa, a salesperson with Crown Honda, said he gets at least two inquiries daily regarding electric vehicles.

“They don’t want to deal with the gas prices,” he said.

Honda doesn’t sell purely electric vehicles yet. Randhawa said he tells clients about hybrid options, and they jump on those. However, the cars aren’t ready for driving off the lot — it’ll be at least a month, Randhawa said.

An employee at Winnipeg Kia said their phone has been ringing “off the hook” for electric and hybrid vehicles this past week. The branch isn’t electric certified, but other Kia dealers in the city are, they said.

At the end of last year, seven per cent of Manitobans drove hybrid vehicles, and one per cent drove electric, according to findings from a Probe Research poll commissioned by CAA Manitoba.

In 2019, a combined five per cent of Manitobans drove hybrids or fully electric.

Tips for saving money at the gas pump

Saving dollars can be crucial as the price of nearly everything rises. Heather Mack, CAA Manitoba’s manager of government and community relations, gave some pointers for reducing fuel spending.

1. Plan ahead. “Try to combine your trips. (Don’t do) the one-off trip just to get milk,” Mack said.

2. Lower your speed. Fuel efficiency is best around 50 km/h, and it decreases from there. Doing 100 km/h on a highway instead of 110 could lead to “significant savings,” Mack said.

Price is the biggest hurdle to buying such a vehicle, the poll found. Concerns about driving range came second.

There’s an education gap about electric vehicles’ range, Mack said. Winnipeg has 68 public charging stations, and there are ports along the Trans-Canada Highway for cross-country trips.

“You do have to plan ahead,” she said, adding people must plan to fuel their cars anyways.

“You need that infrastructure investment up front so that people will purchase electric vehicles,” she said.

Government incentives to purchase EVs will likely be coming in an effort to reduce greenhouse gas emissions, Mack predicted.

Lester Deane has been driving his Tesla since 2013. The gains in charging infrastructure have been immense, he said. He drove to Victoria, B.C. last summer.

“Incorporating an electric vehicle in your lifestyle is not as onerous as people might believe,” he said. “You learn to adapt and plan better.”

It could be limiting in some locations, he added. According to charging station finder PlugShare, there’s just two public outlets north of Swan River.

Province should drive its electric advantage 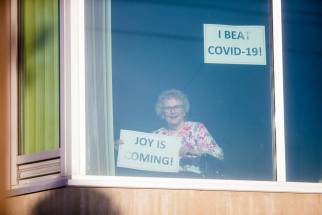 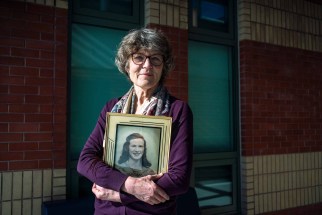 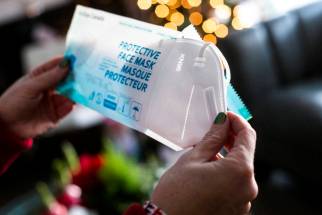 Demand for electric vehicles soars along with record-setting gas prices 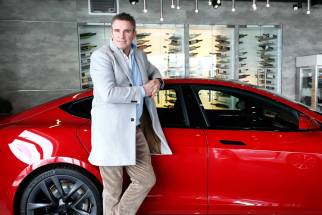 If it isn’t waste — and worse — at public works, what is it? 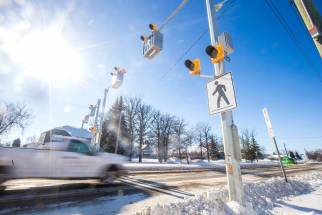 Wally Chartrand is keeper of the spirit at Ma Mawi 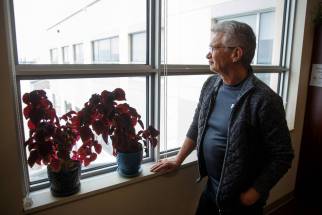 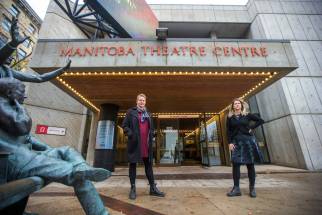 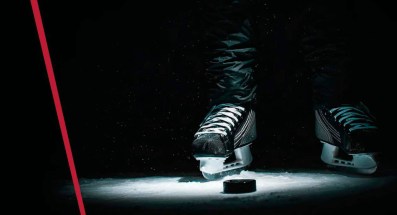 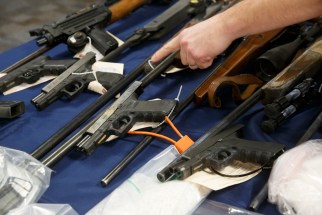 Manitoba ready to let her rip after two years of tiptoeing around COVID If it isn’t waste — and worse — at public works, what is it?