One car door closes, another opens

Rudy’s Auto Service to close, but Rudy already has some irons in the fire

Next Friday, the Epp family closes a chapter in the family history it’s been writing for the last 53 years, changing oil, fixing tires, flushing coolant and replacing brake pads.

Next Friday, the Epp family closes a chapter in the family history it’s been writing for the last 53 years, changing oil, fixing tires, flushing coolant and replacing brake pads.

It’s a history told in the collection of photographs on the walls of Rudy’s Auto Service, starting with a photo of Rudy Epp Sr. decades ago on his last day in Paraguay, on horseback, wide-brimmed hat on his head, a lasso in his hand.

Rudy Epp Jr. is there, too, as a child dangling playfully from the trailer hitch of a hoisted Dodge in an early iteration of the shop that’s always been on Erin Street, in one location or another. Life in the auto repair business founded by his father is all he’s ever known.

“I’ll be doing a lot of reminiscing over the next few months,” Epp Jr., 52, said, adding he’s ready for the change.

“COVID really changed the direction of the business,” Epp Jr. said. “I probably would’ve stuck it out a fair bit longer.”

He realized his need for a “contingency plan” when the virus first struck in March of 2020.

“My guys all came in that one Wednesday morning, and I didn’t have a single car for them to work on,” Epp, the shop’s owner, said. “We looked ahead on the schedule and there wasn’t another booking, and I had a full crew standing there.”

He had to lay everyone off. Since then, business has come back — though not to pre-pandemic levels — and there’s more staff. But, it’s not the same, Epp said.

It’s hard to shut the doors, he said. After all, he was named for his father, partially because it’d be easier to take over the business.

Epp Sr., born in Ukraine, was a Second World War refugee. His family moved to Germany, then South America.

As a young adult, Epp Sr. followed his brother from Paraguay to Winnipeg with the promise of work and $20 in his pocket.

Epp Sr. took a job at an engine rebuilding plant and honed his mechanical skills, his son said. The immigrant lived with a large family.

“Dad got the first car in the household and he struggled with English, so he kind of had to learn how to fix things himself,” Epp said.

That’s when Epp Sr. met his wife, Esther. She would borrow German auto repair manuals from the library for him to read.

He’d work on others’ vehicles at home.

“Eventually it got so busy with friends’ and family’s vehicles… (Dad and Mom) turned it into a business,” Epp said.

They moved Rudy’s Auto Service from a home garage to an old horse barn on Erin Street in 1972, three years after beginning. They shuffled to a three-bay shop down the road in 1973, and in 1980, they made the leap across two traffic lanes to 807 Erin St., where the company has stayed for 42 years.

“When all the other kids walked home after school, I went to work,” Epp, 52, said. “I literally grew up in the building here.”

Epp Sr. and Esther worked “basically every day,” and Epp and his sister Gisela helped from childhood through adulthood, Epp said.

“You move out of your childhood home, move away from your parents, but you still get to see them every day,” Epp said.

Times change: his dad passed 14 years ago, and his mom last November. His sister moved to a farm near Starbuck.

Meantime, the company kept growing. At peak, it had 10 employees, Epp said. Then the pandemic hit.

Epp gradually hired staff back after the first wave, but business hasn’t fully recovered, he said.

“We’re seeing by our car count that there must still be a lot of people driving less, maybe working from home,” Epp said. “Fuel prices are really high.”

And, Erin Street will be ripped up with construction this summer, creating headaches for customers, Epp said.

Ten-hour workdays are the norm, the auto industry is changing and property value is high — it’s time to sell, Epp said.

The news comes as a shock to decades-long customers.

“I will be lamenting the end of Rudy’s,” said Don Derksen, a customer for roughly 20 years. “You can define lament as ‘celebration of a passing good.’”

“You get the sense that they’re not trying to take as much money as they can,” he said.

Another customer walked out of Rudy’s in a daze recently after learning of the shop’s closure.

“Some of the (pandemic-era closure) stories were like this,” he said. “They were longstanding businesses and they may have been considering closing, and then conditions were such that they just moved it up their time frame.”

The West End saw a rise in closures and drop in new openings through the pandemic, but the pace of exits is slowing, Kornelsen said.

Over a quarter of Manitoba small businesses — 26 per cent — said they have “a long way to go” in recovering from the pandemic, according to an April Canadian Federation of Independent Businesses survey.

“Customers aren’t returning as quickly as we would like to for some types of businesses,” said Kathleen Cook, the CFIB’s Prairies and Northern Canada director.

Epp has vacations booked and visions of a new career connecting with auto shop owners or trades students.

“I don’t believe I’ve ever made a resumé in my life,” he said. “Now that it’s here and I’ve kind of mentally gotten over the separation anxiety… I’m quite ready to do something (else).”

Rudy’s Auto Service will close May 27. A woodworking shop will take over the space, Epp said. 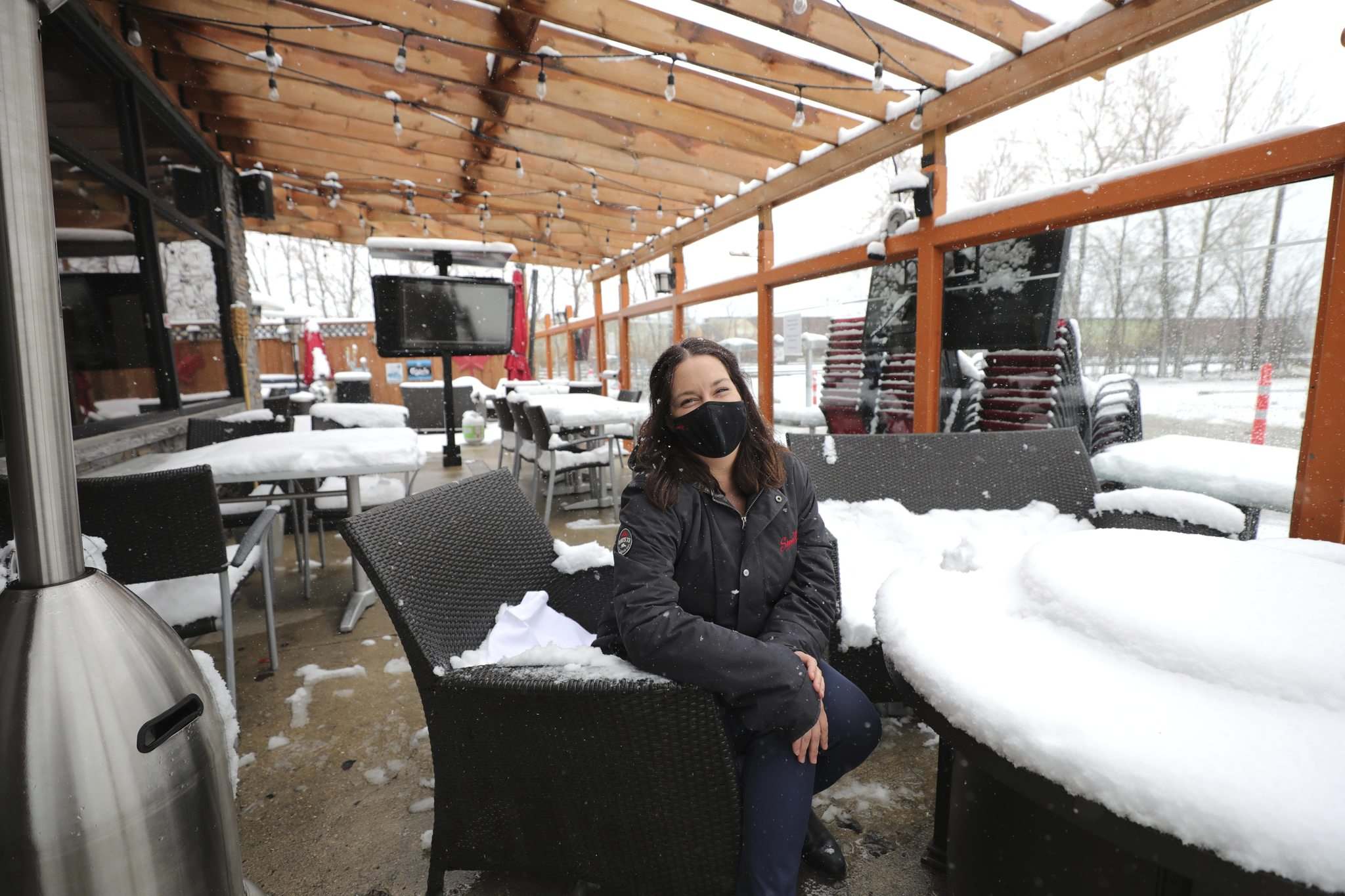