One of the most popular retail brands in the world, Gap Inc., recorded a 13 per cent decline in sales during the first quarter of the year.

One of the most popular retail brands in the world, Gap Inc., recorded a 13 per cent decline in sales during the first quarter of the year.

While Gap Inc.’s retail brands — Gap, Old Navy, Banana Republic and Athleta — remain strong, the company is paring back store counts, especially in its mall locations, part of a much larger re-imagining of shopping malls that had already started before the pandemic.

As part of that trend, the company’s Banana Republic store in CF Polo Park is closing later this month, ending a 10-year run at the city’s market leader.

“We remain committed to making appropriate and timely decisions on stores that don’t fit our vision for the future of Gap Inc.” – Spokesperson

A spokesperson from Gap Inc. said the market will continue to be served by the Banana Republic Factory Store at Outlet Collection in Winnipeg.

The company official said that it’s adapting to the current market conditions which includes meeting the increase in online demand and is reviewing its real estate footprint.

In October 2020, some months into the pandemic, the publicly traded company announced plans to close about 350 of Gap and Banana Republic stores across North America by the end of 2023, purposefully creating what they said would be a smaller and healthier fleet of stores.

“We remain committed to making appropriate and timely decisions on stores that don’t fit our vision for the future of Gap Inc.,” the spokesperson said adding that it is “encouraging” employees to find jobs with another of the company’s stores.

Considering the brand power Banana Republic and its sister stores carry, you might think that Peter Havens, the general manager at Polo Park, would be pleading with Banana Republic to stay.

But that was not the case.

“We had an opportunity for that space,” Havens said of the medium-sized 5,100 square foot location. “We didn’t want to renew them. They were happy not to renew.”

While that’s not to say the Banana Republic brand is waning — Banana Republic sales were up 24 per cent in the first three months of the year — the plan is to have about 870 Banana Republic and Gap stores in the US and Canada by the end of next year, compared to 1,216 in 2019.

A thorough analysis of Canadian shopping malls done by Deloitte early in the pandemic noted that pre-pandemic, about 60 per cent of retail floor space in malls was dedicated to fashion.

“If your concept was a bit marginal or just kind of hanging on before the pandemic, most likely that store did not make it through.” – Peter Havens, Polo Park general manager

But the Deloitte report, entitled The Future of the Mall, noted, “With the emergence of a more casual approach to dressing, as well as the dramatic increase in online stores offering free returns, many mid-market fashion retailers were already shutting down their bricks-and-mortar locations (before the pandemic).”

Havens is not so worried about the technical logistics, just that he keeps getting people to come to CF Polo Park.

Deloitte noted that even before the pandemic, foot traffic at Canadian malls was down 22 per cent in 2019 compared to 2018 and there was another 42 per cent drop in the 10 largest malls in the country comparing February 2019 traffic to February 2020, again, prior to the first COVID lockdown.

Havens agrees with that.

“If your concept was a bit marginal or just kind of hanging on before the pandemic, most likely that store did not make it through,” he said. “It’s like paring back a tree or some other plant. It allows room for new growth.”

One of Deloitte’s conclusions was that food offerings will become the new mall anchors, taking up the slack from departing fashion shops.

“We are really trying to find that wow factor,” Havens said.

For instance the recently opened EQ3 store at Polo Park, which Havens said is a fantastic addition to the mall (“I was grateful and honoured to be part of that”) has a high end café in the store.

“We are really trying to find that wow factor.” – Peter Havens

Havens said people who never entered the EQ3 store that was in the parking lot for 12 years are super impressed. The fact that it is a local company adds to the impact.

“It’s good to have partners that will leverage that experience piece in their new developments,” said Havens.

In addition to the closure of Banana Republic — with a new tenant standing by to move in — Browns and Aritzia are both in the process of building new stores in the mall.

Aritzia will move into an even bigger space than it currently occupies to make room for a café as part of its new store, making shopping there more of an “experience”— the retail buzz word of the day. 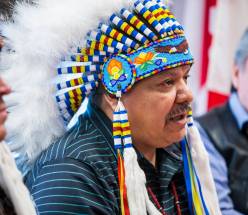 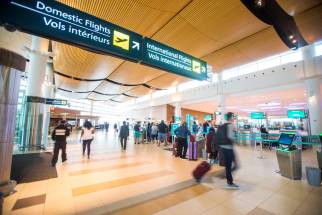 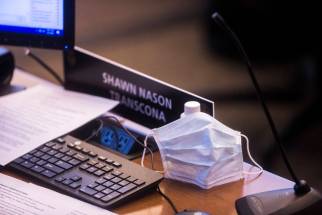 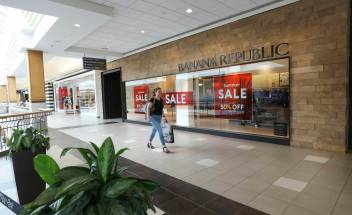 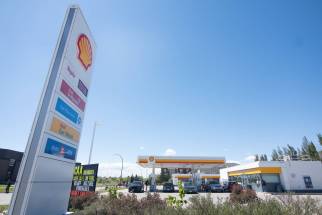 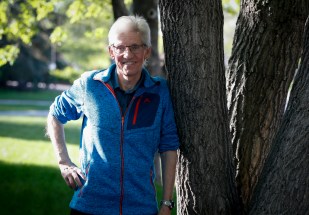 Collaros cleared after knock to noggin 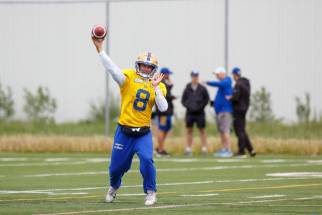 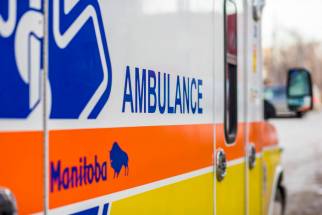