Where credit is due

Merasty, 24, a marketing and international business graduate of the Asper School of Business at the University of Manitoba, started his own business, The Indigenous Marketing Company, last year.

A member of the Flying Dust First Nation in Saskatchewan, Merasty grew up in Winnipeg. His father, who left the reserve when he was a teenager, is also a university grad and a certified public accountant (CPA).

His grandfather on his mother’s side is Ron Paul, founder of Ron Paul Garden Centre.

Merasty is part of Futurpreneur’s Indigenous Entrepreneur Startup Program (IESP) that was created in 2019. He had a good credit history, unlike many other young Indigenous entrepreneurs whose community has been largely excluded from the world of credit, partly because of the vagaries of the Indian Act. (Under the act, for instance, all land on reserves is owned by the Crown and is given to the First Nation or the band to hold as a community.)

Futurpreneur officials said that’s one of a number of significant obstacles to overcome for the growing cohort of budding entrepreneurs with Indigenous roots in Canada.

In fact, before the creation of the IESP in 2019, Futurpreneur CEO Karen Greve Young said the organization could not lend to clients on reserves.

“We ourselves had a barrier,” she said. “We had to change our rules and change the way we look at ownership for entrepreneurs on reserve to make sure we could serve that community.”

The fact that sort of change was only made three years ago is a stark reminder of the ground that needs to be made up as it relates to opportunities and supports for young Indigenous entrepreneurs.

But there is growing recognition of the importance of that journey. Last month RBC’s Economics and Thought Leadership group put out a paper called 92 to Zero: How economic reconciliation can power Canada’s climate goals, in reference to the Truth and Reconciliation Commission’s call to action number 92, which focuses on business and reconciliation.

RBC makes the point that Indigenous input in the country’s efforts to reduce its carbon footprint will be essential. Not only that, the report notes, “The growing wealth of Indigenous communities includes an estimated $20 billion in trust assets and up to $100 billion in outstanding land and other claims. This capital will be critical to ‘crowding in’ billions of dollars in private and public clean energy investment for net zero initiatives.”

Considering that Indigenous economic development undertakings historically have not had the same ability to leverage assets and take on debt, it is little wonder the community is under-represented in the Canadian economy, let along the startup ecosystem.

Futurpreneur now has about 100 young Indigenous clients in its lending/mentoring support program, a number that has grown by 50 per cent per year for the past two years. Clients can access up to $60,000 in low interest debt financing without collateral.

The substantial potential of the Indigenous market is somewhat borne out by Merasty’s own instincts to name his company The Indigenous Marketing Company, in anticipation of the demand for marketing services. After his first year in business, about 80 per cent of his clients are Indigenous.

“Lots of people are looking for an Indigenous marketer,” Merasty said. “Luckily with that name, lots of people are coming across my company, and I am making lots of great partnerships with clients across the country.”

As well as the need to change its actual lending structure, Futurpreneur has leaned on its institutional commitment to diversity, equity and inclusion (DEI) after some initial mis-steps, like naming a non-Indigenous person as its first director of the IESP.

That changed when Holly Atjecoutay, a Calgary-based Cree-Saulteaux entrepreneur who had been a Futurpreneur client, was appointed director earlier this year.

“The program was created and is facilitated through an Indigenous world-view,” Atjecoutay said. “We are constantly re-programming and innovating the various ways the program is delivered to communities across the country.”

She said the organization is cognizant of the importance of having staff — as well as Indigenous mentors — with lived experience who can be seen as role models.

Another piece of the process is ensuring Indigenous entrepreneurs are able to access resources like the IESP as well as other support services, including business incubators like North Forge Technology Exchange.

Joelle Foster, CEO of North Forge, acknowledges the need to go the extra mile for under-represented communities. North Forge currently has 14 Indigenous entrepreneurs, with two more in the wings in its program.

“Dealing with barriers that any under-represented groups — Indigenous, women, BIPOC, people with disabilities — is an important part of our new mandate,” she said. The organization is opening up a satellite office in Thompson later this month, with all programming being designed in conjunction with Indigenous organizations.

Greve Young said, “There is a lot of small business activity in the Indigenous community; it’s just that they do not get the resourcing they need or deserve relative to the mainstream.”

Futurpreneur also has a mandate to take under-represented communities and “resource them for success,” she said. The organization also operates a program targeted at young Black entrepreneurs.

Noah Wilson, a member of the IESP’s small business development team and of Peguis First Nation, said that one of the biggest challenges they have with young Indigenous entrepreneurs is access to traditional credit streams and getting them prepared to have a credit history that allows them to apply for loans.

“Those kind of conversations don’t happen enough in our normal education system,” he said. “We need to make sure we prioritize that in our inner city communities and on reserves. It’s super important to establish that credit history and background.”

Wilson, who also co-chairs the Truth and Reconciliation advisory council at the Winnipeg Chamber of Commerce, said “Broadly speaking we are really seeing a movement towards prioritizing the importance of Indigenous entrepreneurship in this country. Ultimately it will be beneficial to everyone.”

But he said it’s key to face the hard truths the Indigenous community faces all the time.

“Across the board, whatever industry you’re talking about, Indigenous people have historically not had the ability to totally access these systems and participate in the economy,” said Wilson.

But he said there is a real shift in the conversations that are happening in the entrepreneurship community around the importance of creating inclusive environments for new Indigenous entrepreneurs. 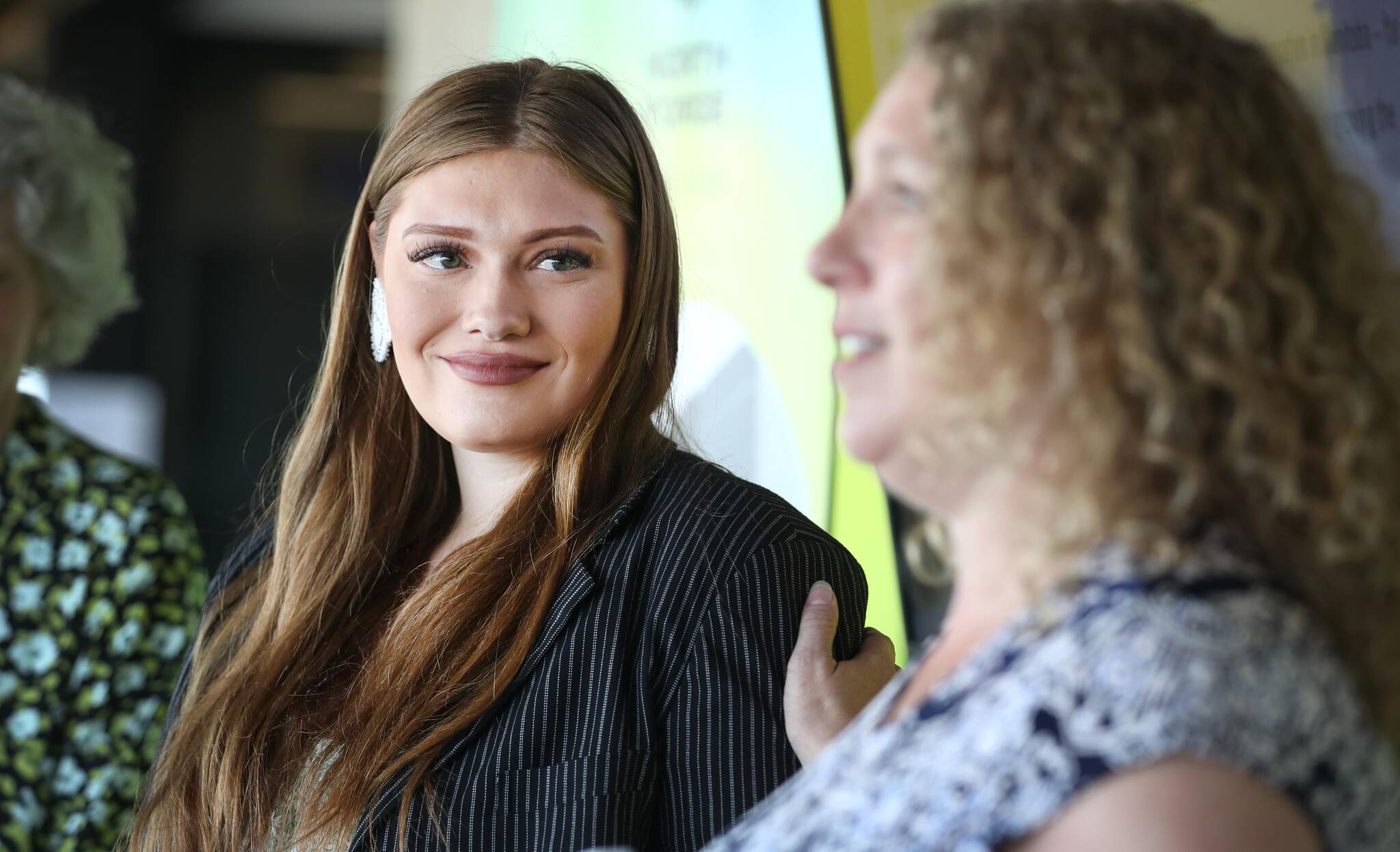