Shoplifting is on the rise at some Winnipeg grocery stores amid an addictions crisis and soaring living costs, while demand for food hampers is surging as families feel the squeeze.

Shoplifting is on the rise at some Winnipeg grocery stores amid an addictions crisis and soaring living costs, while demand for food hampers is surging as families feel the squeeze.

“I’ve had the store for 20 years, and I’ve never seen theft to this point,” he told the Free Press Monday. “As a small business owner, it’s the most frustrating part of my job, having to deal with (shoplifting). It’s a big issue, and it’s gotten worse.

“It’s something we’re routinely dealing with hour-to-hour in store. I recognize for people things are tough right now. Costs are going up and there is more addiction.”

Clement and Zeid said inflation and food insecurity are likely contributing to the spike, but they believe it is largely driven by substance addiction.

“The thefts we’re catching today are people walking in and filling a basket of meat so they can sell it, make a fast buck and feed their addiction,” said Zeid.

For supermarkets big and small, costs associated with product loss or additional security measures could be passed on to the consumer via higher prices.

Staff at Zeid’s five stores are catching as many as five or six shoplifters a day.

At Dakota Family Foods, employees are catching or deterring two to three people a day, said Clement. He said he’s updating his store’s surveillance-camera system, and his staff are being more vigilant to deter potential thieves.

Some larger chains have private security guards posted at the front doors. Clement and Zeid said the measure is too expensive for smaller stores like theirs.

“We’ve got more people on hand, sort of a dedicated person watching for shoplifters,” said Zeid. “There’s nothing more you can really do aside from having somebody actively watching.”

Both owners said the safety of their staff is a priority, as they acknowledged people caught stealing could become aggressive.

Zeid said management is likely to respond in a shoplifting situation. His staff will not engage the person if they feel the situation isn’t safe, he said.

On Oct. 15, the owner of a convenience store in the 100 block of Donald Street suffered a serious brain injury when he was attacked by people who were caught stealing items.

Shoplifting is considered an under-reported crime in Canada.

Clement and Zeid said “overworked” police are dealing with incidents that have greater urgency.

The Winnipeg Police Service does not keep data on food-related thefts.

“As for an increase, our office has not been made aware of any large spike,” a spokeswoman in the WPS public information office wrote in an email.

The year-to-year clearance rate dropped to 29.5 per cent.

Canadians are being hit hard by high prices for everything from groceries to gasoline, according to Statistics Canada data.

In September, food inflation grew at its fastest pace year-over-year (11.4 per cent) since August 1981, while the annual rate of inflation (6.9 per cent) declined for the third consecutive month.

Since December 2021, food prices have been accelerating at a faster rate than all other items in the Consumer Price Index — a basket of goods and services — due to factors such as poor weather, higher costs for fertilizer and natural gas and Russia’s invasion of Ukraine.

As families feel the pinch of higher costs, charities that provide food hampers to Manitobans are trying to keep up with growing demand.

The Christmas Cheer Board of Winnipeg started taking applications for hampers as its seasonal campaign got underway Monday.

The organization received more than 13,000 calls within the first hour of its phone lines opening. A lot were repeat calls as people tried to get through.

By comparison, there were 23,000 calls on the entire first day of last year’s campaign.

“We are just absolutely shocked,” executive director Shawna Bell said of Monday’s call volume. “What it is telling us is there’s a real need out there.”

The Christmas Cheer Board is expecting to provide more than 18,000 hampers this year. Last year’s total was just shy of 17,000.

Bell said the increase in demand is being driven by the rising cost of living, coupled with the arrival of refugees from Ukraine.

The organization is accepting food and toy donations at its warehouse at 1821 Wellington Ave.

Demand for hampers from Harvest Manitoba, the province’s largest food bank, has gone up by almost 40 per cent in the last year.

“We have never seen demand like this for food banks in the history of our organization,” said president and CEO Vince Barletta.

Inflation has put “huge pressure” on families across Manitoba, he said.

The organization, which accepts food and financial donations, has also been supporting refugees from Ukraine.

Heading into Harvest Manitoba’s busiest time of year, Barletta expects demand to remain high if people continue to be squeezed by prices.

“It’s going to be a tough winter for a lot of Manitoba families,” he said.

Loblaw freezes all No Name prices until end of January

Pronounced need in this season of giving 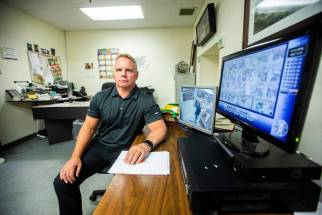 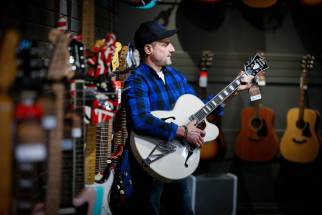 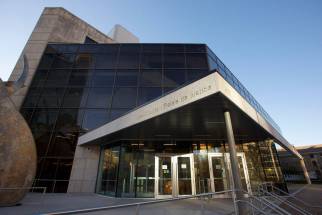 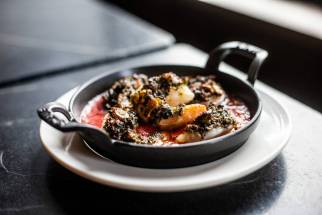 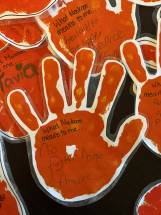 Sign of the times: Jets new culture on display in locker room
Time for a new approach to health-care financing 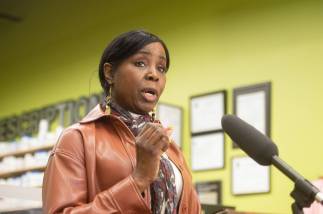