Gov. Gen. Mary Simon, the British monarch's representative in Canada, said in a televised statement Thursday evening that the late Queen was fond of Canada and considered this country to be her "second home."

Gov. Gen. Mary Simon, the British monarch’s representative in Canada, said in a televised statement Thursday evening that the late Queen was fond of Canada and considered this country to be her “second home.”

“Her Majesty cared about people, about our well-being. This was clear every time we spoke. She cared about Canada, and all the unique stories that make up our beautiful country,” Simon said at Rideau Hall, her official residence in Ottawa.

The first Indigenous Governor General also included comments in Inuktitut, adding to the words of remembrance being spoken “in countless languages around the world.”

She said the Queen, who died at 96 earlier on Thursday, had given her a piece of advice when she was appointed to the position earlier this year: “be gentle with yourself.”

“I’ve come to understand her words to mean that while we should work hard on the issues that matter, we should also take time to pause. To be patient. To lead with understanding and respect,” Simon said. “I can see the wisdom in these words.”

Prime Minister Justin Trudeau had spoken fondly of the Queen in a brief statement to reporters Thursday, during which he forced himself to maintain composure, his eyes red.

He said that the Queen had been one of his favourite people in the world, and that she served with strength and wisdom during her 70 years on the throne. Trudeau, her 12th Canadian prime minister, said he’s having trouble believing the last time he saw her was their last meeting. He called her “thoughtful, wise, curious, helpful and funny,” adding that he will “miss her so.”

Protocol calls for 10 days of mourning following the Queen’s death. A date will be announced soon for the funeral, which governors general and Commonwealth prime ministers are expected to attend in London.

A cabinet retreat in Vancouver continued Thursday afternoon as planned, but an expected announcement from Trudeau on affordability was cancelled, as was a planned fundraising event in the evening.

In the morning, amid news about the Queen’s declining health, ministers had changed into muted colours. Deputy Prime Minister Chrystia Freeland, initially wearing a bright red dress, changed into a black outfit, while Carolyn Bennett, minister of mental health, replaced her bright red pantsuit with a dark blue one.

Trudeau was the one to tell the ministers the Queen had died, a few minutes before he issued a public statement.

A statement from the House of Commons Speaker, Anthony Rota, noted that the Queen first visited Canada in 1951 before her accession to the throne.

Since then, she has “observed and shared in the development of modern-day Canada,” said Rota. He added that the current session of Parliament and the oaths taken by members are not affected by the news.

The Senate Speaker, George Furey, noted in a statement that the Queen twice delivered a speech from the throne in Canada. Her reign “will continue to instil and inspire the values of public service, selflessness and quiet dignity for generations to come,” he said.

Federal interim Conservative leader Candice Bergen called back to the Queen’s signing of the Constitution Act in 1982, saying it was a “profound moment.”

“Many will say today that her passing marks the end of an era, but truly, Her Majesty presided over two eras in Canada’s national life,” Bergen said. The constitutional update “clearly defined the beginning of a new era for Canada as a fully self-governing nation, while maintaining strong ties to the history that made us who we are.”

NDP Leader Jagmeet Singh said that while the Queen lived a life of history and duty, she was also a mother, grandmother and great-grandmother. “My thoughts today are for her family, who have lost a pillar of strength in their lives.”

Ralph Goodale, Canada’s high commissioner to the United Kingdom, said on Twitter that the Queen is “a profoundly important person in the most successful constitutional monarchy in world history.”

At Rideau Hall Thursday evening, Simon wrote the first entry into a condolences book that was to be made available to the public beginning at 9 a.m. on Friday. An online book of condolences is also available on the Canadian Heritage website.

Mourners left flowers outside Rideau Hall and on the steps of the British High Commission in downtown Ottawa, where a Canadian flag was draped over the railing on Thursday afternoon.

Suzanne Plante dropped off a bouquet there, taking a moment to collect herself through tears. “For my generation, her stability and her devotion, her service — her and her family have every problem that any other family has had to deal with it, and yet right up until two days ago, she was still working,” she said.

Elsewhere in the city, flags were lowered to half-mast, including at Ottawa City Hall and at the Peace Tower on Parliament Hill.

After the Queen’s 70 years on the throne, a transition of power is unfamiliar territory for the current Canadian government.

Succession from the Queen to her eldest son, now known as King Charles III, is automatic. There will be a series of formalities to recognize the change, including a proclamation from the Governor General.

But there will otherwise be no disruption to any governing bodies that sit in the Queen’s name, or to legislation, oaths and other legal documents issued in her name.

The details of how the 10 days of mourning will play out in Canada and what ceremonies Canadians should expect are still being worked out by officials.

“A lot of that remains unclear on how we’re going to exactly follow it in Canada,” says Philippe Lagassé, an associate professor of international affairs at Carleton University and an expert on the role of the Crown in the Westminster system of government.

Trudeau may mark a federal holiday for her funeral, Lagassé said, and could formally announce the Queen’s passing in Parliament.

This report by The Canadian Press was first published Sept. 8, 2022.

'We have only ever known one Queen': Prominent Canadians react to the Queen's death 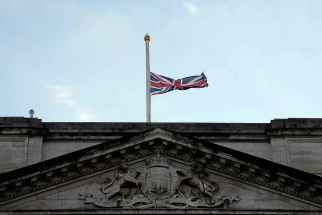 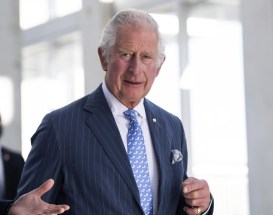 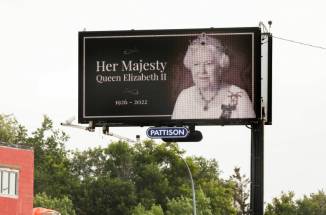 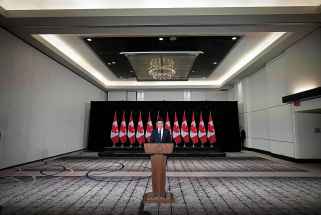 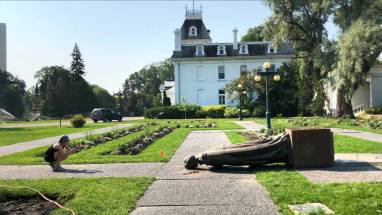 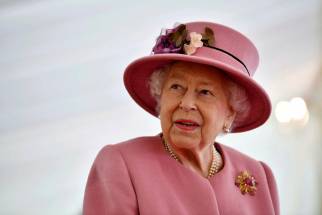 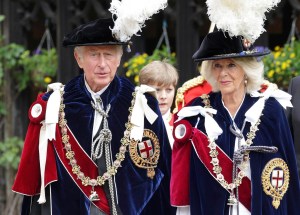 Brush with history Royal receptions: A look back at Queen Elizabeth’s visits to Manitoba