Bowman said that in 162 days of campaigning, Motkaluk has committed $1.2 billion in infrastructure spending without explaining how she’s going to find the funds. He suggested the only way she could cover the tab would be to cancel some of the $976 million city hall has already pledged for regional and local street work or impose unreasonable property-tax increases.

“Even if you’re a resident who might benefit from some of the unfunded, partisan commitments being made, the cost of paying for these promises through risky property tax increases, service cuts or the cancellation of existing capital projects would outweigh the benefits,” Bowman said.

The criticism comes in the wake of Motkaluk’s commitment Tuesday to replace the Louise Bridge and extend Chief Peguis Trail from Main Street to Route 90.

City officials have estimated the cost of a replacement bridge at about $220 million. The price tag on the Chief Peguis Trail extension has an estimate of $400 million.

Motkaluk said Tuesday that the two projects would balance road work that has been taking place in south Winnipeg.

Wednesday, she dismissed Bowman’s criticism as a sign he’s feeling threatened by her campaign.

“I am flattered but not surprised that Brian Bowman is feeling insecure enough about his unremarkable four-year track record and conspicuous absence of real priorities that he has chosen to critique my substantive platform rather than offer a genuine vision,” Motkaluk said in an email to the Free Press. “Is this all his campaign has left to resort to?”

Motkaluk denied there is anything “partisan” about her campaign commitments, adding she’s been endorsed by two incumbent councillors from both ends of the political spectrum: left-leaning Jason Schreyer (Elmwood-East Kildonan) and right-leaning Jeff Browaty (North Kildonan).

Motkaluk cancelled public events Wednesday because she was ill, but vowed to answer Bowman’s challenge to disclose how she’ll finance her campaign promises at an event Thursday.

A Free Press/CTV Winnipeg election poll released last week showed Bowman with a comfortable lead against all his challengers. The Probe Research poll showed Bowman had the support of 61 per cent of decided voters, with Motkaluk a distant second at 28 per cent. There are six other candidates in the race.

A replacement for the Louise Bridge had been identified in the city’s 2011 Transportation Master Plan, which estimated the cost at the time at $100 million and recommended the project be completed by 2016. But the project, with a revised cost of $220 million, now is linked to the current study on a proposed eastern bus rapid-transit corridor.

The TMP had the Chief Peguis Trail extension constructed in phases, with the final leg completed by 2031. However, the project had been moved up and a final preliminary design, with a Class 3 cost estimate, on the entire 10-kilometre stretch was to have been completed by the end of September.

Bowman said the approval process for infrastructure projects has involved a detailed cost-benefit analysis, adding that Motkaluk’s campaign promises haven’t been vetted in a similar fashion. 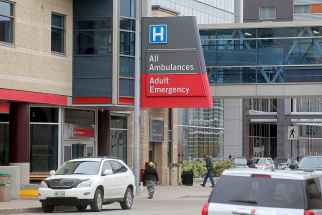 Manitoba police to make do without roadside marijuana-screening devices: province 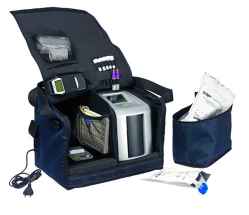 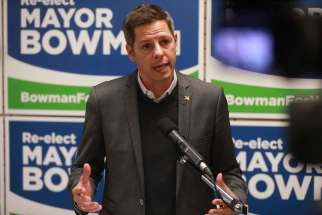 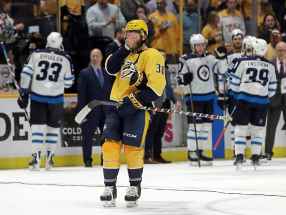 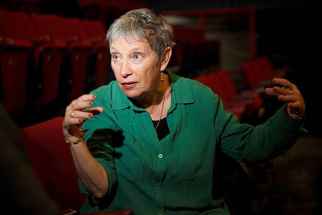 Maryjane goes to the movies 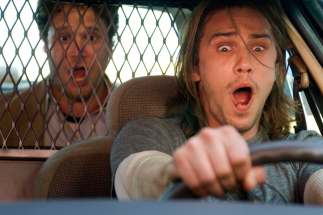 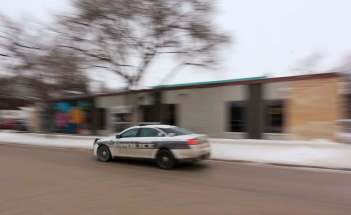 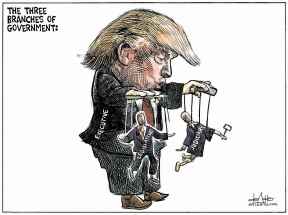