Romanian architect Sabi Cornoiu has never been to Winnipeg, never seen the Red River or visited the city’s renowned Exchange District. But that did not stop him from creating the vision that is “Alexander’s Garden.”

Romanian architect Sabi Cornoiu has never been to Winnipeg, never seen the Red River or visited the city’s renowned Exchange District. But that did not stop him from creating the vision that is “Alexander’s Garden.”

Imagine an enormous green pasture situated along the Red River where the rubble of the Alexander Docks sits today. A broad path surrounds the green space, jutting out and elevating over the river to create a breathtaking platform from which visitors can enjoy a panorama of Winnipeg’s major inner-city waterway.

In the summer, visitors can picnic, sunbathe and enjoy activities such as live theatre or outdoor movies. Small watercraft can dock alongside a tiered walkway that lines the river’s embankment and runs under the corner of the elevated pathway. Winter activities include tobogganing and skating.

It’s a bold take on green space. So bold, in fact, that it has been awarded first place in the Alexander Docks “ideas contest.”

Sponsored by a consortium that included the Manitoba Association of Architects, CentreVenture, The Forks and the Exchange District BIZ, along with several architectural firms, the contest was designed to spark debate over the future of the Alexander Docks, the last and likely most problematic challenge in the redevelopment of Waterfront Drive in the east Exchange District.

Aaron Pollock, an architect with Winnipeg’s Number Ten Architectural Group, says more than 200 entries were submitted to the ideas contest, nearly half of which were from non-professionals.

A blank and basic rendering of the Alexander Docks site was provided through the contest’s website for all contestants to make use of. The broader community was encouraged to use that template to draw or write in their own ideas for redevelopment.

The consortium decided early on that it wanted to get suggestions for the site from outside the professional design community, to ensure that all perspectives and priorities were represented, Pollock says.

What the non-professional submissions lacked in visuals, they more than made up for in provocative concepts. “The community definitely came at this from a very different perspective,” he says.

One of the most provocative non-professional submissions was from an anonymous contestant who did not draw or sketch any particular image on the template. Instead, the still-unidentified person wrote: “Give it to the Anishinaabe.”

Although it did not qualify as a design proposal, Pollock noted the jury spent a significant amount of time debating the merits of not proposing a specific development, and instead opening up a dialogue with Indigenous people on the best use of the site.

Many other proposals included a tribute to Tina Fontaine, the Indigenous teenager whose body was found wrapped in the river, right at the foot of the docks in the summer of 2014. “Tina was never far from the minds of many of our submissions,” Pollock says.

Although some may be surprised a Romanian architect who has never been to Winnipeg won the contest — and the $1,000 first prize — Pollock says design competitions are truly global, and the Winnipeg ideas contest was posted on several international architecture sites to spur foreign submissions.

How did Cornoiu get a feel for a city he had never visited?

He used Google Earth and Virtual Reality goggles to spend a couple of hours “feeling out the space” from all angles. That experience provided him with a complete view of the docks and along with background information on the history of the area and site, a sense of what kind of space Winnipeggers might like.

“I am a firm believer that cities with waterfronts should treasure it and capitalize it to the benefits of all people,” Cornoiu said via email. “The waterfront needs to be given to the community. The Alexander Docks contest gave me the opportunity to materialize these beliefs.”

Other added features to Alexander’s Garden, in particular a toboggan run and a skating rink in the winter months, were inspired by Winnipeg’s profile as a winter city and — as it turns out — the recent success of the Winnipeg Jets.

“As part of my research about the city, I was able to find out that (Winnipeg) has one of the top teams in the (NHL’s) Central Division,” he wrote. “This made me understand that in order to have a successful and useful proposal for the city and it’s people, I have to address each season of the year equally.”

There is currently no commitment to build Alexander’s Garden, or any of the other short-listed design concepts. That does not mean, however, there isn’t work going on behind the scenes to find a future use for the moribund docks.

After failing to find anyone to take over the docks while they were still in use, the site was taken out of service two years ago when the underlying infrastructure began to fail. Now, standing in the way of redevelopment is a significant cost to clear and remediate the site so that it could welcome new amenities.

Angela Mathieson, president and CEO of CentreVenture, the city’s downtown development agency, says she expects the city will likely launch another request for proposals sometime in the future, although it’s not clear when that might happen. CentreVenture currently does not have a specific mandate to market the property.

Mathieson notes the city has been trying to find a new purpose for the area for many years, and although previous requests for proposals failed to find any interest in the docks site itself, they did result in the popular Mere Hotel and Cibo Restaurant development just south of the docks.

The ideas competition may not result in approval for a specific project, but it gets people talking about what “might be,” Mathieson adds.

“From our perspective, Waterfront Drive has been a tremendous success, a much bigger success, really, than a lot of people thought it would be,” she says. “The Alexander Docks is really the last piece of the Waterfront Drive puzzle. We need to do something important with this space and contests like this help us see the possibilities.”

Waterfront site up for grabs 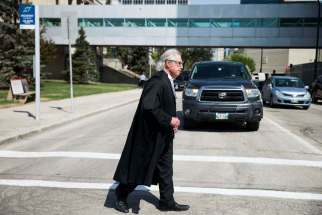 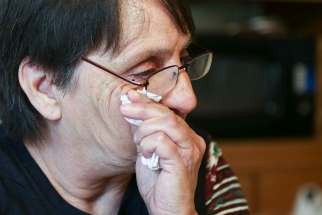 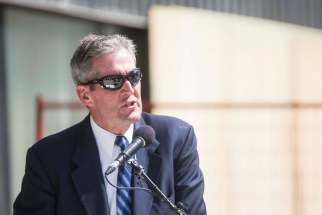 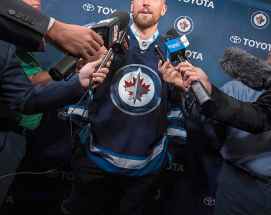 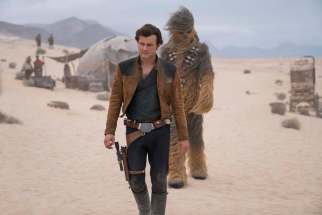 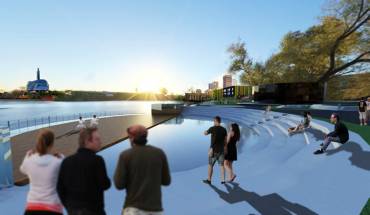 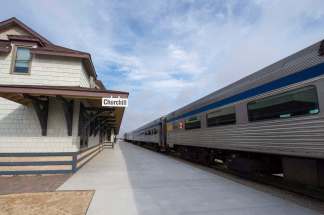 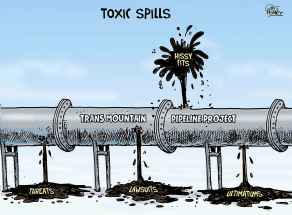