As a hockey town, Winnipeg will never be able to offer up the climate of California. Nor the tax breaks of Tampa. The rich 'Original Six' NHL history of Toronto, Montreal, Chicago and Detroit. The easier East Coast travel of Washington, Boston, Pittsburgh and Philadelphia. The laid-back lifestyle of Arizona and Carolina. And definitely not the size and spectacle of the Big Apple, Nashville and Las Vegas.

As a hockey town, Winnipeg will never be able to offer up the climate of California. Nor the tax breaks of Tampa. The rich ‘Original Six’ NHL history of Toronto, Montreal, Chicago and Detroit. The easier East Coast travel of Washington, Boston, Pittsburgh and Philadelphia. The laid-back lifestyle of Arizona and Carolina. And definitely not the size and spectacle of the Big Apple, Nashville and Las Vegas.

No, Winnipeg is what it is — a small-market Canadian outpost with typically harsh winters. And when it comes to attracting the NHL’s biggest free agents or swinging a big trade for a player who has some say in the matter, there’s long been the belief the Jets will more often than not be given the cold shoulder. And that the city is frequently listed in players’ contracts when it comes to matters such as modified no-trade clauses.

But a funny thing happened on the way to buying into the above-mentioned narrative.

First, general manager Kevin Cheveldayoff pulled off the most surprising move of the late-February trade deadline when veteran St. Louis Blues centre Paul Stastny waived his full no-movement clause and agreed to take his talents north and then frequently raved about what a great decision he made. That certainly got the attention of the rest of the NHL.

Then came the team’s deep playoff run this past spring, one which extended all the way to May long weekend in the Western Conference final. And while they ultimately came up just short of reaching the Stanley Cup final, the Jets’ performance certainly opened many eyes.

And so it’s worth asking the question whether the tide is turning in terms of Winnipeg as a destination-of-choice for some of the most skilled hockey players on the planet. The Free Press spoke recently with several of the biggest agents in the game, whose job is to find a perfect fit for their clients.

And one thing quickly became clear. Winnipeg is seen as a franchise rapidly on the rise, one where many players would absolutely be willing to put aside any reservations they may have had in the past in favour of the goal that ultimately drives the vast majority of them — winning.

“I’ll tell you, Paul Stastny probably wouldn’t have been the only player that would have been eager to waive his NMC. There’s a lot of players that like what’s happening in Winnipeg, from a hockey perspective,” said Ken Robinson, a Columbus-based agent whose many clients include rising young Jets star Jack Roslovic.

“It is a great place to play hockey. To be appreciated for playing hockey. It’s a respectful city, the fan base is knowledgeable, the amentities the city has to offer, they’re improving.”

To hear Robinson explain it, what transpired this past season on the ice will go a long way to making the city a hot spot for years to come.

“I think the organization has grown up this past season. And really the past few seasons. I think Chevy and his staff, the coaching staff, they’ve matured with the team. And I think that’s observed throughout the hockey community. Players want to win,” said Robinson. “First and foremost, that’s what they’re going to look at. They can buy a nice down coat and figure out the cold. That’s not going to take a player who wants to win away from Winnipeg.”

There was a time a couple years ago that agent Kurt Overhardt’s client did want out of Winnipeg. Defenceman Jacob Trouba went public with his trade demand, unhappy about how he was being used on the blue line. Overhardt said that very personal business matter is now water under the bridge.

“In my opinion, success breeds success. The fact the ownership group and management there in Winnipeg has done such a good job building such a deep, skilled team. If you’re a free agent, and you’re a piece that could fit there and play a role in their future success — because they’re gonna be successful for years to come with that core group — if you’re a guy that could fit there, you seriously have to consider that,” said Overhardt, who is based out of Denver.

“What I’m not saying is rocket science, but it’s real. Winners want to go play for a winner. That team is situated to succeed hopefully for years to come.”

Notable Winnipeg Jets free agent signings through the years. (Note – doesn’t include signings of players who primarly played in AHL)

Notable Winnipeg Jets free agent signings through the years. (Note – doesn’t include signings of players who primarly played in AHL)

F Drew Stafford (re-signed after being obtained in trade)

Cheveldayoff has typically tread carefully every summer when it comes to unrestricted free agents, usually opting for lower-profile depth signings while some of the marquee franchises in the league often try to land the big fish. Last year, for example, he signed goalie Steve Mason, defenceman Dmitry Kulikov and centre Matt Hendricks. They likely weren’t the subject of too many bidding wars.

There’s no reason to expect much to change this coming July 1. In fact, the biggest signings the Jets will likely make involve their own players. They have nine restricted free agents who need new deals, including Trouba.

In Winnipeg’s case, building a winning atmosphere might be more important relating to keeping their own young stars they’ve drafted and developed, rather than luring ones from other teams. And that’s something the Jets haven’t had much trouble doing since returning to Winnipeg in 2011. Captain Blake Wheeler, defenceman Dustin Byfuglien, centres Bryan Little and Mark Scheifele and winger Nikolaj Ehlers are among the players who have inked long-term deals, as they apparently liked the direction the team was headed.

“You’ve got to be patient. And it’s working, not just for a one- or two-year run, but it looks like you’re building something long-term. Players see that,” said Robinson.

Up next will be getting the likes of Trouba, his defensive partner Josh Morrissey, winger Patrik Laine, goalie Connor Hellebuyck, centre Adam Lowry and winger Kyle Connor to follow suit.

“My opinion is (the perception) has changed significantly. There’s a consensus, maybe not with everybody, but I think players want to win. I think the environment that surrounds the team there is exciting for players, to know that it’s a really good hockey city. I would say 100 per cent there’s a different feeling about wanting to play there,” said agent Joe Oliver, who represents Jets restricted free agent Nic Petan.

“Looking at the roster Winnipeg has, a lot of hockey people – and this is an NHL general manager that said this – this team’s going to be in the playoffs, even if they do nothing (to the roster), for the next eight years because of the players that they have. As a player, if you’re trying to look for a destination, I think that’s an important factor,” said Oliver, reached by phone in B.C.

Overhardt said another factor players often debate when choosing where to sign is the coaching staff. In Winnipeg’s case, Maurice is highly regarded as a solid player’s coach.

“Even in this day and age, the game’s changing so much. The players’ skill level has increased so much. Obviously, for players the average age keeps getting younger. It’s not only the environment anymore, it’s the quality of the coaching staff. And can the coaching staff, in players’ opinions, coach in this world in 2018,” said Overhardt.

Robinson visited Winnipeg three times this season to see Roslovic play, including the clinching Game 5 of the first-round series victory over the Minnesota Wild. He dined out one night with Roslovic, Connor and Hendricks and was struck by the vibe in the city.

“You could see the city support their team in a way that made an outsider stand up and pay attention,” he said. “It was really meaningful.”

Winnipeg Art Gallery has high expectations for its Impressionist exhibition 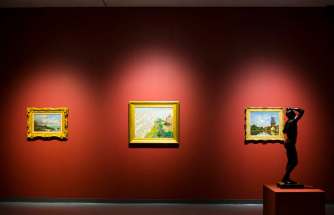 Stella's has grown organically to become a genuine Winnipeg institution 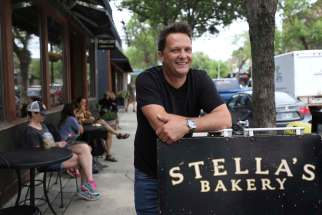 After the Jets' playoff run, NHL players view Winnipeg as a destination city 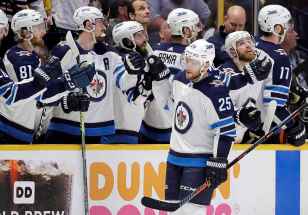 The Incredibles sequel still fun, but not so charming this time

Father knows best: Some notable Manitobans recall the words to the wise that dad provided 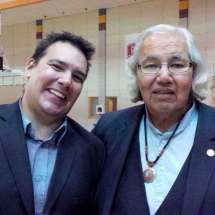 A chance to understand where we’ve been, where we’re going 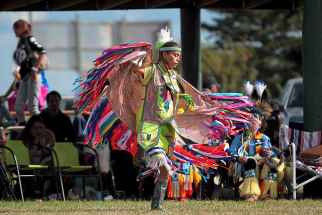 Jumping the gun on Nobel nominations 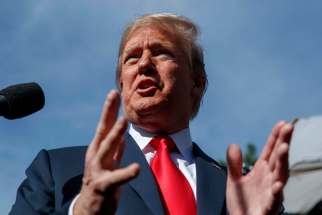 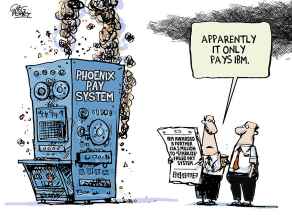 Built from scratch Superhero sequel still fun, but not so charming this time