NEW YORK – Is it foolishness to forecast a pair of 50-goal scorers in the Winnipeg Jets lineup when the regular-season concludes?

NEW YORK – Is it foolishness to forecast a pair of 50-goal scorers in the Winnipeg Jets lineup when the regular-season concludes?

It’s only the first week of December, and much can and will occur before 2018-19 campaign winds up. But second-line right-winger Patrik Laine, the NHL’s goal-scoring leader with 21 heading into a new week, and top centre Mark Scheifele, now with 16 goals, are on pace to reach the magical 50 mark.

Laine had a torrid November, scoring 18 goals in the month, but was kept off the scoresheet the first two games of Winnipeg’s current three-game road trip to the New York area. Yet, he’s still on a 66-goal clip.

Scheifele, meanwhile, is one of the league’s most lethal shooters at this stage of the season, scoring five goals in his last four games (plus three assists), including the overtime winner Saturday in New Jersey, his second tally of the game, and a power-play goal Sunday against the host Rangers. He then ripped the shootout winner past New York goalie Henrik Lundqvist for good measure.

When a guy scores impactful goals on back-to-back nights, people notice. On Monday, Scheifele was named the NHL’s first star of the week, seven days after Laine received the same honour.

Prior to Monday’s NHL action, Scheifele was 11th in the NHL scoring (16G, 16A) in 26 contests, including 19 points in the last dozen games.

He admitted earlier in the season he’s thinking more like a finisher of plays instead of the architect, sliding into open spaces and setting up to unload when his linemate, setup specialist Blake Wheeler, invariably goes looking for his slick-skating centre with the wicked release.

Scheifele sparked a furious third-period comeback by the Jets with a rocket from the slot — made possible by a perfect pass from the Jets captain — with the Rangers a man short. Wheeler is currently third in assists (30) behind only Colorado’s Mikko Rantanen (34) and Toronto’s Mitch Marner (32).

“When he thinks like a shooter, his game changes. And that we need for sure because we’ve got one of the world’s best passers (Wheeler) on that line. We don’t need two of them” – Jets head coach Paul Maurice, on the difference in Scheifele’s play this season

“Blake Wheeler is probably the best passer in the league. So, I just gotta hit it,” Scheifele said, just minutes after the victory at Madison Square Garden. “He’s a special player and I’m pretty lucky to have him dish me the puck.”

The triumph came just 24 hours after a 4-3 OT win against the Devils. The Jets had a day off to unwind in the Big Apple before hooking up with the New York Islanders Tuesday in Brooklyn to close out the road trip.

It’s worth noting no NHL squad has boasted two 50-goal scorers since the 1995-96 season when the powerhouse Pittsburgh Penguins had Mario Lemieux (69) and Jaromir Jagr (62) at their disposal.

Before that, a couple of Joe’s from Calgary — Mullen and Nieuwendyk — each potted 51 goals during the 1988-89 season. And before that, some of the great Edmonton Oilers of the ’80’s, such as Wayne Gretzky, Jari Kurri and Glenn Anderson, shared 50-goal seasons, while Montreal Canadiens legends Guy Lafleur and Steve Shutt did it in the ’70s.

It should be noted that the Colorado Avalanche currently have a pair of linemates — centre Nathan MacKinnon (19) and left-winger Gabriel Landeskog (16) — in the hunt for 50, as well.

Suffice it to say, it’s a rare occurrence achieved by exceptional players.

Laine’s dangerous shot has been on full display for three seasons now and he’s working harder to dig out and retain pucks, generating more offensive-zone time for he and his current linemates, Bryan Little and Kyle Connor. So, it’s no great revelation the 20-year-old Finn would mount a legitimate push for 50.

Scheifele’s goal-scoring potential wasn’t so easy to gauge entering the ’18-19 season, despite the certainty he’d be partnered with a passing whiz like Wheeler, who shared the NHL assist lead (68) with Philadelphia Flyers centre Claude Giroux last year.

The 25-year-old Kitchener, Ont., product had a breakout season in 2015-16 when he collected 29 goals in 71 games, and then followed up with a 32-goal effort in 79 games a year later. Last season, he battled through a couple of injuries and missed 22 games but still managed to score 23 times as the Jets finished 52-20-10, second overall in the NHL.

The hard evidence of Scheifele’s elite scoring ability was uncovered during a red-hot playoff run when he scored 14 goals in 17 games. In doing so, he set an NHL record for most goals on the road in a single post-season series when he netted seven at Bridgestone Arena during Winnipeg’s electrifying series victory over the Nashville Predators.

He was a deft playmaker in junior, amassing 133 assists in 158 games over three seasons with Barrie Colts, and he has 190 helpers over his six seasons in Winnipeg, including 16 this year.

But Scheifele’s a sniper, pure and simple, and when he’s left unattended in the slot he rarely misfires. His shooting percentage is a flashy 21.3 per cent, tied for seventh-highest in the NHL among 62 skaters with at least 10 goals this season, heading into Monday’s slate of games.

“When he thinks like a shooter, his game changes. And that we need for sure because we’ve got one of the world’s best passers (Wheeler) on that line. We don’t need two of them,” Maurice said, following Winnipeg’s 4-3 shootout victory over the Rangers.

“He knows now when to lay it off and when to shoot the puck. He’s got lots of confidence as a shooter.” 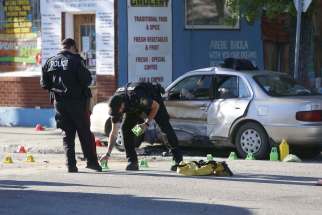 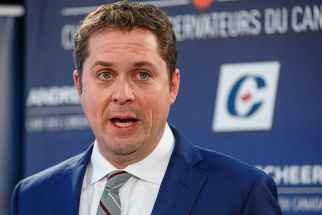 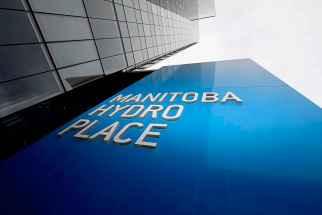 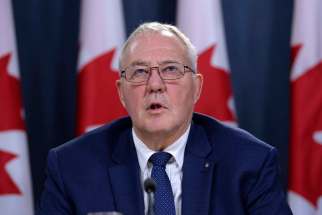 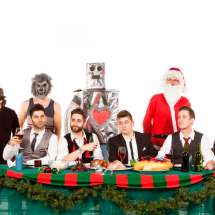 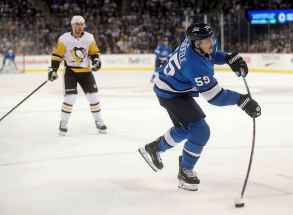 Finally, it’s all aboard for Churchill 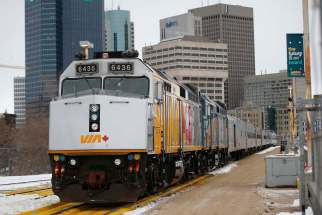 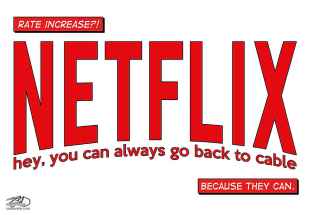 Carols of their own Finally, it’s all aboard for Churchill