The distance from Cross Lake First Nations to Sunrise, Fla. is nearly 3,500 kilometres, but the journey for Brady Keeper was infinitely longer, filled with countless obstacles along the way.

The distance from Cross Lake First Nations to Sunrise, Fla. is nearly 3,500 kilometres, but the journey for Brady Keeper was infinitely longer, filled with countless obstacles along the way.

If we’re being honest, it’s nothing short of remarkable that he’s arrived. Keeper, 22, inked his first pro contract this week, a two-year entry-level deal with the National Hockey League’s Florida Panthers that will pay him US$925,000 per season.

Not bad for an undrafted kid from a remote and deeply troubled combined community of fewer than 10,000 residents who was playing in the Manitoba Junior Hockey League two years ago and couldn’t even afford to buy himself a cup of coffee Monday.

“I had 63 cents in my account when I signed my contract,” Keeper told me in a telephone interview. Such is the life of a starving student, which Keeper definitely was as he mixed studies with his blue-line patrol responsibilities for the University of Maine Black Bears

Now he’s gearing up to make his NHL debut, still coming to grips with a whirlwind few days that have thrust him and his incredible story into the public spotlight.

“It’s been really surreal. It’s been unbelievable. I’ve been getting a lot of congratulations and all that stuff from people back home, and people I don’t even know,” said Keeper, a six-foot-two, 194-pound offensive defenceman who had seven goals and 15 assists in 36 regular-season games this season.

Imagine how his family and community feel. Anthony Keeper told me Thursday he vividly remembers the first time he built a backyard rink for his six children up in Cross Lake.

“We were just making ends meet. I had to get (materials) from the dump. Once I got it going, the kids were always there, always knew what they were up to. It kept them out of trouble,” said Anthony, who was working as an educational assistant at the time and saw first-hand how youths could be led astray.

That’s no small feat, considering drug and alcohol addiction are major issues in Cross Lake. The community made national headlines in 2016 when five youths committed suicide in a span of several days, and 140 others attempted to end their lives, resulting in a state of emergency declaration.

Now it’s on the map for being home to an NHL player.

“I’m very proud of where I come from. That’s my hometown, that’s where I grew up. I’m humbled and honoured to be from Cross Lake. We’ve got a lot of good people there,” Keeper said.

He managed to stay on the straight and narrow during his formative years, despite being surrounded by temptation. Hockey, he says, was his daily escape. And a constant reminder of the need to stay focused.

“I always knew Brady was special, in a way. When I watched him, he shined. He was such a smart hockey player, that instinct was always there.”
— Anthony Keeper

“My dad always reminded us not to do drugs and alcohol and all that stuff. He really put it in our heads. He was the main guy that made me stay away from that stuff. I knew it wasn’t good for me, it wasn’t going to help me for anything,” said Keeper.

“I had friends who did it and probably still do it to this day, but I wasn’t peer-pressured by my friends. They kind of knew what I wanted to do, and that was to play hockey.”

Just look at him now.

“I think what he does is bring hope to his community and all those little kids dreaming. Hopefully what it does is make more kids dream.”
— Alfie Michaud

“It feels really good for myself. I know it probably feels good for people back home. I don’t have any words to explain how I feel. Being a role model, it just shows that if you put your mind to what you want to do in life, you can do it. Whether it’s playing hockey or being a doctor. It just shows if you put the hard work in and stay away from the drugs and the alcohol, you can do it,” said Keeper, who has his own growing family with girlfriend Shalyn, son Navyn and stepson Napesis.

His father jumped on his Ski-Doo earlier this week and raced around the community, telling everyone the amazing news.

“I just yelled it out, just to get it out of my system. Everywhere we go, people are shaking our hands, hugging you, congratulating us. They know how far we’ve come, how hard it was,” said Anthony, who is now a teacher and still has the journal his son wrote in as a young boy vowing to one day play in the NHL.

“I always knew Brady was special, in a way. When I watched him, he shined. He was such a smart hockey player, that instinct was always there.”

One of the proudest supporters was Alfie Michaud, an assistant coach at the University of Maine. Michaud, who is from Selkirk and has family living in several different First Nation communities in Manitoba, took Keeper under his wing when he first arrived in the fall of 2017 to start his collegiate career after three seasons with the OCN Blizzard, including being named league MVP in 2016-17. That’s where he caught the eye of college scouts, leading to his recruitment.

“It turned out to be a match made in his heaven,” said Michaud, a goaltender who had a 13-year pro career that included two games in the NHL with Vancouver in 1999-2000 and 32 games of the 2001-02 AHL season with the Manitoba Moose, Vancouver’s affiliate at the time.

“It’s a big deal, just from where I come from, being a proud Manitoban, also being First Nation. That’s what it’s all about for us. The hope is to get kids to come here. It’s our job to help then move on. We’re just trying to get them prepared for life after the University of Maine. In Brady’s case, that was the National Hockey League.”

“It was wild. I’ve never been away from home that far, and just being away, it was really really difficult at the time,” he said.

A talk with Michaud, along with phone calls from several former NHL players, including Jordin Tootoo and Arron Asham convinced him to stay.

“The struggles and the stuff those kids go through, I wouldn’t wish that on any human being. The kids got a battle up in the North. It’s tough, it’s tough,” said Michaud, who believes Keeper is now well-equipped to handle the new challenges that will come in the NHL.

“He’s got all the tools. He’s really smart, he works. He’s going to have learn to really buy into the pro lifestyle — eat, sleep and breathe it. Now he’s getting paid to play hockey, that’s his living, so he’s going to have to learn to take care of his body.

“I have the utmost confidence. I don’t think anybody really knows until you’re thrown in the fire. We’re all crossing our fingers and our toes that when he does get his opportunity he makes the most of it and shows he belongs.”

That opportunity could come soon, as Panthers coach Bob Boughner has indicated he’d like to see what they have in Keeper before the season ends. Anthony, his wife Hilda and other family members are now scrambling to obtain passports to travel, while also making plans to head east next week when Florida has games in Toronto, Montreal and Ottawa.

“Just live in the moment and just soak up everything and just be happy that all the hard work has paid off here. This is the start. This is where the real work starts,” Keeper said of his mindset.

And, most likely, inspire a whole new generation of potential hockey players back home.

“I think what he does is bring hope to his community and all those little kids dreaming. Hopefully what it does is make more kids dream,” said Michaud.

‘We’re about to see a major brouhaha here’ 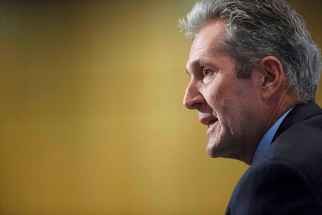 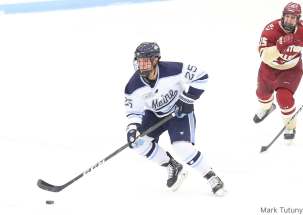 Tories wary of watchdog with some bite 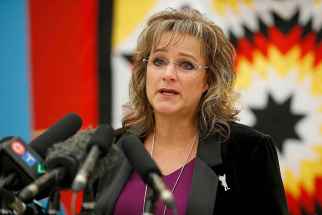 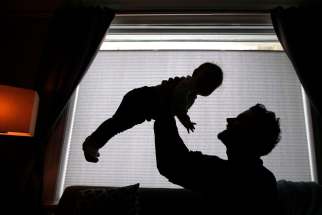 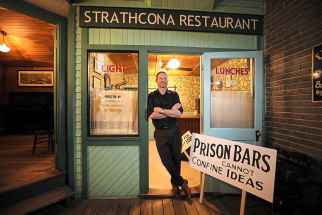 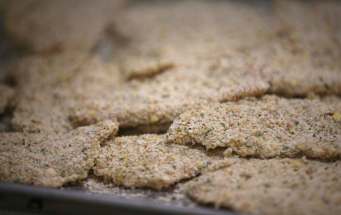 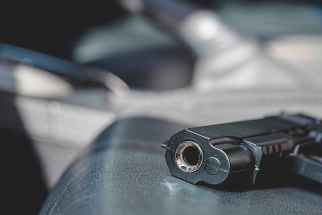 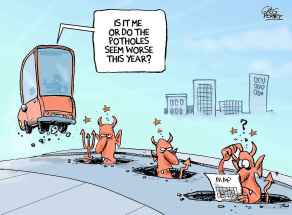