Two were in the air, while a third was on the Normandy beach on June 6, 1944. Hear their interviews, see their photographs and read excerpts of their stories below.

Where (the ship) normally would have a lifeboat, they had sort of a motorboat. It had a crew of three and a naval officer. They were the ones who would take us to our positions, which was halfway between the ships that were shelling the shore and the shore itself. So we had a grandstand view.

The reason why we were there was we had 24 pieces of artillery, which were firing off the barges onto the shores. We had to make sure they were landing in the right place. That was our job.

We did not have any facilities for landing. We had to hitch a ride with a group of British commandos. We had to jump from this little boat into the landing craft. And that sea was awfully rough.

They put us at the back. When the landing craft hit they shore, they all peeled out. We thought that was OK, but it wasn’t a good idea because the initial thing was a surprise, but at the end (the Germans) were probably looking for who was coming out last.

Luckily a big wave came along, unhooked the launching pad and pulled our feet from under us and we went flat. It probably saved our blanking lives, you know.

“Those (boots) splashed ashore to that country… (When children) touch those boots, they touch boots that freed their country.”

There was a British soldier who had been wounded (on the beach) .… I went up to him and he said, ‘I trained for two years and this is as far as I got.’ Then he gave me a hand grenade and said maybe you can do something with this.

I have this guilty feeling when I take a trip, say going to Carman or something, and the fields are so beautiful, the scenery is so beautiful and I have all these things, I have had such a wonderful life and I get this guilt feeling.

I guess that sums things up, it’s a guilt feeling. I’ve been so privileged and they missed the whole darn thing.

The Lancasters got all the publicity, but the Halifax was a good, sturdy aircraft that got us back there many, many times. No complaints about the aircraft at all.

And you could see two distinct lines – the Allied forces and the German forces hammering away at one to another. And it was awesome, awesome sight.

“In a way I felt I was darn lucky to be up here rather than down there. It must have been a horrifying experience down there. It took tremendous kind of bravery to do that, I thought.”

I thought I was just normal, but people told me subsequent that I was kind of a nervous case.

By and large the sense of relief that finally something – what we’ve been trying to do is going to be worthwhile.

And it’s going to settle the world down and the world is going to be a little bit better for the little contribution you made.

On D-Day, the British pretty well knew where the enemy troops were… They held some of us with the heavy bombers, they held us off, until they figured those train troops would arrive and then they wanted us to go in and bomb all those train troops. And that’s what we did.

I just kind of hoped that I would survive it and I did, because there were so many of our planes shot down, so many guys suffered greatly with that. They were in a burning mess — our big planes when they shot one of them down. It was horrible to see.

I was so fortunate really to get away without being shot down. My plane was hit, but not enough to bring me down. I was glad not only for me, but for my crew. I had such a grand crew.

“We just raised hell with them. I hate to think how many of those men we killed. It was a lot.”

We had to raid factories… Hitler had taken over countries and taken over their factories to manufacture stuff for his military machine. They were tough bombing trips. So many of our planes shot down during that period of time.

I loved flying, although I knew I was flying in dangerous skies, especially through the bombing periods, because they were shooting at you right and left. Shells were hitting your airplane and so on and you’re hoping there would be nothing to put me down.

Enlisted as boys, fought as men

A chronology of Canada's role in D-Day Facts, figures about the 1944 D-Day landings The War to June 6, 1944: Why Normandy?
Report Error Submit a Tip
The Free Press is certified by 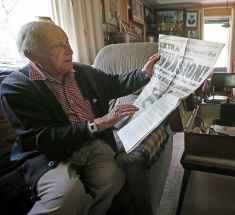 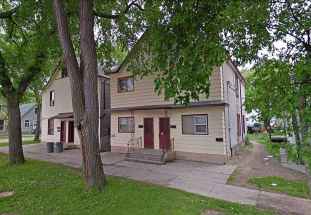 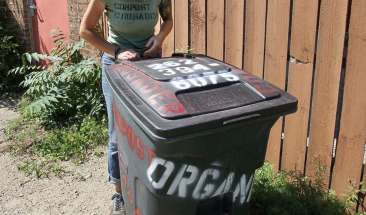 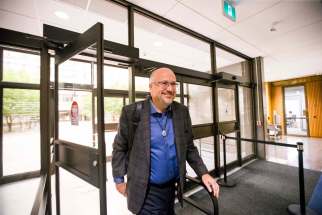 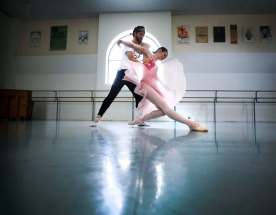 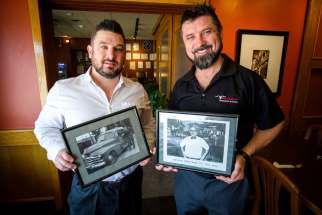 Time will tell if Miller, Bombers dropped the ball by bringing NFL to Winnipeg 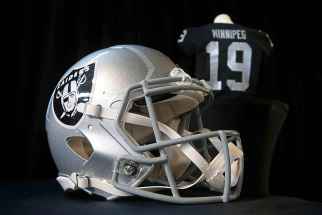 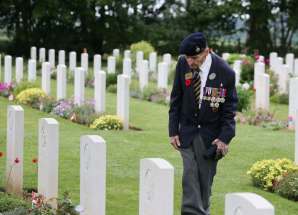 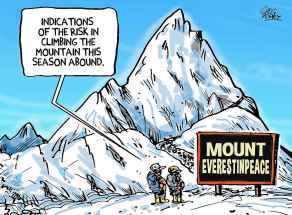