Sarmatiuk said he was sad but could see the writing on the wall due to people downloading free sheet music from the Internet.

Naturally, anybody who read that story would have assumed that was the last the world would ever hear of Tredwell’s. But a funny thing happened to Sarmatiuk on his way to the retirement home.

When he made the decision to call it a day, it was also his intention to shut down his two-year-old website (www.tredwellsmusic.com), which had been performing poorly. So poorly, in fact, he hadn’t filled a single online order in months.

Before pulling the plug, however, the friend who designed the website for him made a few inquiries, curious why the domain was underachieving after having being moderately successful among people in search of hard-to-find sheet music. That’s when they discovered the California firm Sarmatiuk hired to do an upgrade in the fall of 2014 neglected — oopsie-daisy — to reconnect it to the Internet when they completed their work.

“I don’t even own a cellphone, so it’s not like I’m some tech genius, but one thing I do know is it’s impossible to sell something online when nobody can see your website,” Sarmatiuk said with a chuckle, seated in his office at 6-10 McGillivray Pl., flanked by row after row of sheet music, some of it close to a century old.

“After we got everything sorted out, (online) sales started to build again to the point where it actually became viable to keep the website up and running. So while the first 80 years of our existence as a bricks-and-mortar store relied on the support of the Winnipeg market, our reach now is worldwide. On a daily basis we’re shipping product to such far-flung centres as Tasmania, Hong Kong, Moscow, Luxembourg, Helsinki… as well as every state in the union and every province and territory in Canada.”

If and when he has the time, Sarmatiuk intends to spend a week or two researching the long history of his store, hoping to nail down specific dates. Until that occurs here’s what he does know for certain: in the early part of the last century, a Vancouver-based sheet music company called Western Music established franchises across Canada, including one in downtown Winnipeg. In the mid-1930s, Tom and Sadie Tredwell, originally from England, became managers of Western Music’s Garry Street location. Twenty years later they bought the store, changing its name to Tredwell’s Music Centre in the process.

“Tom died in 1960, but Sadie kept things going for a good 10 years after that, until she sold Tredwell’s to an accountant of the firm that was looking after her books,” Sarmatiuk continues. 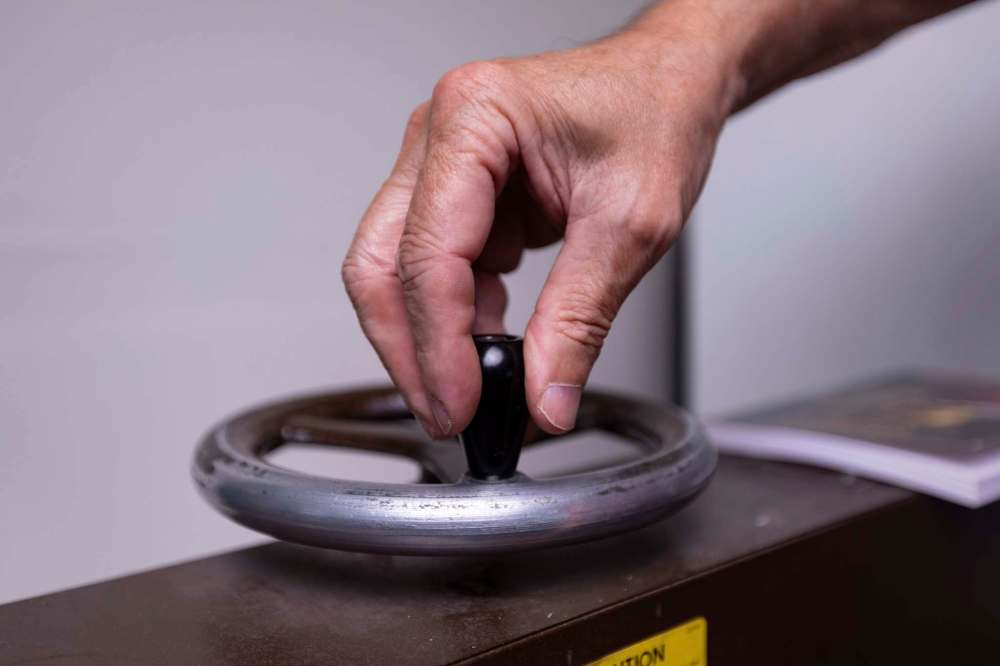 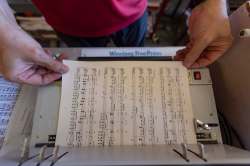 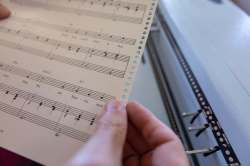 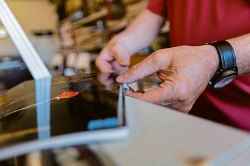 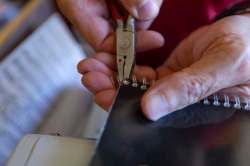 The way he understands the story, the new owner purchased Tredwell’s as an investment opportunity. He turned over the day-to-day operation of the store — by then it had moved to Edmonton Street, just south of Portage Avenue — to his son-in-law, Jon Beenken, an acquaintance of Sarmatiuk’s from high school. Sarmatiuk, an accomplished trumpet player whose musical taste leans toward horn-driven units such as Chicago and Blood, Sweat & Tears, began working there as a sales clerk in 1971. One morning he told Beenken if his father-in-law was ever thinking of selling Tredwell’s, he and his wife, also a Tredwell’s employee whom he met and fell in love with while working there, would be interested in buying it.

As it turned out, Beenken had a job interview in Chicago that very week. He told Sarmatiuk if he was successful they could discuss a possible sale, as his father-in-law had no interest in running the store himself.

“My family bought Tredwell’s in 1975. We have been the longest-running owners of anyone,” Sarmatiuk says with a hint of pride.

Up until the late 1980s, Tredwell’s offered new songbooks and sheet music exclusively, no used material whatsoever. That began to change, however, when Sarmatiuk started thinking to himself, “Jeez, this is a wealth of music we’re turning away” every time a person came through his door with “trunks full” of sheet music an elderly relative left behind when they died.

“We got into the second-hand market slowly, by becoming the first Canadian retailer to offer customers the option of turning in their old piano book for a new one when they were going from (one) piano grade to the next,” he says, mentioning Branford Marsalis and Woody Herman as two of the many musical heavyweights who popped their head inside Tredwell’s “in the old days,” before the store relocated to McGillivray Place in 1992.

“That led to people inviting us to estate sales to look through old songbooks they were getting rid of. Through that, we ended up buying tens of thousands of sheets of music over the next decade or so, most of it out of print since the 1920s, ‘30 and ‘40s… stuff you just can’t find any more.”

In turn, when Sarmatiuk decided in the fall of 2015 to keep Tredwell’s going as an online entity only, he had a collection of sheet music that was almost unparalleled anywhere else in the world.

“Not to toot our own horn but at least 75 per cent of what we have for sale is stuff you can’t find on any other website, not even Amazon, it’s that rare,” he says, pointing out while there are currently 12,000 titles available online, there are another 60,000 pieces of music waiting to be catalogued and posted.

“Naturally when a movie like Bohemian Rhapsody comes out, there’s suddenly a demand for Queen music. But in terms of what’s most popular, I’d say accordion music — that’s a big, big seller for us — and almost anything by Herb Alpert and the Tijuana Brass. Just the other day I remarked to a customer from California how odd he must think it is to order sheet music by Herb Alpert, who was born in L.A., from this little store on the bald, Canadian prairie.”

While Sarmatiuk doesn’t keep regular store hours any longer, he does welcome walk-in traffic, maybe 10 or 15 people a week, almost always music teachers searching for a specific piece of sheet music for a student. Many of them have remarked he should “get back in the game” by selling new songbooks, as well. For the time being he’s not biting, he says.

“It’s tempting but when you’re in retail and constantly replenishing stock, you always owe money to suppliers. Here, I don’t owe a cent to anybody, everything on the shelves is mine,” says Sarmatiuk, whose alter ego Ricky Bogart is the leader of the party-dance outfit Ricky Bogart and the New Casbah Band. “And that’s the other reason I wanted to give the website one more chance. If I hadn’t, the lot of it probably would have gone into a dumpster.

“It might still find its way into a dumpster down the road. I guess we’ll just have to wait and see.” 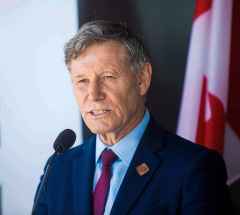 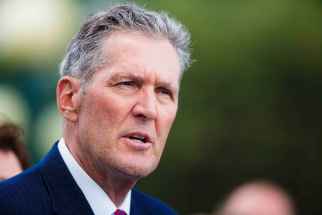 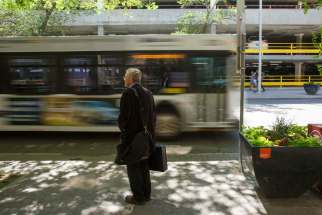 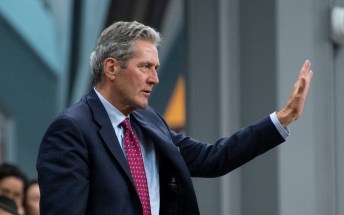 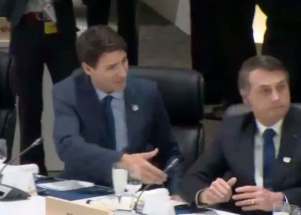 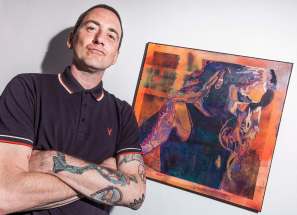 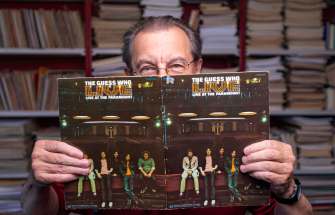 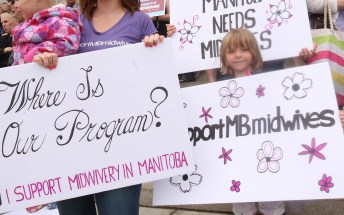 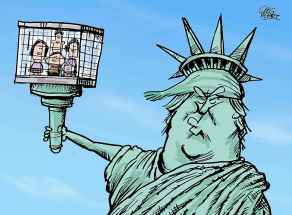 His life, in pieces Province’s inaction on midwifery is puzzling