A crab’s journey Tiny crustacean from the Maritimes escapes the pot to become a pet in Winnipeg By: Jason Bell Posted: 7:00 PM CST Tuesday, Jan. 19, 2021

This crab story has legs.

This crab story has legs.

It’s a Pixar movie in the making or the basis for a pop-up children’s book, at the very least, about a tiny crustacean, a long way from its home on the Atlantic coast, that evades a pot and becomes a pet.

On Monday afternoon, David Prichodko assembled the ingredients for paella, a special 50th birthday dinner for his partner, Alan Casey, and was dumping mussels into a colander when one of the shelled creatures began to crawl.

“I’m getting down to the bottom of the bag and then, ‘Oh, my God, there’s a huge spider in the colander.’ But it wasn’t a spider, it was a crab,” Prichodko said. “It was black, just like the mussels. It was still alive, even though I bought it (Sunday), so it’s been in that bag for a couple of days, at least.”

Try 11 days, according to a sticker on the bag. The live mussels were harvested Jan. 8 by P.E.I. Coastline Shellfish, a processing plant in Georgetown, P.E.I., and shipped about 3,500 kilometres west to the Superstore on Sargent Avenue in Winnipeg.

“The little guy’s had quite the journey,” said Prichodko. “It seemed wrong to just get rid of it.”

His daughter, Madelaine, contacted a friend, Luke Roffey, who has much more than a passing interest in reptiles, tropical fish and other creatures of the sea.

The University of Winnipeg biology student immediately agreed to adopt the accidental tourist from the Maritimes.

“He’s had quite the ordeal. He wasn’t supposed to end up in that bag… he’s a hitchhiker,” said Roffey, who works part time at Into the Blue, an aquarium shop in St. Vital. “That’s what you feel like, right, like he deserves a shot. He’s been through a lot and survived. It makes you want to root for the underdog.”

The crab’s body is the size of a toonie and its legs span about four centimetres. It’s likely a rock crab or an Asian shore crab, an invasive species to the Atlantic coast.

Roffey plans on doing more research on the unique addition to his collection. He has four aquariums filled with fish and a smaller tank with geckos. The yet-to-be-named crab (Cosmo is being considered) already has its own saltwater tank, complete with sea rocks to mimic the ocean floor.

The great hope is it has a long and contented life — walking sideways and clawing for food — and far outliving the Jan. 22 ‘best-before’ date of the bag of mussels it travelled with from P.E.I. to the Prairies.

“Crabs eat just about anything, so right now he’s just grazing on the rocks in the tank. There’s lots of life on them, so he’s eating algae,” said Roffey. “I might bring him to the store because he can have a better home there in one of our big tanks. But he seems to be doing fine right now.” 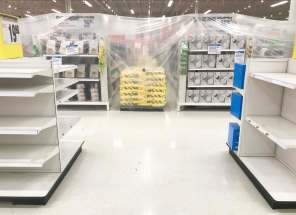 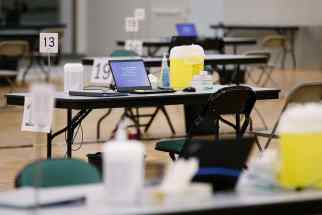 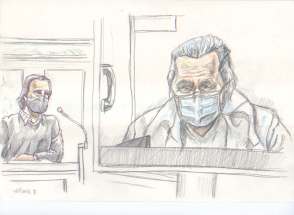 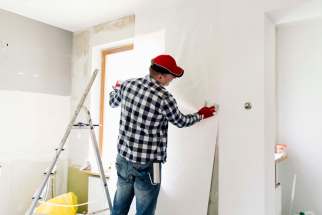 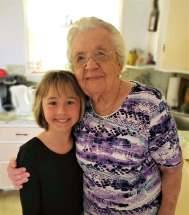 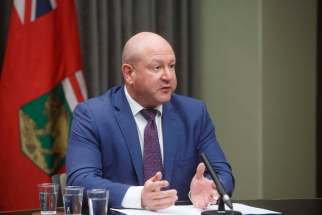