There were placemats, clothes, bedsheets, shower curtains, a blonde wig and a hemorrhoid pillow.

There were placemats, clothes, bedsheets, shower curtains, a blonde wig and a hemorrhoid pillow.

A blade attachment for a Magic Bullet blender, lightbulbs, shampoo and a sealed plastic bag containing a length of rope were also up for grabs.

Soaring online retail has paved the way for a new kind of in-person shopping experience at Krazy Binz Liquidation, a Canadian discount chain that opened in Winnipeg Aug. 12.

The model is simple: the chain buys overstock and returned items from various online retailers, ships them to its stores and mixes them in bins for shoppers to browse.

On the floor of the McPhillips Street store Tuesday, plywood bins stretched out in rows. A few of the middle rows were empty, having already been picked clean, but the rest were piled with goods.

On Tuesday, all items cost $3. People crowded, often shoulder to shoulder, along the troughs of goods in a manner that recalled pre-lockdown shopping, although most wore face masks.

Charles Carroll was revelling in the hunt.

“I’m a bargain hunter for at least the last 30, 40 years,” said Carroll. At his feet sat one of the blue Ikea bags handed out at the front door. It was packed full, a tangle of electrical cords flopped over the edges.

It’s a new spin on liquidation sales. The difference is that prices are reduced every day until new stock arrives.

Prices are set at $25 when stock arrives on Thursday and are reduced to $10 on Friday and Saturday before falling to $8 Sunday, $6 Monday, $3 Tuesday and, finally, a loonie on Wednesday.

“People will go through them, sort them out, take all the expensive items. The next day we’ll drop the price,” said co-owner Belal Daoud.

Joanne Reyes, the mother of a three year old, was buying a toy xylophone.

“They grow up so fast, so you want something cheap,” said Reyes, noting her child’s interests change rapidly. “It’s perfect for people who don’t have that much of a budget.”

“I don’t really want to touch anything,” said the 15-year-old, who was using a pair of barbecue tongs to rummage through the heaps. “I think there’s a lot of people here, especially with COVID now. And everyone’s touching everything. It’s overwhelming in the sense of people and the amount of stuff.”

Krazy Binz launched its first three stores simultaneously in Hamilton, Kitchener and Cambridge, Ont., during the first wave of the pandemic, said Daoud.

“It was really challenging to deal with the capacities,” he said. “We had to limit the shopping time.”

On the surface, business appears to be booming for the company. In the short time since the first stores opened, Krazy Binz has opened another five locations in Ontario, Alberta and, now, Manitoba.

But expansion for Daoud’s business is more a matter of necessity than an indication of profits, he said.

“To be honest, it’s not about success; it’s about the stream that we have,” he said. “Right now we’re not making any money.”

The business model requires purchasing huge quantities in order to be able to offer the prices it advertises, he said.

However, Daoud said the company is trending in the right direction. He’s hopeful it can continue to grow. The 17-year liquidation-industry veteran said he noticed bin stores popping up around the U.S. about seven years ago. They’ve survived, and he believes the stores will succeed in Canada, too.

“We hope to stay in business as long as they keep supplying us,” he said. “If there are supplies, we’ll keep expanding.”

Daoud said the company employs more than 350 people, including approximately 50 in Winnipeg.

Krazy Binz is temporarily located at 1375 McPhillips St. There are plans to move to a permanent home at 947 St. James St., a former Staples. 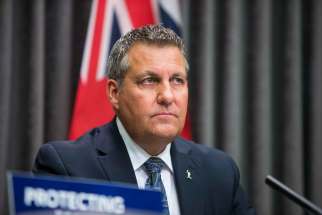 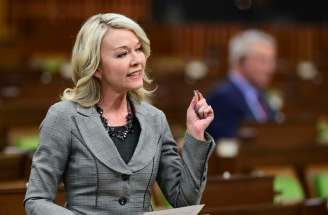 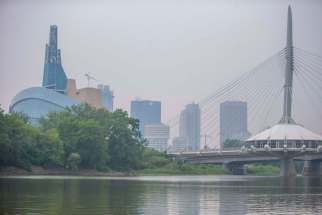 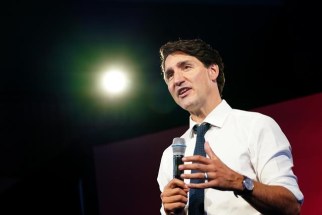 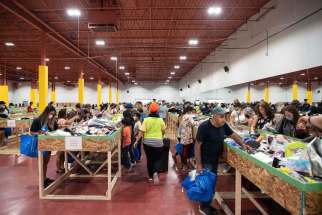 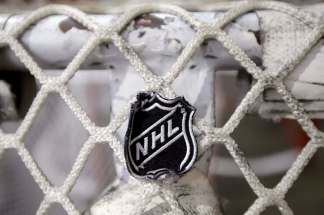 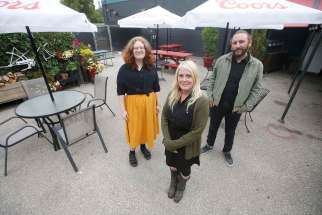 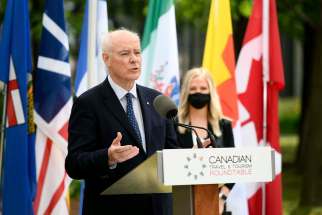