It was a gruesome sight.

It was a gruesome sight.

For the average person, replaying the circumstances that led to the worst setback of their athletic career is probably not ideal, but Jaxon Rose can deliver a play-by-play description of the events of Sept. 22, 2022 as if it’s a video game.

“It was terrible luck, but I landed on (a teammate’s) foot with my left foot and that rolled and sprained — that was a third-degree sprain,” said the second-year left side earlier this week, recalling the University of Winnipeg’s men’s volleyball intrasquad game at Dakota Collegiate. “And then I was falling and I went to catch myself with (my right) foot, and then I went in this way (indicating to his right) and I tore the ligament that holds the fibula and tibia together and then I fractured my fibula as well. Then I hit the ground.”

He could have been describing a mishap from a hockey or football game. Yet, while contact injuries are rare in volleyball, they do happen. Rose, a 6-10, 225-pound Dakota alum, had been leaping at the net when the incident occurred.

As he crumpled to the floor, he went into shock. One of the team’s student athletic therapists reacted quickly to assess the damage and, after careful consideration, Rose’s mom Katrina was summoned and four teammates gingerly carried him to her car for a very uncomfortable trip to Victoria General Hospital.

After further examination in hospital, Rose was booked for surgery to repair the damage to his right leg the next day. Following the procedure he left hospital in a wheelchair with two screws in his ankle, unable to put weight on either leg.

During the first seven weeks of rehab he rarely left the house, unable to move much at all. It was crucial that his dad, Bruce Rose, was able to tend to his son’s needs while working from home in those early weeks.

Jaxon immersed himself in his school work — he’s enrolled in a Bachelor of Science program with a major in chemistry — but all of the sitting around took a toll.

“It’s more of a mental than a physical thing, right?” said Rose. “Of course, there’s all the healing and stuff you have to do but it’s more about having to use your time without playing volleyball. To go through your day without doing it because volleyball is such a big part of my life and you’re spending 20, 25 hours a week just playing volleyball. I actually lost weight initially — I was eating less because I wasn’t doing anything.”

His doctor had suggested a four- to six-month recovery period, yet Rose’s coach, Larry McKay, expected his star player to push the limits of what was possible.

“He’s a gifted human being — academics, extracurriculars,” said McKay. “His family is just a family of overachievers and not just in sports.”

“He’s a gifted human being — academics, extracurriculars… His family is just a family of overachievers and not just in sports.”–Larry McKay, coach

Jaxon’s brother Jordan and sister Alex preceded him in the Wesmen volleyball program, but McKay was concerned about the long-term impact of the injuries.

He was mindful that a former star player, Matt Schriemer, had been sidelined for two seasons after suffering a sprained deltoid ligament in his ankle and the coach wondered if Rose’s injuries could be season-ending or even career-threatening.

Amazingly, Rose returned to the practice court a week before Christmas and is now poised to make his Canada West season debut Friday and Saturday in Calgary. The rehab has not been a solo effort, with Rose getting plenty of support from the U of W’s staff of athletic therapists.

“They’ve been doing a great job with me,” he said. “It’s been consistent two, three or four times a week of just going in and getting the ankles moving. Initially, when they were just doing more like mobility stuff it was like 45 minutes to an hour but lately I’ve been doing more extreme training with one of our trainers, Ben Trunzo, and those usually last up to an hour and a half or two hours.”

Rose said he never considered pulling the plug on the season and thereby preserving a year of eligibility.

“I feel like this whole situation has been a lot more positive than I was expecting,” said Rose. “It’s definitely given me a greater appreciation for some of the things that we take for granted… Overall, it’s helped me mentally. It’s helped me deal with setbacks a little bit better, and then physically… I didn’t take super great care of some of the small things like flexibility before I got hurt but it’s definitely been something that’s allowed me to start focusing on that kind of stuff.”

The Wesmen have a record of 6-8 and are tied for eighth place in conference play. They could use Rose’s help to get back into the thick of the Canada West playoff hunt.

“Whatever role Larry decides to put me in, I’ll be happy to just get back on the court and play because it’s just been fun,” said Rose. “It’s the thing I’ve been missing most — just playing.” 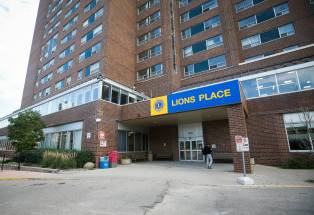 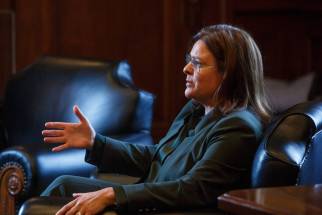 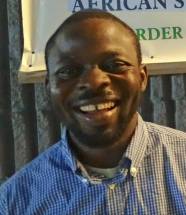 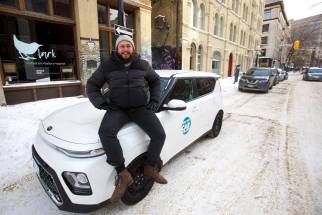 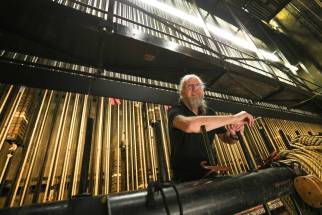 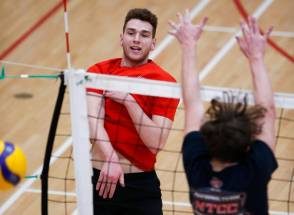 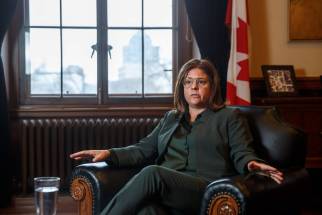