“It was quite a race,” said the 73-year-old who has already served 18 years as a city councillor.

The ward had five strong candidates vying for the seat, some backed by the city’s most experienced political operatives.

Early on, Smith said he had plenty of volunteers but without the NDP backing, fundraising was trickier this time around. Keith Bellamy, the assistant to area MP Pat Martin, wrestled the NDP endorsement away Smith.

“I don’t hold any grudges,” Smith said last night in his victory speech. But he accused one high-ranking NDPer of going all-out to fight him.

“I was battling cabinet minister Andrew Swan,” said Smith, who saw the province’s justice minister canvassing with Bellamy on Sunday. “I didn’t support him for the leadership of the NDP,” he said, adding he supported Greg Selinger.

Smith appeared in campaign brochures with the “endorsed by the NDP” incumbent school trustee Anthony Ramos, making it appear Smith had the party nod when he officially did not.

Bellamy’s campaign was run by former area MLA and cabinet minister Becky Barrett, a veteran of campaigns in the West End. Barrett said after the election that the municipal wing of the party will make a decision on what to do about Ramos.

When asked about how his rift with the party could affect him as a city councillor, Smith was nonplussed.

“I’m the same Harvey Smith I was before — I’m a pragmatic person.”

The friction between NDP candidates in Daniel McIntyre was expected to help Liberal school trustee Cindy Gilroy-Price’s bid for a council seat. “The split will be helpful to us,” said the candidate’s dad, Ernie Gilroy, at her office on election night.

Gilroy-Price is the former co-chairwoman of the left-leaning Winnipeg Citizens Coalition that was founded in part to avoid diluting the left’s influence in civic politics.

Lito Taruc was the only centre-right candidate. The popular Tagalog-language radio show host took some flak for not showing up at all-candidates debates and living in Tuxedo instead of the inner-city ward.

John Cardoso, a self-described centre-left candidate, was counting on the support of the West End’s strong Portuguese and Italian communities. He finished a distant fifth. 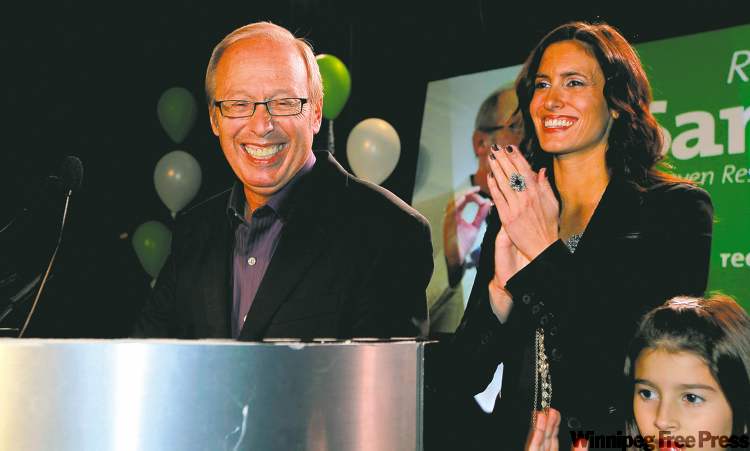