Seeing is believing with film institute

It seems hard to believe, like something out of the movies.

It seems hard to believe, like something out of the movies.

Adam Beach, the aboriginal kid who grew up without parents, tried to avoid the lure of gang life in Winnipeg’s West End, and then went on to become a matinee-model-handsome Hollywood actor, has moved back home.

Or so we’re told.

Not just back to Winnipeg, though. Back to the old ” ‘hood.”

Actually, back and forth to the old ‘hood might be more accurate, given his career, lifestyle and the opportunities afforded by both, which is why I have some doubts about Winnipeg really being his home base.

Still, Beach is renting one of the four rooms above the Ellice Café and Theatre. It’s the building Beach and Bandwidth Digital Releasing Ltd. business partners Jeremy Torrie and Jim Compton recently purchased for $400,000 through a holding company.

The café will be owned and operated by others. But the theatre is where the three aboriginal amigos plan to show movies, have concerts and, most notably, launch as the home of the Adam Beach Film Institute (ABFI).

“Everybody’s waiting for us,” Beach says, referring to neighbourhood residents. “Because they feel we’re going to revive something here.”

Perhaps. But it’s the promise of a film institute that has attracted the most attention, in an area that already has the West End Cultural Centre operating directly across the street.

“We’re accredited with Red River,” Bandwidth partner Compton assured me last month as he stood in the theatre that would serve as a lecture hall for the ABFI.

But when I checked with Red River College last week and again Wednesday, the deal hadn’t been consummated. A college spokesman said the ABFI programming is still being assessed to see if it’s a fit for college credits.

Yet, Wednesday Torrie suggested there are just a few details to wrap up on the deal. All this overstatement about the ABFI status damages the partners’, and hence the project’s, credibility. And there have been overstatements associated with the project. Media reports have said the ABFI is meant for at-risk youth. In fact, while at-risk youth would be warmly welcomed, the program would be open to anyone who can pay the course fees. Torrie estimates the per-course fees at between $1,600 and $2,000. That’s if the Adam Beach Film Institute is finally accredited.

It probably will be. Red River wants to do the deal. Why not, given the drawing power of the name attached and the hope it might bring?

Last January, when Beach announced his dream project, he said he hoped to nurture more success stories like his through the film institute, where he has agreed to be one of the instructors. When he’s available and in town, that is.

If the way Beach is greeted as he walks through the streets he used to run through is any indication, he is already a role model for many First Nations people who live in the area and beyond.

“We saw you on TV last night,” a man with a little boy says as Beach smiles in acknowledgement earlier this month while walking down Ellice Avenue. On a side street, a woman on a bike pulls over to greet him. And in front of the theatre, next to a recently mowed-down traffic standard on the corner of Maryland Street and Ellice, Beach agrees to pose for a photo with a young family that has recognized the star of the recently concluded CBC -TV series Arctic Air. All spontaneous and inspiring to witness. But it’s hard to know how big a deal Beach is with a less star-struck audience.

The John Howard Society, an organization devoted in large part to helping men fresh out of prison, is located at 583 Ellice Ave., right next door to the theatre. Under its big, blue awning, two tattooed young men are taking a smoke break, as Beach and his pals pose in front of the theatre for a Free Press photographer. A stranger asks the two young men, presumably former “bad actors,” if they’re interested in learning to become “good actors” next door, under Beach’s direction.

They smile. Then one of them declines in words both funny and sad.

“We’re living the dream in the ‘hood.”

Beach’s dream is scheduled for a movie twin-bill red-carpet opening on Oct. 17. Torrie is talking about having the street blocked off and a couple of Beach’s Hollywood pals showing up. I hope it happens. I hope it all happens and the Adam Beach Film Institute is a huge success. But it’s nearly showtime, boys. 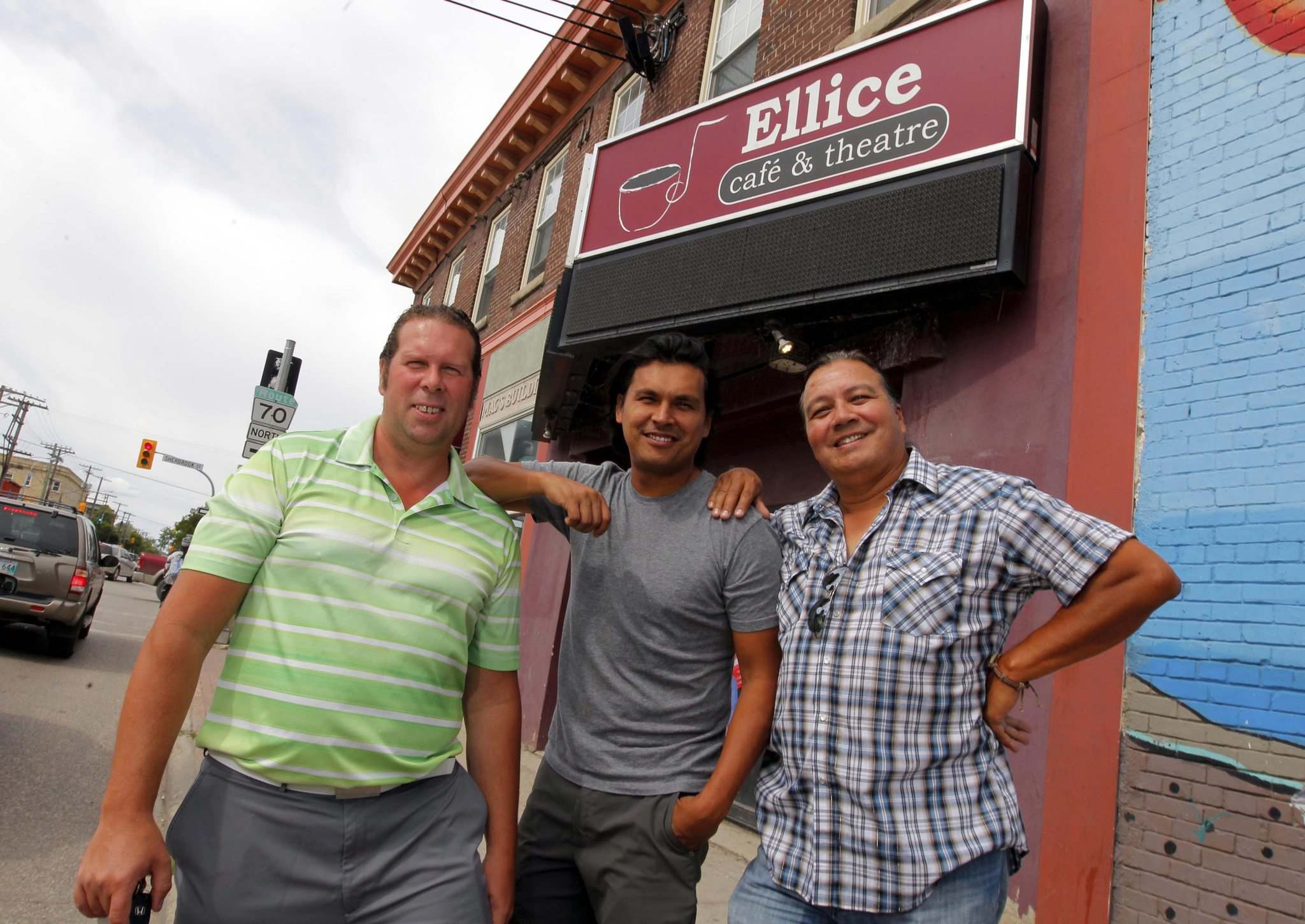 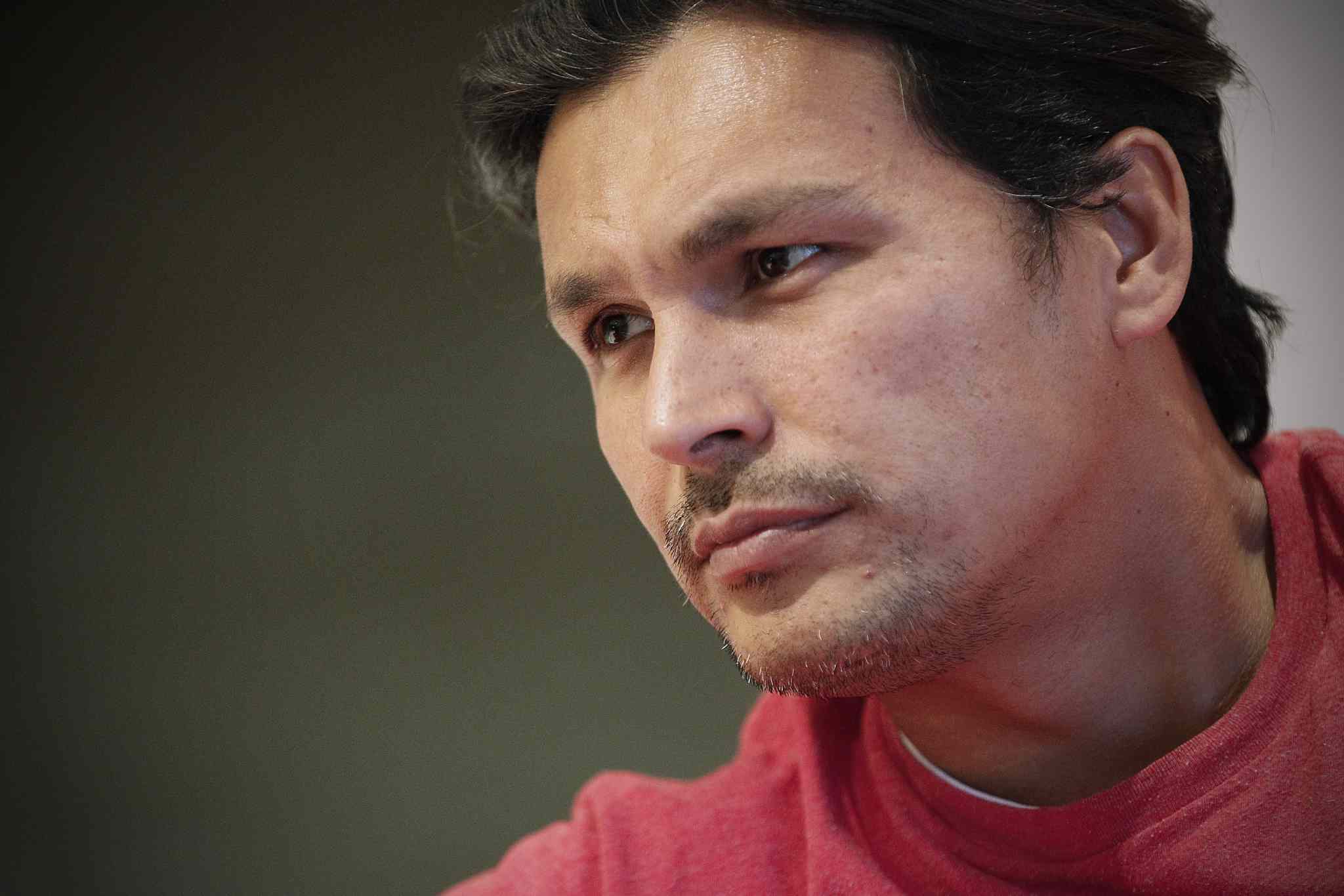