One man from Somalia beat odds to stay in Canada

Sometimes the system works and lightness triumphs over darkness.

Sometimes the system works and lightness triumphs over darkness.

I saw it for myself this year in one of the most amazing immigration stories I’ve been lucky to cover.

A year after fleeing Somalia and travelling by plane, bus and on foot across three continents, Yahya Samatar swam down the Red River into Canada in August.

The day after he arrived, the aid worker sat in the cramped office of Hospitality House Refugee Ministry on Main Street and described in detail his amazing journey. I was riveted but at the same time unsettled. After all he’d been through to get someplace safe, there was no guarantee he’d be allowed to stay in Canada.

I’ve covered several Immigration and Refugee Board hearings and have not seen many Somalis granted protection by Canada.

I’ve heard adjudicators rule the refugee claimant may fear for their safety in Somalia, but that’s no reason to let them stay in Canada; that the terror group al-Shabaab isn’t much of a threat, even though it was bombing government buildings in the capital Mogadishu at the time.

Samatar worked for western NGOs in Somalia on humanitarian projects such as feeding people and investing in women’s health — the kinds of things that promote a civil society. Samatar was doing the kind of work that needs to be done to make Somalia a livable place again for his wife and four children — not to mention hundreds of thousands of refugees who’ve fled since the failed state imploded more than 20 years ago.

Last year, I met many of them who are stuck in the world’s largest refugee camp in Dadaab, Kenya, near the border with Somalia. They’re stuck because it’s still not safe for them to go home. The Kenyan government won’t let them leave the refugee camp or become permanent residents of Kenya. They’re not even allowed to build shelters that are too sturdy because they’re considered “permanent” homes. Kids who were born in the camp after their parents fled fighting and famine in Somalia in the 1990s are now having kids and they have little hope for the future. Even those with loved ones in Canada who are trying to sponsor them to come to Winnipeg were stuck. If they were lucky enough to be called by Immigration for an interview with a visa officer, they couldn’t leave the refugee camp to get to the Canadian consulate in Nairobi.

Samatar was working to try to make Somalia a place they could again call home, but I was afraid he’d get the well-worn boot from Canada.

On the day of his refugee board hearing, the adjudicator in Toronto came out swinging at the video conference. He asked a lot of questions about Samatar’s aid work in Somalia. He pored over Facebook entries on Samatar’s timeline — the only evidence the refugee claimant who swam into Canada could provide. Then there were technical problems with the video-conferencing system and the session adjourned while technicians tried to fix it. It wasn’t looking good for Samatar. I figured the session would be put over to another day, then there would be a delay of several weeks while he waited for the adjudicator’s decision and chances were it wouldn’t be good.

But when the glitch was fixed and his hearing resumed, a shocking thing happened. The Immigration and Refugee Board member came back and said he’d heard enough: he believed Samatar and was granting him protection in Canada.

I was stunned. And relieved. Canada’s immigration system works.

Samatar is still doing aid work, volunteering with refugee resettlement groups in Winnipeg and waiting for his wife and kids to join him. 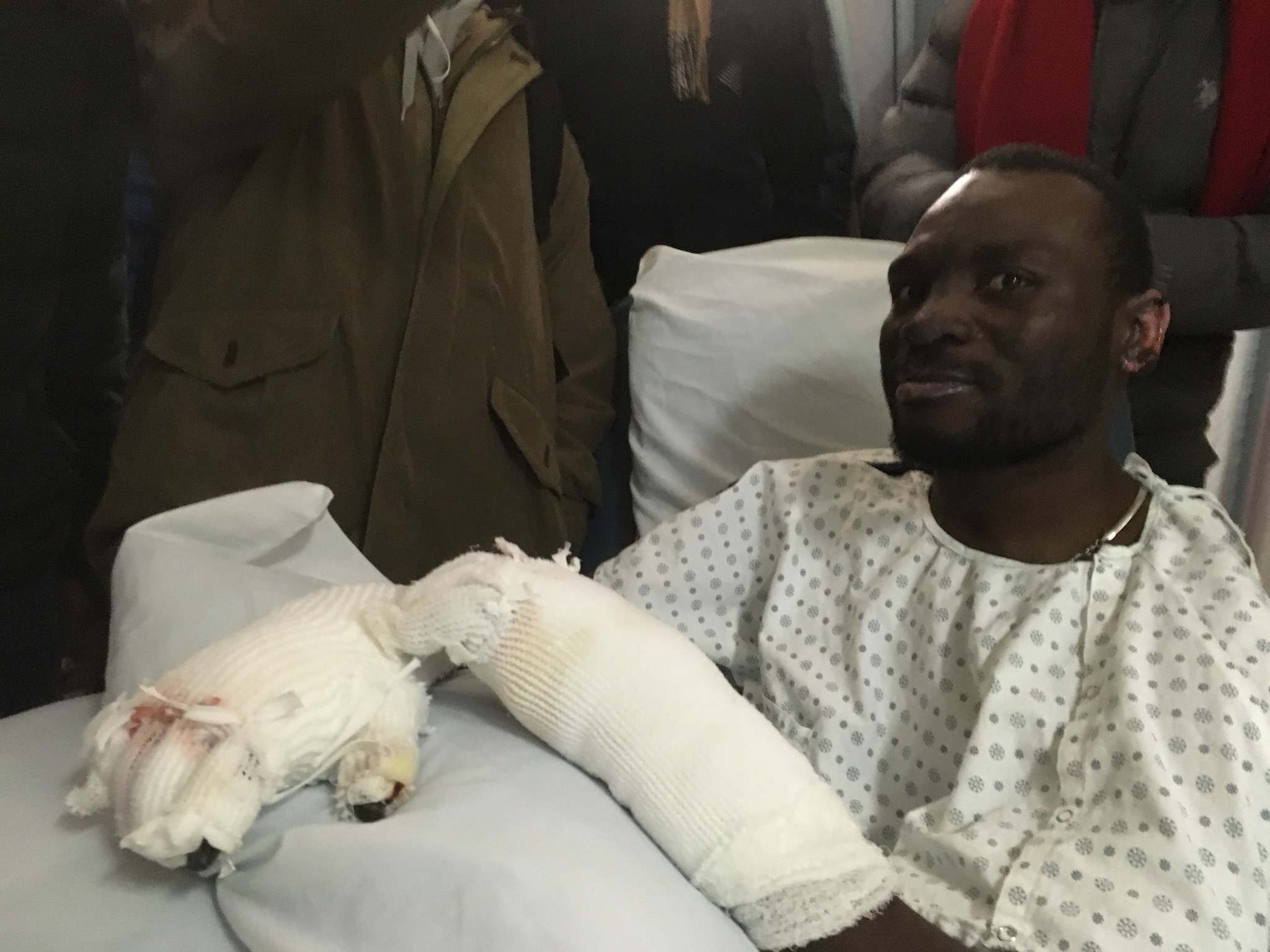