After weeks of sounding the austerity alarm, Manitoba's premier dials back the rhetoric

With the tabling of the second budget from Manitoba’s Progressive Conservative government, we can see clearly now there are two distinct personalities vying for control of Premier Brian Pallister’s brain.

With the tabling of the second budget from Manitoba’s Progressive Conservative government, we can see clearly now there are two distinct personalities vying for control of Premier Brian Pallister’s brain.

There is “the end is near” Pallister, the premier who spent most of the last year sounding the alarm about a growing fiscal crisis that was threatening to swamp the province in a tidal wave of debt. This is the Pallister who ordered the layoffs of senior managers across government and threatened to re-open contracts with civil servants to exact wage concessions.

Then, there is “we can have it all” Pallister, the one who told Manitobans during the 2016 election campaign he could deliver a balanced budget, lower taxes and the best government services in the country as long as he was elected premier. This Pallister told voters there was no need for austerity to get us where we needed to go, just intestinal fortitude.

The budget tabled this week gives us a glimpse into both Pallisters.

It is a document that, for the most part, is couched in language that is designed to soothe concerns over deep spending cuts that were top of mind for anyone working for, or beholden to, government. Spending is going up, Finance Minister Cameron Friesen noted repeatedly on budget day, but in a way that is more sustainable.

That having been said, underlying Friesen’s optimism and assurances is a deep baseline of austerity. Overall spending, including in key departments such as health and education, is rising, but by less than the rate of inflation.

How did Pallister, a man given to alarmist rhetoric, achieve this delicately balanced state? For the second year in a row, Pallister hired an outside contractor to write the budget. Although not unprecedented, it is unusual.

Pallister certainly made a smart decision in the ghost writer he brought in this year: David McLaughlin, the man widely credited for helping Pallister navigate the perils of the provincial election campaign in 2016.

Pallister has long wanted to bring McLaughlin in to a full-time, senior staff role. To date, the experienced political operative has only agreed to work on contract to help Manitoba craft its climate change and carbon tax policies. Over the months he has been advising Pallister on the climate file, McLaughlin has become an increasingly valued adviser and confidant for a premier who is notoriously slow to trust others.

This budget has McLaughlin’s political DNA all over it. It has abandoned much of the severe, almost apocalyptic messaging Pallister delivered over the last year and replaced it with a more measured tone. At the same time, the budget still retains some bite that will please the hawks in the Tory party and caucus.

Overall spending is forecast to go up 2.1 per cent, a very low escalator that may barely cover the impact of basic inflation on government expenditures. In individual departments, the consequences vary from mild to more severe.

Health spending is up by 1.8 per cent, an ambitious target that suggests the system will, if it is lucky, be able to do about as much as it did this past year. That will ultimately mean the same number of diagnostic tests, elective surgeries and hospital beds at a time when an aging and growing population is driving a relentless demand for more of everything.

The same holds true in education. The one per cent funding increase for school divisions is so low that, when you take inflation into account, it is arguably a cut from the previous year. That will drive up property taxes across the province.

Infrastructure spending is up for flood-related assets, but in other areas such as roads, funding was cut. More than $900 million in health and education capital projects, including much-needed assets such as personal care homes, is on indefinite hold.

Funding for arts, culture and sports programs was cut. Vacancy management, the practice of forcibly keeping government jobs unfilled to save money, is being applied more aggressively and will undermine service delivery in some areas. Public sector unions unlucky enough to have an expiring contract this year will have to accept a wage freeze.

In an act that is either remarkably foolish or remarkable courageous, Pallister continued with a plan to index income tax brackets that will provide some tax relief for some Manitobans. He did this largely by cancelling other tax expenditures, including the income tax rebate for university graduates that remained in Manitoba to work.

Many Manitobans may look past the hard details of the austerity measures in this budget and focus instead on McLaughlin’s messaging, namely that if this is austerity, it is a kinder and gentler form.

The flaw in this otherwise elegant strategy is that for Pallister to deliver on his entire fiscal vision — a balanced budget, lower taxes and improved government services — absolutely everything must go right over the next three years or so.

The five-year fiscal forecast, a key table necessary to chart a government’s progress in achieving its short-term fiscal agenda, shows a steady decline in the budget deficit up to the fiscal year 2019-20, when Finance Minister Cameron Friesen hopes to be able to report a $500 million shortfall, down from $769 million forecast for the current fiscal year.

There are quite a few potential problems that could derail that plan; another economic slowdown, a significant flood or forest fire, a public health crisis such as an influenza outbreak, a trade war with the new Trump administration, a significant increase in interest rates.

These events would translate into unforeseen expenditures that are measured in the hundreds of millions of dollars. Some of them contributed significantly to the fiscal undoing of the previous government.

Even without a fiscal disruption, Pallister will be hard pressed to achieve all his goals. Particularly his pledge to cut the Provincial Sales Tax by one percentage point, a move that will result in about $350 million less revenue.

The PST cut will be a feature of the 2020-21 budget, his last before he seeks re-election. Unfortunately, his own forecasts show this one tax cut could erase most of the progress he has made toward balancing the budget over the previous three years.

The big question facing Manitobans is whether the sacrifices that are elegantly woven into this budget are fair trade in exchange for a lower deficit. Although Friesen continued to maintain there will be no cuts to “front-line services,” this is a budget that will, at most, preserve a minimum level of service in key departments. No expansion of capacity to meet growing demands, no new bells and whistles.

It could be that many Manitobans believe preserving a minimum level of service is a reasonable sacrifice for making measurable reduction in the deficit. That was something the former NDP government was unable to do in its last few years in office. It will help the Tory cause if Pallister and his government are more upfront about the real impacts of their budgetary policies.

This is not a have-your-cake-and-eat-it-too budget. It is a budget that takes away a little bit now with the promise there will be more for everybody down the road. 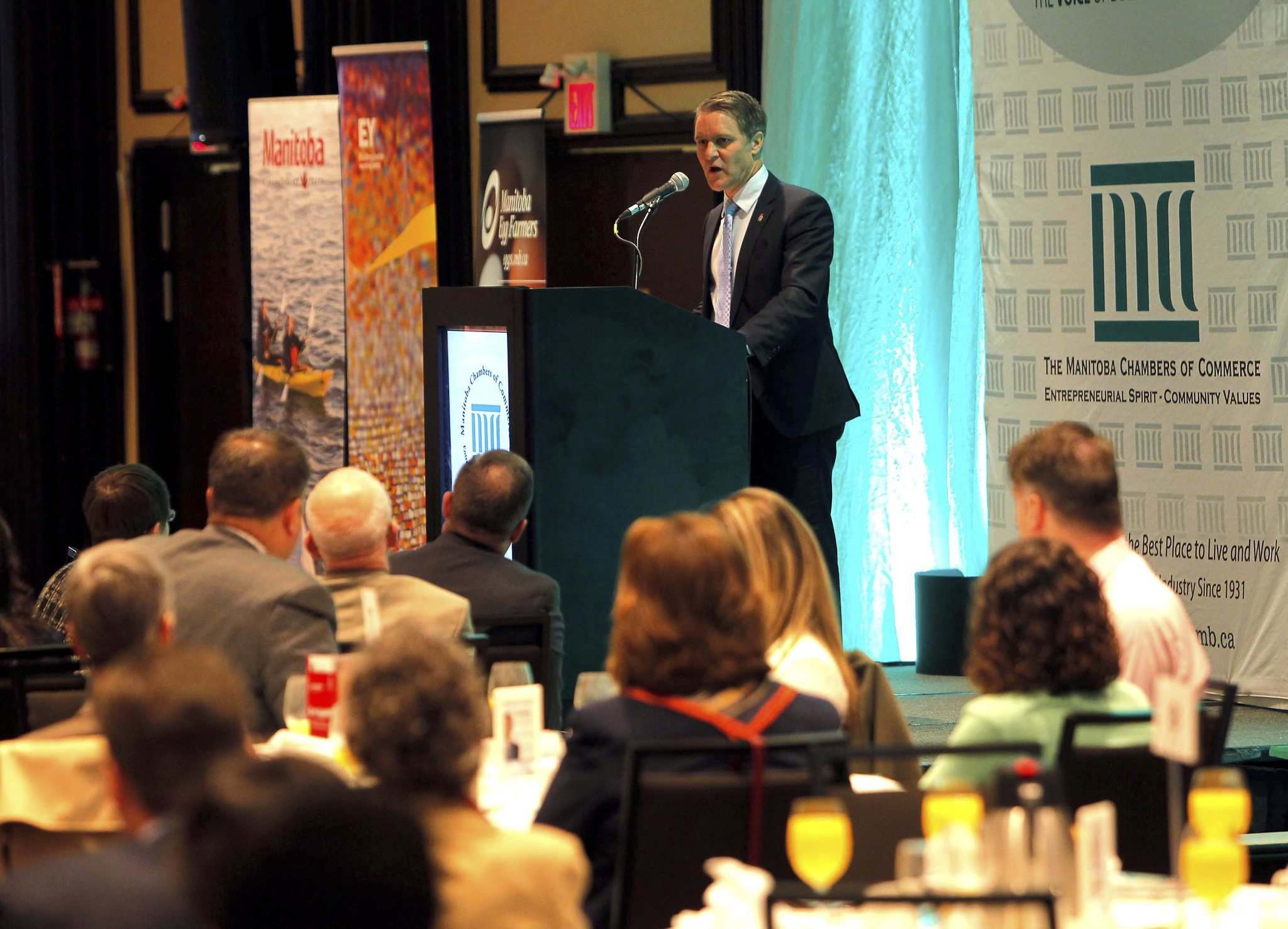 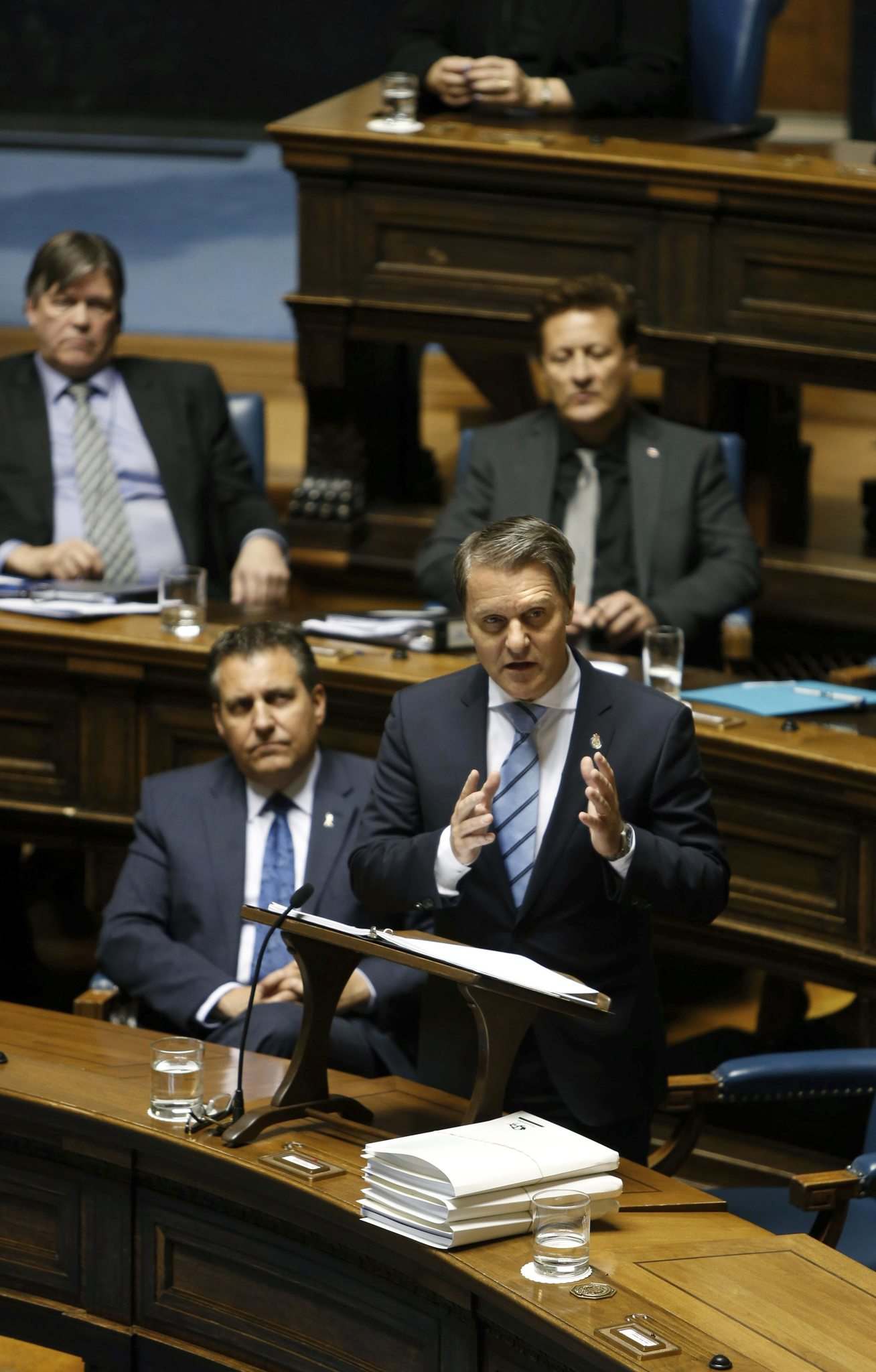