Winnipeggers who want to see Portage and Main re-opened to pedestrians have a right to feel a bit disappointed that Mayor Brian Bowman was one of 14 members of city council to vote in favour of a proposal to hold a referendum on the matter in this fall's election.

Winnipeggers who want to see Portage and Main re-opened to pedestrians have a right to feel a bit disappointed that Mayor Brian Bowman was one of 14 members of city council to vote in favour of a proposal to hold a referendum on the matter in this fall’s election.

After all, Bowman campaigned in 2014 on a promise to re-open the intersection and his ringing electoral victory gave him a mandate to do just that. All those who want to free Winnipeg’s most famous intersection believe Bowman at the very least should have opposed the referendum on that basis alone.

Has the mayor abandoned cause of Portage and Main? The short answer is yes, and no.

Yes, in failing to oppose the referendum, Bowman was demonstrating a greater interest in getting re-elected than pursuing an open intersection.

Mayoral challenger Jenny Motkaluk has pledged to stop the city from re-opening Portage and Main. Although it is unclear that Portage and Main was going to make or break anyone’s campaign, the prospect of a referendum more or less defuses one of Motkaluk’s sharpest points of attack.

This is not a risk-free strategy for the mayor. If Winnipeggers vote to keep the intersection closed, Bowman will have to bear some of the responsibility. Whether or not that will happen is, however, anyone’s guess at this point.

Given the hastiness with which Coun. Jeff Browaty raised the prospects of a referendum — at the last council meeting before the fall election — there is very little time for ‘yes’ and ‘no’ sides to mount a formal campaign. Even the motivation for holding the referendum has been muddy and poorly defined.

A constant source of political non-sequiturs, Browaty actually argued that referendum was necessary to give those people who voted for Bowman but do not support him on this issue a chance at a do-over. “This is an opportunity to have a real debate on the matter and for the public to say which way they go and, hopefully, we never have to discuss it again,” he said.

And in that ridiculous context, no, Bowman is not entirely abandoning the cause. He is, however, reaching out to the citizens for some help. And if social media is any indication, Browaty and his collaborators may only have provoked the #TeamOpen constituency. That will be important if Bowman’s vision is to survive the irreconcilable gulf that separates core area Winnipeggers from those who live in the suburbs.

Poll results show that a slim majority of Winnipeggers oppose the re-opening of Portage and Main. However, dig deeper and you can see the real fault lines.

The people who want the intersection re-opened generally include younger Winnipeggers, those who live downtown, citizens with mobility issues, most urban planners and architects with an interest in downtown development, entrepreneurs who own businesses downtown and — perhaps most importantly — those who own property right at Portage and Main.

Opposition to a barrier-free intersection includes many older Winnipeggers, people who live outside the core and only drive through the centre of the city on their way to work or on their way somewhere else.

With those lines of demarcation, the debate comes down to a battle between those for whom downtown is a daily and significant presence in their lives, and those for whom it is mostly an afterthought. And that is a potentially dangerous scenario given that there is so much disinformation surrounding the issue.

Browaty, Coun. Janice Lukes and even Motkaluk would have people believe that this is largely a fiscal issue, a waste of money on something that will only delay the afternoon commute for people who hate going downtown in the first place.

In fact, in relative terms, it’s a pretty frugal project.

All told, the city is committed to spending about $3.5 million on street-level upgrades and planning the re-opening of the intersection. We do not know the final cost of tearing down the barriers. However, the existing barriers are falling apart and removing them could very likely be less expensive than rebuilding them.

There is also the fact that private land owners at Portage and Main need to do repairs to the underground infrastructure that supports Winnipeg Square, the underground shopping mall. That work will require the removal of some of the barriers. Rebuilding them seems a pointless endeavour.

Traffic is often cited as a concern, even though a survey of the existing patterns at Portage and Main reveal some very long delays between green lights. For those who need to get across the intersection, there will be time.

Pedestrian safety is also raised as a concern, although there is nothing to suggest that this intersection will be any more dangerous than any other. In fact, it’s quite likely it will be safer than using a cross-walk on Pembina Highway during the morning rush hour.

By deferring to the will of the people who vote in the referendum, Bowman has clearly passed the buck to citizens who share his vision of a barrier-free Portage and Main. That is bad news for those people who believe he earned the mandate to re-open the intersection four years ago.

The good news is that the referendum also serves as an opportunity to get the intersection re-opened with a promise that — in Browaty’s words — we never have to discuss the legitimacy of the issue ever again.

Bowman steps away from signature issue

Winnipeggers to decide fate of Portage and Main in fall election; lack of rules raises concerns

Brian Bowman will vote for referendum on Portage and Main 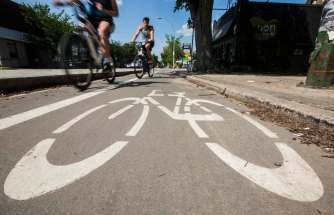 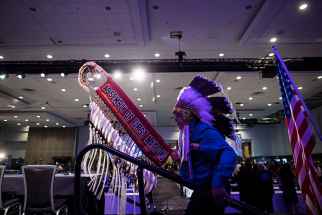 To realize mayor’s vision, Portage and Main is going to need some help from its friends 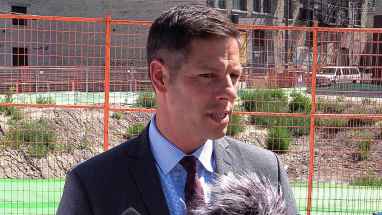 Ballet in the Park back in motion 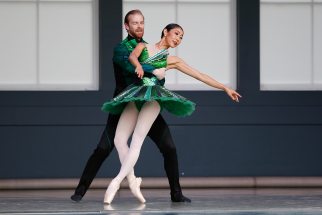 ‘We are here to play and here to stay’ 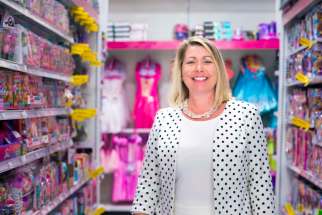 Did Trouba lie about wanting to stay with Jets? 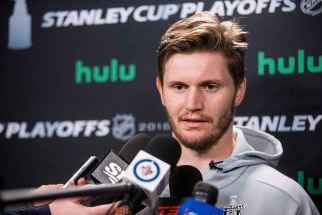 New episode of The Handoff podcast 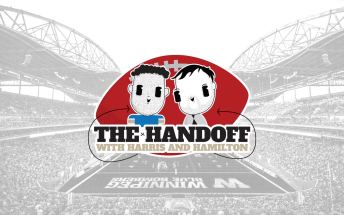 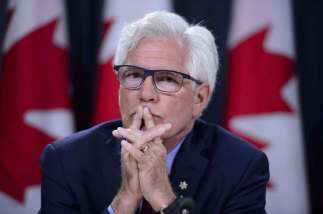 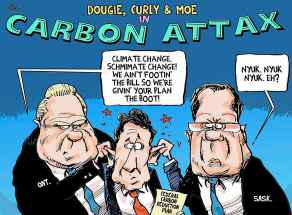