Service Canada’s phone lines and websites are operating at capacity, leaving several Winnipeggers to wait in line at Service Canada locations around the city in an effort to navigate the employment insurance process in the wake of COVID-19 layoffs.

Service Canada’s phone lines and websites are operating at capacity, leaving several Winnipeggers to wait in line at Service Canada locations around the city in an effort to navigate the employment insurance process in the wake of COVID-19 layoffs.

That in-person option will soon no longer be available. Late Thursday evening, the federal government said Service Canada centres will be closed due to coronavirus-related health concerns. Alternative arrangements can still be made for those who require in-person services.

Cheryl Tymchak was one of about a dozen people waiting — spaced approximately a metre apart from one another — in the snow outside the Service Canada office on St. Mary’s Road Thursday morning.

She had been on sick leave since November, and nearing the end of her benefits period, she got in contact with Service Canada at the end of February.

Tymchak said she was told she would have to wait a standard period of up two weeks before her information could be processed; now four weeks and several phone calls later, she’s heard nothing.

“I’m on a waiting list for EI to go through,” she said. “I registered February 27th and it says we’re only supposed to be waiting 15 days, and guess what? Not 15 days.”

For Tymchak, a visit to a Service Canada centre was preferred to more time spent on the phone.

“I’ve tried four times now and they hang up on you. They’re using your (cellphone plan) minutes and not everybody has a house phone, so that really isn’t helping, and the only option was to come down and wait.”

She was among many Thursday who reported lengthy wait times on Service Canada’s phone lines, only to have calls dropped when no representatives were available to take calls. Tymchak said she waited up to 45 minutes on one call before the line was disconnected.

In order to adhere to social-distancing measures, only one person was allowed inside Service Canada at a time. Signs posted outside the office Thursday warned only “critical services” would be handled, and recommended people with internet access return home and apply online.

Esther Banjo, laid off from her job as a banquet server at a Winnipeg hotel at the onset of the pandemic, said she didn’t try phoning in but faced similar lags and service interruptions with the online application process.

Banjo said her employer emailed her to say she would be eligible for EI benefits, but when she tried to apply she was unable to get through the lag times on the Service Canada’s website, so she decided to stop by in person.

“It’s scary,” Banjo said about her financial situation so far. “I just hope it will be quicker — we’ve been waiting for weeks.”

The federal minister in charge of Service Canada says officials will make alternative arrangements for those who still need in-person services.

As rent day draws near and financial fears mount for many Canadians, the Government of Canada announced the Canada Emergency Response Benefit to support workers laid off as a result of COVID-19.

“The EI system was not designed to process the unprecedented high volume of applications received in the past week,” the Finance Department said in a statement Wednesday.

“Given this situation, all Canadians who have ceased working due to COVID-19, whether they are EI-eligible or not, would be able to receive the CERB to ensure they have timely access to the income support they need.”

During a press conference Thursday morning, Prime Minister Justin Trudeau said the online portal for accessing CERB will launch “as soon as possible.”

Applicants can expect to receive benefits within 10 days of submitting their applications. 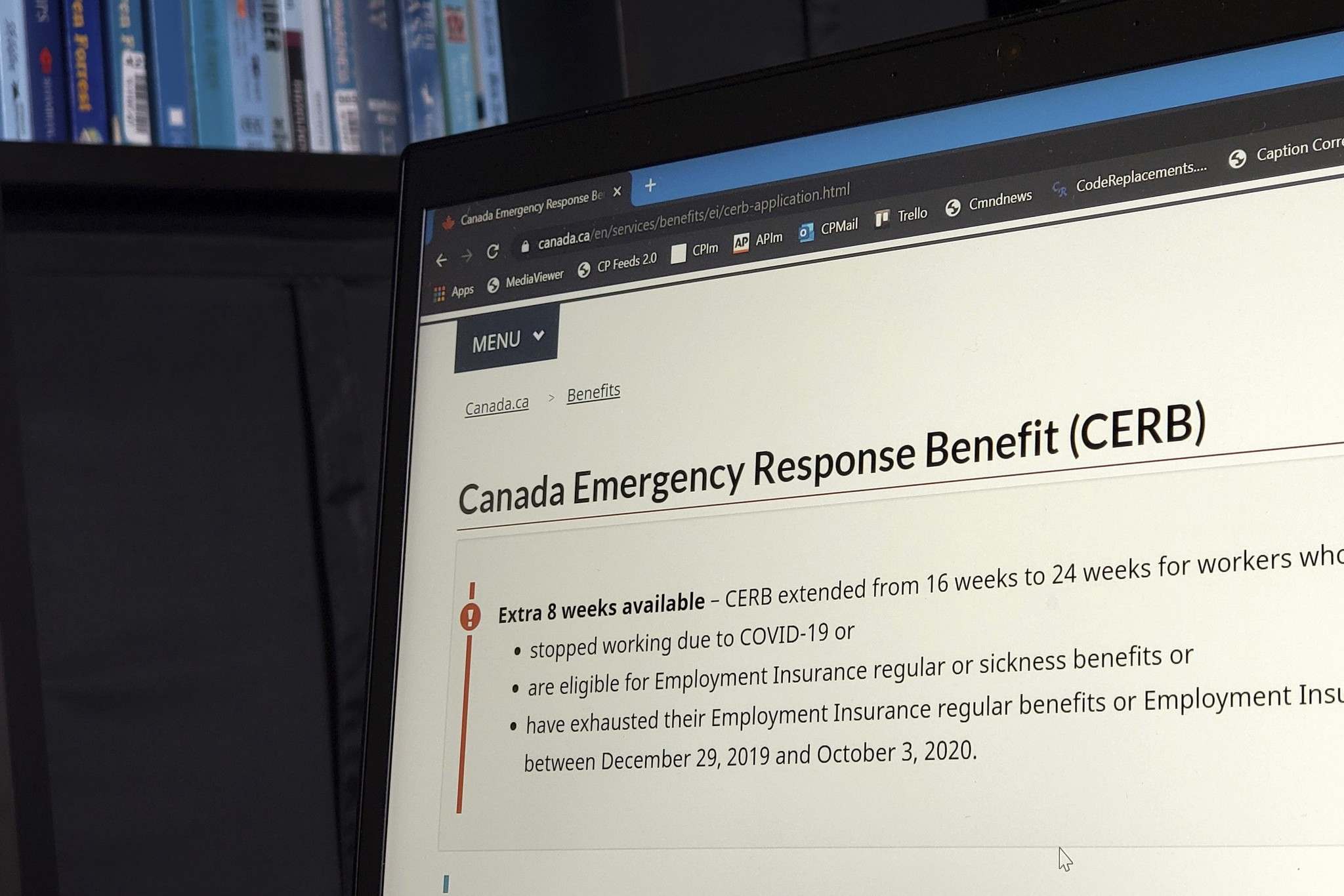