It was no April Fool's joke when Home Depot announced, on April 1, that it had directed all 2,300 stores in North America to stop sales of N95 masks so that any remaining stock could be donated to health care workers on the front lines of the COVID-19 pandemic.

It was no April Fool’s joke when Home Depot announced, on April 1, that it had directed all 2,300 stores in North America to stop sales of N95 masks so that any remaining stock could be donated to health care workers on the front lines of the COVID-19 pandemic.

Home Depot’s gesture was not unappreciated. There is a global shortage of these masks, which provide the highest degree of protection for nurses and doctors. One of the contributing reasons is that retailers continue to control huge stockpiles of these essential personal protective equipment (PPE) devices. However, it was also rather hilariously late to be making such an important decision.

Lamentably, Home Depot is hardly alone in its sluggish response.

Lowe’s, another home improvement chain, announced on March 20 it was donating 30,000 N95 masks and other items, such as gloves, cleaning products and bottled water. Target announced it was donating its entire supply of N95 masks to hospitals across the United States, but only after someone tweeted a photo on March 21 of shelves in a Seattle-area Target store jammed with boxes of masks.

The rapacious lunacy of the retail sector has even reached Winnipeg.

Showcase, a Polo Park mall retailer that normally sells “as advertised on TV” gizmos and gadgets, created a small stir on Wednesday when the store let it be known it had a stockpile of N95 masks and hand sanitizer and was willing to sell on a first-come, first-served basis.

Showcase said its decision to sell these products at retail was “a public service,” and said it would limit purchase of the masks to first-responders, health-care workers and seniors. Selling these masks is hardly a public service — particularly when the store was doing nothing to ensure the masks were getting to the people who need them the most.

Shared Health Manitoba prescribes N95 masks for “aerosol-generating” medical procedures. That list does not include the treatment or testing of COVID-19 patients, although nursing and health care support worker unions across Canada believe they should have access to them as a matter of course. Either way, N95s are in great demand and shouldn’t have been sold from a Polo Park storefront like cut-rate Easter hams.

Showcase’s action, along with the late-to-the-dance donations of big-box and online retailers, suggests governments around the world should have stepped in and conscripted these items. For some reason, governments have been unwilling or unable to do that, and one contributing factor may be the sheer number of retailers that have their hands on these PPE items.

Not all retailers succumbed to the siren song of profiteering; brands like Eddie Bauer, The Gap, Ralph Lauren, Hanes and even Winnipeg-based Canada Goose have already announced they were retooling their manufacturing lines to produce masks, gowns and medical scrubs.

In doing research for this article, I found a story on Vox explaining why the United States was so short of N95s. (Spoiler alert: governments did not invest enough money in stockpiling PPEs before the pandemic.) As I read the story on my computer, a Google Ad popped up for a website operated by something called Airygal that was selling — you guessed it — N95 masks and other medical-grade PPE such as gloves and face shields. The same situation exists at Amazon; dozens of listings for badly needed PPEs.

Not all retailers succumbed to the siren song of profiteering; brands such as Eddie Bauer, the Gap, Ralph Lauren, Hanes and even Winnipeg-based Canada Goose have announced they would retool their manufacturing lines to produce masks, gowns and medical scrubs. Then there’s the story of Thawrih SportsMask, an Ottawa company that makes breathable, flexible headgear for Muslim and Sikh athletes. Thawrih announced last week it would use its production capacity to make medical-grade masks.

These good-news stories do not clear the stench of greed and opportunism that have driven parts of the retail industry. Even before the global shortage of PPE became one of the biggest narratives in the pandemic, we had widespread price-gouging and hoarding of necessities at big-box retailers.

For weeks, news organizations reported that panicky citizens were buying huge quantities of sanitizing supplies, thermometers, toilet paper and some food items. Lost in that trend was the fact that retailers can and regularly do limit the purchase of products during promotions and sales. But in this instance, retailers didn’t take action until it was too late and the supply chain was compromised. Apparently, the need to moderate the sale of staples to prevent hoarding was considered less important than limiting the sale of specially priced K-cup coffee pods.

When the pandemic starts to wind down, a day of reckoning will come for many people, both in government and the private sector, who used this crisis as an economic opportunity.

Retailers deflected attention by saying supply chains would eventually catch up and they would start limiting the amounts people could by. Have you tried to buy toilet paper lately? The supply chain for some items will not recover for some time.

When the pandemic starts to wind down, a day of reckoning will come for many people, both in government and the private sector, who used this crisis as an economic opportunity. When we reach judgment day, you can bet some of the world’s biggest retailers will have some explaining to do.

Until then, we as individuals can take action. If you have some N95 masks or know where to buy them, package them up and donate them to the province. Shared Health has already posted information on what is needed and where you can drop it off.

Do what the retailers were unable to do. Put the lives of people on the razor’s edge of the pandemic battle before our own selfish interests. 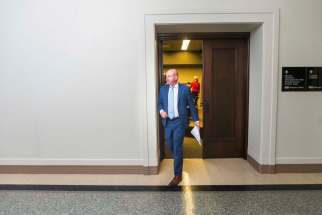 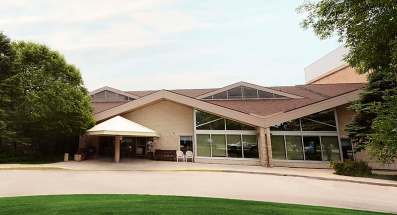 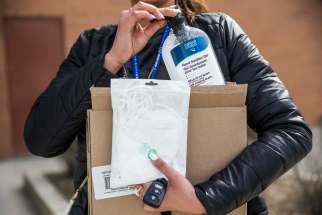 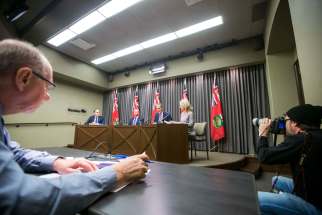 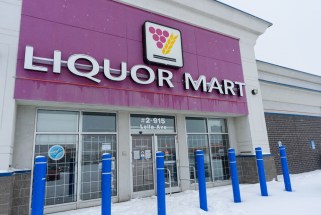 Pandemic threatens farmers’ odds of bouncing back after 2019 weather misery 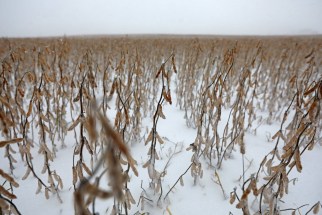 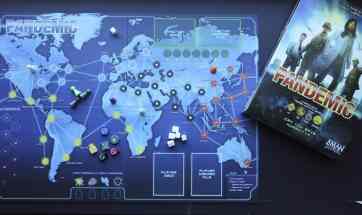 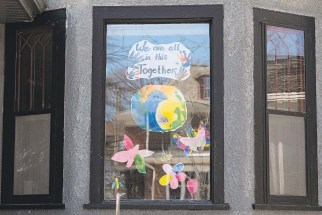