OTTAWA — Housing advocates are giving a thumbs-down to the Trudeau government’s massive budget, saying the proposed funding will have limited effect on homelessness in cities such as Winnipeg.

OTTAWA — Housing advocates are giving a thumbs-down to the Trudeau government’s massive budget, saying the proposed funding will have limited effect on homelessness in cities such as Winnipeg.

“It’s not going to end or reduce homelessness; it’s not keeping up with demand,” Christina Maes Nino, head of the Manitoba Non-Profit Housing Association, said about the spending plan announced Monday in Ottawa.

“Unless there’s a big change and a massive investment, we’re not going to see an end of homeless encampments.”

A month ago, local Liberal MPs held consultations with Manitoba housing groups, building up expectations that the budget would drastically improve or expedite the existing national housing strategy.

Instead, the Liberals proposed a $1.5 billion top-up to a popular program to retrofit unused buildings for rental housing, all to be spent within a year.

The Rapid Housing Initiative was launched only last fall, but has already paid for 88 units for some of Winnipeg’s most vulnerable.

The Liberals are adding $1 billion in various subsidies spread out over seven years.

The budget also expedites funds for loans meant to help build mixed-income housing, without adding more money. Instead, it pulls forward $1.3 billion originally planned from later years into the next 24 months.

“There will be an incremental increase (but) given the needs, especially caused by COVID, it really is a missed opportunity,” said Jeff Morrison, head of the Canadian Housing and Renewal Association.

He was pleased with the boost in funding for retrofits, but disappointed there wasn’t an increase in financing for new builds.

“It’s really not going to make a substantial difference to people waiting for affordable housing.”

Monday’s budget changes are supposed to result in 35,660 affordable housing units either built or repaired across Canada. That’s in addition to 126,450 previously announced units, not all of which have been built yet.

The housing strategy remains backloaded, with most of its spending weighed toward its March 2028 completion.

According to a 2020 report commissioned by the city, Winnipeg needs more than 300 new affordable units each year to keep up with demand.

The Parliamentary Budget Officer recently found that since the housing strategy launched in November 2017, only 143 affordable units were earmarked for Manitoba, not all of which have actually been built.

Housing advocates are distressed that Ottawa has failed to publish a housing plan for urban Indigenous people, despite promising to do so in November 2017 at the launch of the national housing strategy.

In February, the PBO reported that Winnipeg has the highest number of Indigenous households living in inadequate conditions, more than in larger cities.

Indigenous people living off-reserve in Manitoba are 1.7 times more likely than others to be living in a home considered to be overcrowded, unaffordable or in major disrepair.

In the wake of that report, federal cabinet minister Dan Vandal told the Free Press he agreed with critics that his government isn’t moving fast enough for the chronic needs of Indigenous people in Winnipeg.

“We have to move quicker on that; I will admit that,” the Saint Boniface-Saint Vital MP said. “Working with urban Indigenous people has to be a priority. Certainly, we need to a better job.”

Vandal’s office said he was not available Tuesday for an interview.

In Manitoba, just 663 housing units are dedicated to low-income Indigenous people. The budget watchdog found none of those units were built in the last fiscal year, and most of the billions in earmarked funding won’t flow for years.

“Most people in the housing world were really expecting and hoping there’d be at least a start of an urban and rural Indigenous housing strategy, and that’s not in this budget so that’s a huge disappointment,” said Maes Nino.

“I don’t know what more evidence is needed to show that Indigenous people are disproportionately suffering from poor housing conditions. How could it be any more obvious?” 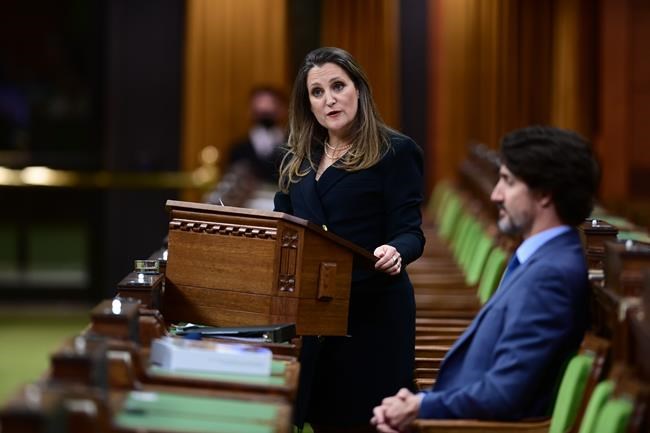