Jonathan Torchia arrived late Friday to find his Portage Avenue storefront surrounded by Winnipeg police and emergency crews, the result of a hit-and-run collision that left a vehicle overturned on a neighbouring lot.

Jonathan Torchia arrived late Friday to find his Portage Avenue storefront surrounded by Winnipeg police and emergency crews, the result of a hit-and-run collision that left a vehicle overturned on a neighbouring lot.

Inside City Park Runners athletic retail store, debris and shards of shattered glass littered the floor. The cash desk, where only hours before staff manned the register, was obliterated.

“Thankfully, it happened after hours,” Torchia said, reflecting on the carnage from inside his business Monday afternoon. “I was in total disbelief, like how the hell did this happen?”

When first responders arrived, two people suspected of being involved had fled the scene, making it another in a spate of collisions that have left five people dead on Winnipeg streets this month.

The latest: a 56-year-old man killed in a hit-and-run at the intersection of Keewatin Street and Notre Dame Avenue early Monday.

The WPS has released limited details, saying only the suspect vehicle is a white or light-coloured SUV.

Previous incidents include an Oct. 21 hit-and-run in which a woman in her 40s was struck and injured near Marion Avenue and Archibald Street.

On Oct. 18, David Bunguke, 17, was killed after a vehicle driven by a friend struck a hydro pole on St Mary’s Road. The driver, an 18-year-old male, was also seriously injured.

Police have not commented on the cause of the crash nor whether charges will be laid. Surveillance video from a nearby business shows the car travelling at a high rate of speed before veering out of control.

On Oct. 16, Shannon Joan Marie Romaniuk, 24, was killed near the intersection of Portage Avenue and Berry Street. Just 18 hours prior, 81-year-old Corazon Manguerra died near Sargent Avenue and Empress Street.

Both were victims of hit-and-runs.

Earlier this month, Jim Aitkenhead, 78, died after he was hit on Osborne Street outside of his retirement home. The driver, a woman in her 80s, remained at the scene.

So far, the WPS has not announced charges or arrests in relation to any of the incidents. On Monday, it declined to comment on any whether officers have identified any suspects or potential reason for the spate of lethal crashes.

To date, eight hit-and-runs have been reported in 2022, with six resulting in fatalities, city police said.

In July, the City of Winnipeg introduced its Road Safety Strategic Action Plan, a document outlining 67 safety measures aimed at reducing the annual number of serious collisions by 20 per cent before 2026.

Council approved the plan but deferred on creating a new road safety department which would employ three full-time staff. The creation of the “road safety branch” has instead been included in the 2023 operating budget, said spokesman Ken Allen.

“Implementation of the (action plan) is expected to accelerate once these new positions are filled,” Allen said Monday.

Speed, impairment and distracted driving commonly contribute to fatal collisions, but there are things the city could do to make its streets safer, said Ahmed Shalaby, a professor of civil engineering at the University of Manitoba.

“There are deficiencies in road design in every city, including Winnipeg, and they get addressed one at a time,” Shalaby said, adding, ideally, safety reviews and improvements are completed before fatal accidents — not in the wake of them.

The guidelines the city uses to inform its road design and safety methods are standard across many municipalities in Canada, Shalaby said.

“I don’t work for the City of Winnipeg, so I don’t know how closely they are following the guidelines, but there are always improvements that can be made.”

Installing guard rails on curves and shielding fixed objects (such as hydro poles and trees) can be potentially life-saving measures for drivers, while improving active transportation infrastructure aids in pedestrian safety, he added.

On Monday, black tire marks remained on the pavement outside City Park Runners and bits of debris still littered the pavement. Across the street, turned-earth and a knocked-over fire hydrant marked where the vehicle that struck the storefront rolled over and came to a rest.

“It’s wild, you’d think that after (Bunguke) was killed on St. Mary’s just last week, that maybe people would (slow down),” Torchia said.

“Its dangerous as all hell… If one of my staff was standing behind that desk, they would’ve been killed.” 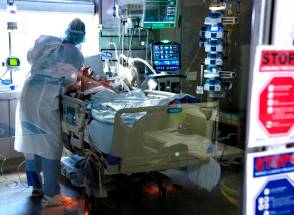 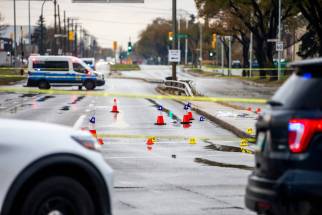 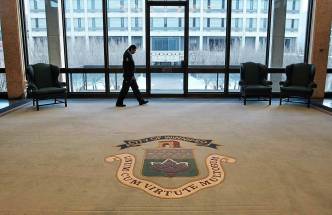 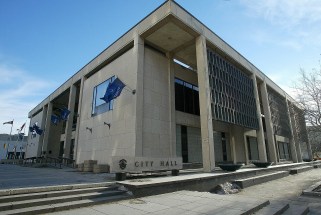 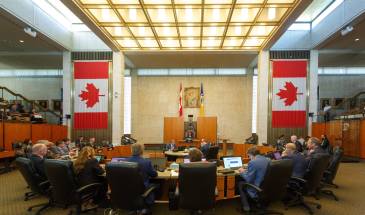 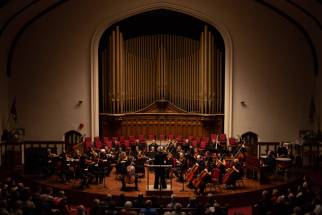 Bombers-Lions tilt anything but meaningless 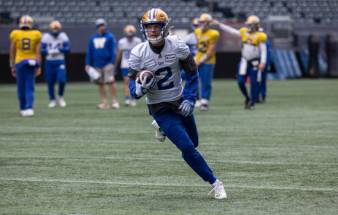 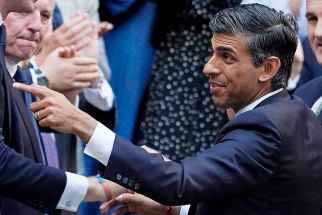