Fontaine accused Klein — who is carrying the Tory banner in the Dec. 13 election to fill the open Kirkfield Park seat — of “lying” to Manitobans about no longer working for Nygard after 2014.

Nygard has been charged with sex assaults against several women in Canada and the United States and is facing accusations of rape, sex trafficking and sexual misconduct from 57 women as part of a class-action lawsuit filed in U.S. Federal Court.

The accusations have not been proven in court, and Nygard, speaking through attorneys, has maintained his innocence.

Klein previously told the Free Press he worked for Nygard during a four-month period in 2012 and a two-week period in 2014, primarily with Nygard Biotech, a company launched in the Bahamas conducting research on regenerative medicine and stem-cell science.

However, Fontaine tabled documents — including news reports from local St. Kitts and Nevis media, dating back to 2015 and 2016 and an Eastern Caribbean Supreme Court judgment — she argued shows Klein worked for Nygard in 2015 and was an investor alongside the fashion designer in 2016.

One news report, from 2015, said a group of investors, including Nygard, had proposed to build a luxury facility in St. Kitts at the Christophe Harbour to deliver stem cell treatments for international clients and medical tourists.

The report was based on a press release issued by the St. Kitts Biomedical Research Foundation at the conclusion of a research strategy meeting.

The second report, which cites a statement issued by the Island nation’s health minister at the time, names Klein as a private-sector partner in a regenerative medicine project involving the St. Kitts Biomedical Research Foundation in 2016.

Meanwhile the written judgment from the Eastern Caribbean Supreme Court ordered the disclosure of a public relations campaign provided to the St. Kitts and Nevis government for a “new venture as per the commitment given by Mr. Kevin Klein and or St. Kitts Institute for Regenerative Medicine.”

“Does the premier think it’s OK for Kevin Klein to mislead Manitobans about when he worked with Peter Nygard?” Fontaine asked in the house Monday.

“Does the premier think it’s OK for Kevin Klein to mislead Manitobans about when he worked with Peter Nygard?”–NDP house leader Nahanni Fontaine

On Friday, Manitoba Liberal Leader Dougald Lamont asked the governing PCs if Klein — who served one term as Charleswood-Tuxedo-Westwood’s city councillor before his unsuccessful mayoral bid last month — was properly vetted to run in the provincial byelection. He tried to link Klein’s role with Nygard Biotech and allegations that Nygard paid a Bahamian politician thousands of dollars in exchange for a political favour around 2012.

Premier Heather Stefanson didn’t attend question period Monday, and instead of deputy premier Cliff Cullen responding to the question, Environment Minister Jeff Wharton did. He told the house that “working with Mr. Klein in Kirkfield Park has been… a joy” and that Wharton and his wife would both be knocking on doors for the candidate Wednesday night.

“We know Mr. Klein’s record when it comes to serving Manitobans as a city councillor,” Wharton said in the chamber. “We know his goals and values are shared with this side of the house.”

Klein accused the Liberals and the NDP of conducting a “witch hunt” because they’re afraid he’ll win the byelection because of his track record on city council.

“This is a desperate attempt by the NDP and Liberals to discredit me in hopes of gaining any kind of traction in the Kirkfield Park byelection,” he said Monday.

Klein said during the time he worked for Nygard, he had meetings with biotech executives, foundations, and medical researchers from across North America “working to discover cures for life-altering diseases that impact millions of people.”

“Working with Mr. Klein in Kirkfield Park has been… a joy”–Environment Minister Jeff Wharton

After he quit Nygard, he was approached by an organization in 2016 — which he didn’t name — to assist in their communication efforts for the launch of clinical trials associated with Parkinson’s research in St. Kitts and Nevis.

“Nygard Biotech was not involved in any form,” he said.

Klein said Friday that he quit working for Nygard not long after taking the job because, “morally,” he could no longer work for him. On Monday, he elaborated.

“I was treated disrespectfully and berated in front of people,” Klein said. “It was incredibly stressful. It was obvious that I conduct business in a different way which did not align with the practices of Nygard Biotech. I had no choice but to quit immediately as it was impacting my health.”

The former Winnipeg Police Board chair has maintained that his work with Nygard was strictly professional and he did nothing wrong.

On Monday the PC Party of Manitoba issued a statement saying “Mr. Klein has been through a vigorous vetting process when he became the chair of the Winnipeg Police Service, and again went through a vetting process before becoming our PC candidate.” 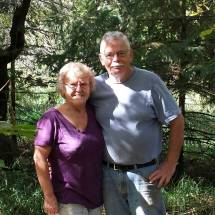 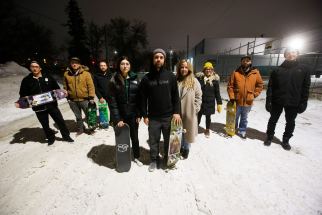 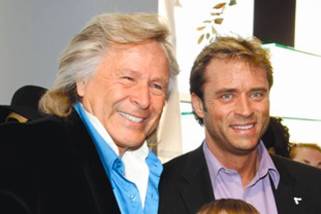 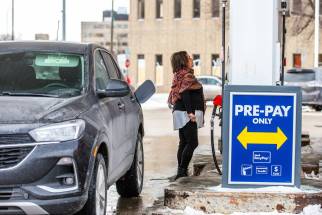 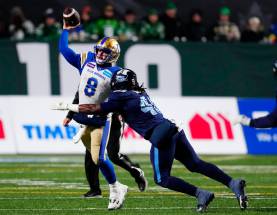 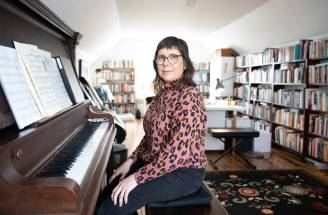 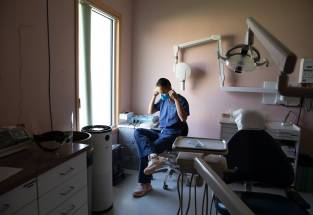 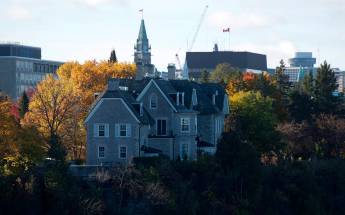 Bravely out, disappointingly out in the cold What’s driving fuel prices?