In this instance, the promising idea was the removal of the main door to a girls’ washroom at St. James Collegiate, and the closure of another girls’ washroom, because of concerns about “congregate vaping.”

Or, borrowing a phrase from a bygone era, to discourage students “smokin’ (e-cigarettes) in the girls room.”

Photos posted on social media showed a clear line of sight from the hallway into the washroom, where passersby could easily see stalls (that still had doors) and anyone else lingering inside.

The door was removed, and another was locked, without warning, according to students and parents interviewed by the Free Press. No one from the St. James-Assiniboia School Division would do an interview on the issue, but acting superintendent Jenness Moffatt issued a statement describing the door’s removal as “a temporary measure” to deal with the vaping problem.

Students and parents — at least those we could reach — were outraged. Some accused the school of violating their right to privacy, while others said they felt “scared” to use the bathrooms if the doors were not reinstalled. Social media was jammed with nameless, faceless condemnation of the school and division.

In fact, it’s such a mess that it may even obliterate the reasons behind the removal of the door. And for the record, there are some good reasons for doing that.

People who manage and design public spaces have, for a very long time, advocated for more open public washrooms to discourage drug use, bullying and violence. You can see these design thoughts in action at most shopping malls and larger, and more modern, publicly accessible buildings.

Think of the washrooms at Richardson International Airport, Canada Life Centre or the ones located near the food court of Polo Park shopping centre. No doors; access and sight lines are controlled either through a long hallway with a hard turn, or with the use of “labyrinth” designs, where you enter a doorless opening but then have to wind your way around a wall to get to the actual washroom.

These designs are not intended for esthetic purposes. They reflect best practices in the design of safe and accessible public washrooms.

The “safer bathroom toolkit, an initiative in British Columbia started by the Canadian Institute for Substance Use Research at the University of Victoria, has a variety of advice for architects and building sponsors to ensure public facilities discourage certain kinds of behaviours while allowing easier access to help people abusing drugs.

The safer bathroom toolkit recommends, among many things, that stall doors open outwards so that an unconscious person does not block efforts to rescue them. It also suggests, where possible, multi-stall facilities have no door.

The theory behind this strategy as simple as it is practical: design washrooms to provide a small measure of privacy, but not too much privacy that people outside could not hear someone being attacked or detect substance abuse.

So, the doorless washroom is an no-brainer within the context of a new building. What about applying the design strategy to older buildings, such as public schools? As St. James Collegiate has so aptly demonstrated, that is a much tougher gig.

Why the school took these actions is not a mystery.

Staff were clearly flummoxed in their efforts to control vaping, a practice prohibited on school grounds and increasingly seen as a major public-health threat. It’s also not hard to imagine oral and written warnings were completely ineffective. And that the decision to remove the washroom door was part public-health initiative and part punishment for the incorrigible vapers.

Still, the school and the division did an extremely poor job in failing to warn students and parents about the decision, and why it was applied only to female-specific facilities.

They should also taken other steps to provide some measure of privacy from hallway traffic. Perhaps a partition could have been used to obscure the line of sight into the loo. Perhaps staff should have been posted outside to discourage unauthorized students (read: boys) from gawking at anyone using the washroom.

However, it’s hard to imagine the school and division officials did not know they were wandering into a minefield.

Input any combination of “school bathroom” and “remove doors” into the Google machine and you get a throng of stories about similar efforts, and similar outrage, in other districts around the country.

As for the outraged parents of the outraged students, a note of caution: unless you’re willing to be involved in discouraging your kids from vaping, your condemnation is profoundly misguided. If you apply even a modicum of self-awareness, you’ll realize that schools are being forced to take actions such as this because no one else is doing anything about teen vaping.

St. James Collegiate and the school division certainly deserve to be criticized for how they introduced a rash change in washroom policy.

But before casting a stone in their direction, remember they do not deserve to be criticized for the reasons why they did it. 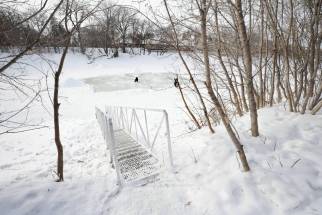 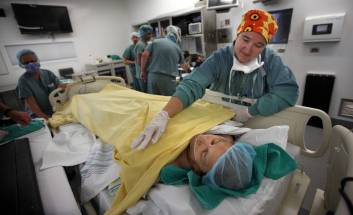 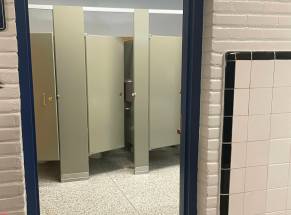 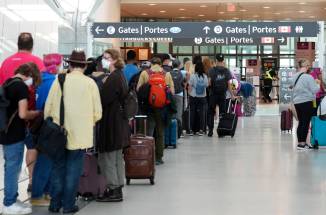 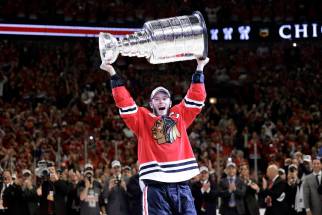 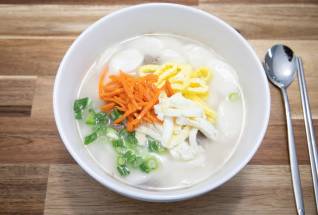 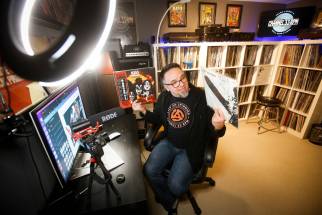 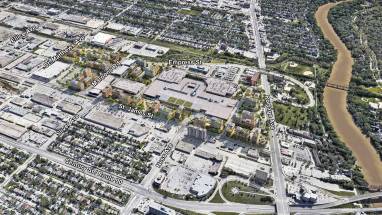