In the midst of an unprecedented crisis claiming thousands of lives every year, politics continues to stand in the way of evidence-based health policy.

In the midst of an unprecedented crisis claiming thousands of lives every year, politics continues to stand in the way of evidence-based health policy.

Last week, political leaders in Manitoba expressed their opposition to a health service that could save people from dying of an accidental overdose. A recommendation to establish a supervised injection facility — where individuals can inject drugs under the supervision of a trained health care provider — was excised from a landmark government report on addressing the province’s mental health and addictions needs (the recommendation appeared in a preliminary version of the report that was mistakenly released by Manitoba Health; the report’s lead author said he removed it from the final report because he “didn’t have the data” to support it).

The provincial health minister claimed that the evidence doesn’t exist to support a facility in Winnipeg, while the premier downplayed the risk of overdose compared to other jurisdictions in the country.

Both are wrong. The scientific evidence on supervised injection sites and overdose is clear: these facilities save lives.

As scientists who worked on the evaluation of Insite — North America’s first legal supervised injection facility, located in Vancouver’s Downtown Eastside neighbourhood — we assessed its possible impact on overdose in a number of different ways.

During the first four years of its operation, there were 1,004 overdoses recorded — none resulted in death. In a statistical model, we estimated that between eight and 51 of these overdoses would have been fatal had they occurred outside of the facility. In fact, no overdose death has ever been reported at any of the approximately 100 supervised injection facilities worldwide.

We also reviewed the case files of the local coroner on all accidental drug overdose deaths in the city of Vancouver between 2001 and 2005, a period both before and after Insite opened. Rates of overdose in the area around Insite declined by 35 per cent — but only decreased by nine per cent in the rest of the city.

Published in 2011 in The Lancet, one of the world’s leading medical journals, these findings were hailed in an accompanying editorial that argued supervised injection facilities “should be expanded to other affected sites in Canada, on the basis of the life-saving effects identified in Vancouver.” Later that year, no less an authority than all nine justices of the Supreme Court of Canada concurred, ruling that “Insite has been proven to save lives.”

Despite this, opponents of such facilities in Manitoba claim none is needed here as the incidence of overdose deaths, and the density of people at risk of overdose, are lower than Vancouver’s Downtown Eastside. This opposition ignores important warning signs.

A record number of Canadians died of opioid overdoses in 2017, according to data released by Health Canada in March. Fatal overdoses increased by more than 45 per cent from 2016’s then-record 2,861 deaths. Federal officials expect the final 2017 death toll due to overdose will surpass 4,000.

And although rates of overdose deaths in Manitoba (between five and 10 for every 100,000 people) have thankfully not reached levels seen in B.C. (more than 15 per 100,000), deaths from fentanyl, a potent opioid contaminating the illicit drug supply across much of Canada and the U.S., have risen sharply in Manitoba over the past two years.

Furthermore, people on the front lines of the crisis, such as those who work at the Main Street Project in Winnipeg, argue their clientele, who are at high risk of overdose, would benefit from a supervised injection facility. The Winnipeg ambulance service reports they are increasingly burdened by responding to fentanyl overdose.

Although a substantial proportion of Manitoba overdose deaths occur in private residences, it is plausible many of these people might have used a supervised injection facility, had one existed. Research consistently indicates a high proportion of people — even those who use in private homes — would use this health service if it were available.

To be sure, supervised injection facilities alone will not solve the opioid overdose crisis. We know that a comprehensive response to the opioid crisis must also include improvements in medical care for people living with addiction and investments in housing and social services. But they are a critical component to the response.

Like any effective medical intervention, supervised injection services are most effective when tailored to the communities they serve. A recent report from the B.C. Centre on Substance Use documents the many different ways to supervised consumption services have been implemented. In Vancouver, these services are offered in settings as diverse as temporary shelters, in outpatient clinics, and in a drop-in centre run by a local drug users’ organization.

Some welcome women only; some are geared towards serving Indigenous people. In other cities in Canada and Europe, mobile vans are used to reach people scattered throughout outlying communities.

There are now 30 supervised injection sites in communities across Canada that see the critical role these facilities play in responding to overdoses. Manitoba should recognize that it is no exception, and act now to save lives. 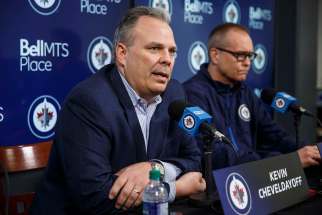 No relief in sight 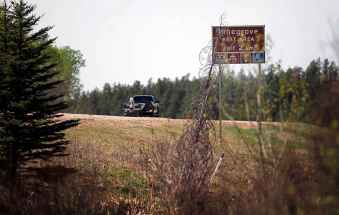 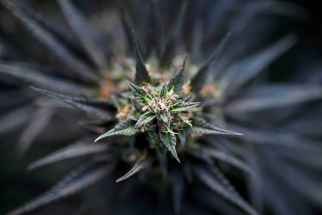 Remains of Canadian First World War soldiers identified, to be buried in France 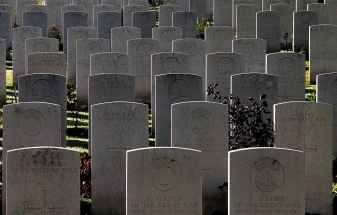 Bonding in the kitchen 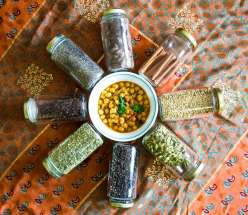 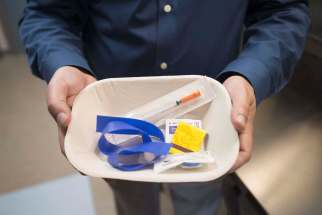 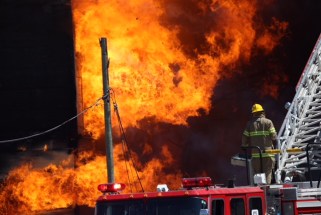 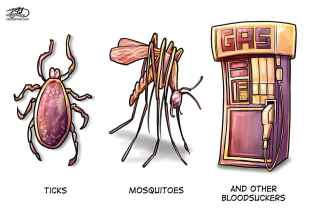 Bonding in the kitchen Brandon, burning