All bets are on Jets and other major sports teams win big with court ruling on gambling By: Paul Wiecek Posted: 7:00 PM CDT Wednesday, May. 16, 2018

Cleaned up at the blackjack tables?

Hardly. No, the Winnipeg Jets co-owner was poised to cash in on Monday, long before he flew to Vegas with his team for Games 3 and 4 of the Western Conference final against the Golden Knights.

Chipman, like every other owner of a major professional sports franchise in North America, was the big winner of a decision by the U.S. Supreme Court on Monday that effectively makes it legal to bet on sports in all 50 U.S. states.

The ruling, according to Dallas Mavericks owner Mark Cuban, means a lot of very wealthy men who own sports teams in North America — including Chipman and his partner, Toronto billionaire David Thomson —could get a whole lot wealthier.

Now, if that sounds hyperbolic, that’s because it probably is — this is the NBA’s Mark Cuban we’re talking about.

But if Cuban is even half right about what Monday’s court ruling means to North American sports teams and their owners, it will make all the money Chipman and the Jets are making on their current Stanley Cup run look like chump change.

All the Whiteout merchandise in the world — not to mention sold-out playoff games at premium prices — is a drop in the bucket if the court ruling means the US$150 billion the New York Times estimated this week is annually bet illegally in the U.S. on sports is suddenly now legitimized and everyone from casinos to governments to the sports teams themselves are given a piece of the action.

So how does this affect Canada and our pro teams? Well, while the U.S. court decision doesn’t technically apply to Canada, it most surely does if American-based hockey teams begin raking in gambling dollars, rendering the seven Canadian NHL teams at an even worse competitive disadvantage than they already are by a devalued Canadian dollar.

There’s already been a movement afoot in Canada to legalize single-game sports betting — a private members bill in 2011 received all-party support and made it all the way to the Senate before dying a couple years later with a change of government. And you can bet Parliament will be looking at the issue again now that the Americans have swung the door wide open down south.

So what will all this look like? That remains to be seen, but I’m willing to bet it won’t look anything like the way sports betting has operated until now in one of the few places in North America where it has been legal — right here in Sin City.

The brick-and-mortar sports books here in Vegas that once set betting lines for the world are increasingly going the way of blacksmiths.

Maybe the most opulent sports book on the Vegas strip is at the Wynn Hotel. The place is all leather reclining chairs and overstuffed sofas, floor to ceiling screens and scantily clad cocktail waitresses.

If your average guy was building a man cave on an unlimited budget, it would look a lot like the Wynn sports book.

And yet when I visited on Wednesday, the number of customers doubled the moment I walked in the door — and the only other guy was waiting for post time on a $5,000-claiming race from Finger Lakes, N.Y.

High rollers, suffice to say, do not bet claiming races from regional racetracks.

So where are the high rollers these days? They’re increasingly the same place the rest of us are, on their phones.

While the Wynn was offering just a handful of lines on the Jets-Knights series — Vegas was a slight favourite to win Game 3 Wednesday night and the series — the real action in sports betting these days is online.

And that future looks a lot like the present in England, where sports betting has been legal for decades and the advent of smartphone apps means it is now possible to bet not only before games but during them — next goal, next penalty, final score, you name it.

And I mean ‘you name it’ literally. If you don’t see a line for the bet you want to make, you can make up your own — Mark Scheifele, say, to score an open-net goal — and a British bookmaker will make you odds in real time. “Tweet us. We can price up your bet in 15 minutes,” Ciaran O’Brien, a spokesman for William Hill, told the Times this week.

Against that backdrop, a brick-and-mortar sportsbook at a casino like the Wynn, with all the attendant costs of staffing and running it, seems almost quaint at this point, like finding a shoemaker.

In an age when phones are connected to the world instead of cords, sports betting has become a massive source of revenue for soccer teams in England, many of whom have lucrative sponsorship deals with betting sites, as well as betting kiosks installed inside stadiums and game broadcasts filled with ads for bookmakers.

It’s big money and English teams and their owners have gone all in.

So what will happen here in North America, where teams and leagues have traditionally been much more wary of gambling and where a puritanical strain still runs deep and has political clout disproportionate to their numbers?

Well, while the NHL has thus far said not much more than they are reviewing the Supreme Court ruling and its implications, the huge success of the Golden Knights as the first major pro franchise in this city has proven to the NHL and other leagues that you can cozy up to gambling without the sky falling or your league getting corrupted.

The NBA has long made it clear they want in on any legalized sports gambling and have even lobbied lawmakers in the U.S. to introduce legislation that would mandate that at least one per cent of every legal wager on an NBA game be returned to the league.

You have to figure the NFL — where cash has always been king and who will also have a franchise here in Vegas in a year — won’t be far behind with an outstretched palm.

And once everyone else is in, Major League Baseball — where the 1919 Black Sox fixing scandal still casts a shadow — will surely come calling too with a ball cap in hand.

This will all unfold slowly over the next couple years, but this week’s court ruling means the question is no longer if there will be legalized, continent-wide betting on pro sports, but when.

Given the unknowns still to be sorted out, Cuban was probably overly optimistic about what Monday’s ruling meant to team valuations in the short term.

But in the long term, you have to wonder if he’s right and a Jets team that had a US$375-million valuation in Forbes magazine last year — before the current playoff madness — becomes worth something closer to US$750 million in the years to come as all that gambling money begins to flow into the game.

All of which would make the original US$170 million Chipman and Thomson paid to move the Atlanta Thrashers to Winnipeg in 2011 maybe the best bet of all.

Sure, a Stanley Cup to cap off this remarkable playoff run would be nice for Jets fans. But no matter what happens down here this week and through the rest of the playoffs, what’s clear is Winnipeg’s NHL franchise has already won big 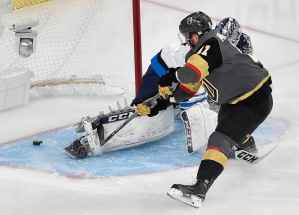 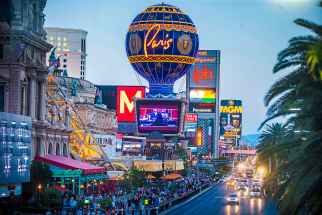 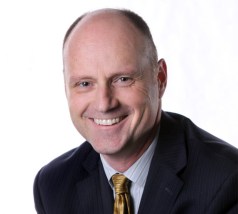 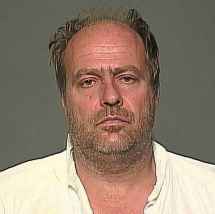 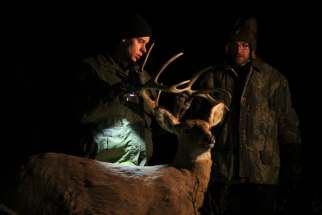 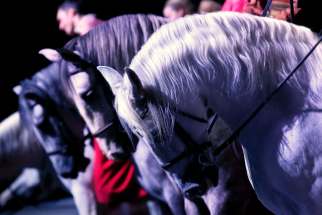 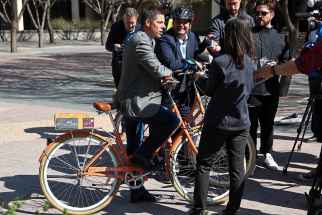 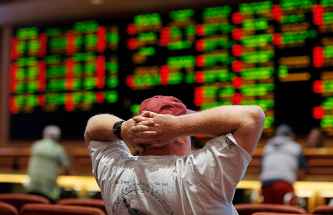 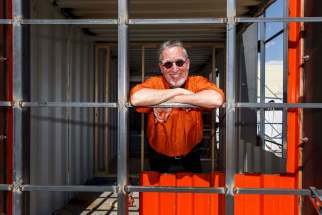 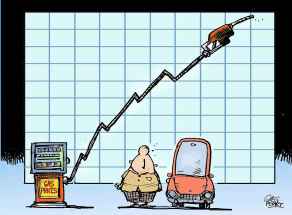 City bike-share program starts small, aims to expand A place to go, when you need to go