There are so many questions surrounding the Winnipeg Jets in this franchise-defining off-season that it’s difficult to know where to start.

There are so many questions surrounding the Winnipeg Jets in this franchise-defining off-season that it’s difficult to know where to start.

What is goaltender Connor Hellebuyck worth after a record-setting season — and are the Jets willing to pay it over the long term based on what is a small, but admittedly spectacular, sample size of work?

Can Jets GM Kevin Cheveldayoff work the same magic he did a couple years ago with Mark Scheifele and get defenceman Josh Morrissey, who is coming off his entry-level deal, locked down to a long-term deal at a team-friendly price?

For all those unknowns, the two biggest questions are these: what is pending restricted free agent Jacob Trouba worth? And can the Jets afford to re-sign him?

The answer to the first question is relatively straightforward: quite a bit, but not nearly as much as Trouba and his agent, Kurt (Overreach) Overhardt, undoubtedly think he is.

Overhardt, you will recall, is the same genius who counselled Trouba in September 2016 to refuse to report to training camp, demand a trade and then hold out through the first month of the regular season.

That debacle blew up in both men’s faces and Trouba ultimately had to slink back to the Jets and sign a below-market two-year bridge deal.

You’d like to think both Trouba and Overhardt have learned their lessons from that experience and Trouba has certainly been saying the right things publicly, telling a season-ending news conference last month he’s open to signing with the Jets long term and would like to get a deal done quickly.

Of course, Trouba told me at the World Cup of Hockey on Sept. 15, 2016 there was “no doubt” he would be reporting to Jets camp later that month, and we know what happened after that.

Which is to say if the most reliable indicator of future performance is past performance, Jets fans should take all the rosy and optimistic things Trouba and Overhardt have been saying publicly over the past few weeks with a good-sized grain of salt.

These guys are going to want to get paid after getting their posteriors handed to them the last time around and are going to demand something closer to Drew Doughty money — US$7 million a season — than the more realistic comparable, Colton Parayko, who signed with the Blues last year for US$5.5 million a season over five years at 24, the same age Trouba is now.

Which brings us around to the second question: can the Jets afford to pay anywhere near that kind of money over the long term to a defenceman who, while talented defensively, has yet to demonstrate much upside offensively — he scored three goals this past season and finished with 24 points — and who has had injury troubles, playing more than 65 games in a season just once in his five-year career.

Now, in a perfect world, a Jets team that just completed an electrifying run to the Western Conference final would pay whatever it took to get the band back together for another run next season.

But this isn’t a perfect world, it’s a salary-cap world and the Jets, by any measure, are about to have big problems.

Those problems begin with all the huge raises the team is going to have to hand out this summer if they’re hoping to keep this lineup together. There’s trouble looming on the horizon.

Captain Blake Wheeler becomes an unrestricted free agent July 1, 2019; Kyle Connor just finished scoring 31 goals as a rookie and will be looking for a monster raise after his entry-level deal expires; and, oh yeah, the biggest elephant in the room, Patrik Laine, who seems destined to become the highest-paid Jet of all when his entry-level contract expires next year.

There is simply no way of accommodating all those pieces under the existing cap — and that’s assuming a notoriously tight-fisted True North ownership group is even willing to spend to the max, which hasn’t happened in the seven seasons this club has called Winnipeg home.

If something has to give on this team — and it does — you have to wonder if that something is Trouba, and the Jets give the man the trade he demanded two years ago.

Trouba would fetch a monstrous price on the trade market heading into the NHL draft, which begins a week from Friday in Dallas.

There would be draft picks and there would be players on offer, maybe even including another top-pairing right-shot defenceman with a team-friendly contract and a Winnipeg-friendly attitude.

Trouba would both fetch some very valuable assets on the trade market and also buy some badly needed cap space at a critical moment in the evolution of this franchise.

But it would come at cost, for sure.

Trouba and Morrissey were the Jets’ shutdown pairing all season and a big part of the team’s success in the playoffs. While the Jets do have other defenceman in the pipeline — Poolman also shoots right and looks ready to become a roster regular and Sami Niku was voted the top defenceman in the AHL this season — the team is already down a defenceman heading into next season with what is looking like the inevitable departure of Enstrom.

Trouba is eligible to file for arbitration if he decides to go that route and the Jets, presumably, could wait him out, knowing any short-term contract an arbitrator would award would almost certainly be more realistic than whatever delusional figure Overhardt has dreamed up for his client. The downside to that plan is it would also get Trouba closer to the day he becomes an unrestricted free agent and hits the open market.

“Trouba’s going to be looking for quite a big number,” TSN hockey insider Bob McKenzie said this week.

After a wild playoff run this season, a lot of Jets are going to be looking for quite a big number. That’s the whole problem.

Something has to give. It just might have to be Trouba. 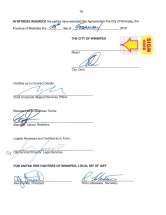 Beyond the photo-op, not much to report 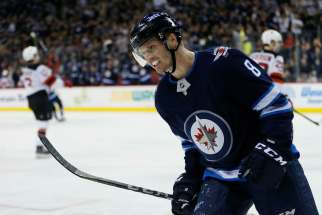 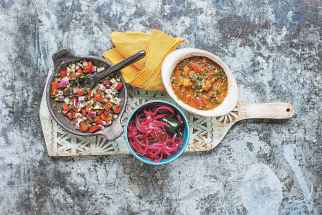 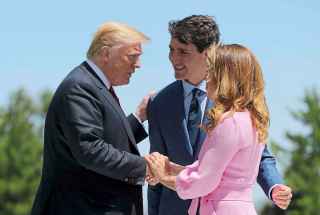 Welcome to the Wishart School of Hard Knocks 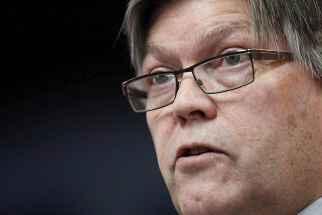 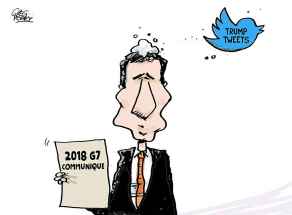 Beyond the photo-op, not much to report Fatherly fiesta