The door has opened for the Manitoba Green Party in this election. But can it finally find the ways, means and luck to take advantage?

The door has opened for the Manitoba Green Party in this election. But can it finally find the ways, means and luck to take advantage?

In the 2019 election, it’s not so much that the Greens have reached unparalleled levels of support in pre-election polls, it’s more the case that the Greens have made so much headway in other provinces, why not here? Certainly, the conditions are ripe for a Green breakthrough.

Pre-election polling published in the Free Press showed the Greens solidly in the mid double-digits of support, statistically tied both province-wide and in Winnipeg with the Manitoba Liberal party. That would suggest, based on previous elections, that the Greens have a very good chance of electing at least one MLA.

In the 2016 election, the Greens captured five per cent of the popular vote and did not elect a MLA. However, they did finish second in four seats, although they were distant seconds in all but Wolseley, where Green candidate David Nickarz finished second to NDP MLA Rob Altemeyer by just over 300 votes. The Greens came within a whisker of their first win in Manitoba even though they failed to get get more than 10 per cent support in pre-election polls.

How can the Greens take advantage of greater pre-writ support and profile this time around? Many believe electoral breakthroughs in other provinces may prove to be the difference.

The Manitoba Green party is pushing a sliding scale for child-care fees, vowing to add 2,000 spaces per year over the next decade.

Beddome pegged the cost of the 2,000 child-care spaces per year/10-year expansion at $31 million annually, based on an average construction cost of $15,000, with an estimated annual cost of $1.1 million for maintenance.

"The long and short is that it's time we invest in child care," Beddome said in Winnipeg, flanked by Green candidates and supporters. "The reality is that under multiple PC and NDP governments... the formulas of child care haven't been substantially updated since Howard Pawley was (NDP) premier in 1986."

According to federal Green Party of Canada leader Elizabeth May, who was in Winnipeg recently to campaign with provincial leader James Beddome, those triumphs have reframed the Green option for voters.

In April, eight Green members were elected to the Prince Edward Island legislature and now form the official opposition. The three Green MLAs in the British Columbia legislature hold the balance of power in a NDP minority government. Last summer, Ontario got its first Green MPP, and New Brunswick elected three Green MLAs. Add in two Green MPs in Ottawa and you have a presence that indeed suggests that a vote for a Green candidate is much more than a protest vote.

“We’re no longer viewed as a wasted vote,” May said in a featured interview on Not for Attribution, a new Free Press politics podcast. “Not to be too harsh about it, but when there are no Greens elected anywhere, people will say ‘well, I believe in all their policies and all that but this is reality and I want to make sure my voice is heard before we decide who is going to be the next prime minister or the next premier.’ It’s not like that anymore.”

The success of the Greens in Prince Edward Island is not necessarily applicable to a province like Manitoba, although there are parts of that story that could be extremely helpful to Green parties in other provinces.

Pre-election polls suggested the Greens had enough support to form a majority in the 27-seat PEI legislature. Even though winning eight seats and forming the official opposition is a tremendous accomplishment, it also suggests that the PEI Greens lacked the financial resources, volunteers and modern tools of voter identification to get out their vote. The lesson for the Manitoba Greens is clear: you simply cannot rely on a spontaneous, organic eruption of support on election day. Elections are won by identifying, tracking and motivating voters who are most likely to support your cause.

There are exceptions, of course. Political history offers a few powerful examples of parties or candidates that triumphed despite a lack of resources or a professional campaign. However, those instances are the exception and not the rule in electoral politics.

In Manitoba, as in most other provinces, it appears the Greens will be focusing their hopes on one or two ridings, the most likely of which is Wolseley. With Altemeyer’s retirement and new boundaries, it is essentially an open seat. And the Greens have the added advantage that Nickarz, who nearly pulled off an upset in 2016, is running again.

Things are less promising for leader Beddome who has decided to go head-to-head with NDP Leader Wab Kinew in Fort Rouge. In 2016, he ran a respectable third in Fort Garry-Riverview, which no longer exists. Although Kinew has been subjected to intense attack ads from the Tories, there is little to suggest that he is vulnerable in his own seat.

It doesn’t help that Beddome has also indicated he will be a candidate for the Greens in the federal election that will follow a month after the provincial vote takes place. On one hand, it makes sense for the highest profile Green politician to put his hat in the ring in both elections. On the other, it makes Beddome look like a seat warmer and not necessarily a real option in either election.

The door to a first-ever win in Manitoba is open, and by more than a crack. It’s up the Greens to prove that they have the will to pass through it and in the process, make history. 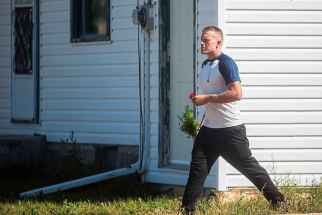 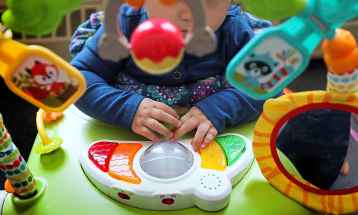 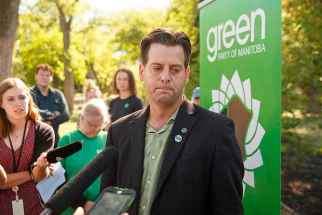 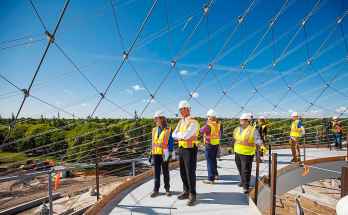 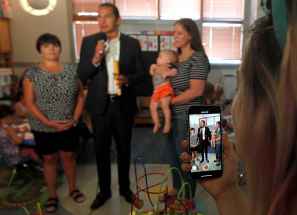 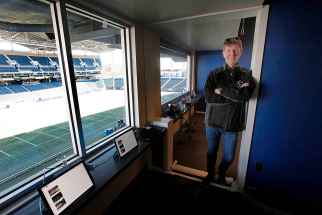 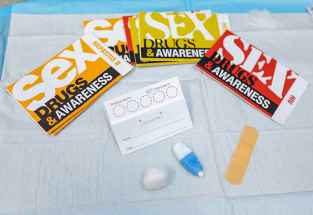 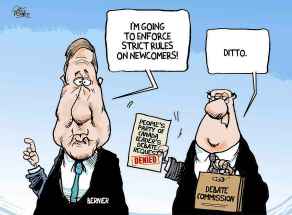