Kevin Cheveldayoff didn't look, or sound, like a guy with the weight of the world on his shoulders as he held his annual end-of-season chin wag with local media on Thursday. The Winnipeg Jets general manager was calm, cool and collected during a nearly 45-minute session that covered plenty of ground.

Kevin Cheveldayoff didn’t look, or sound, like a guy with the weight of the world on his shoulders as he held his annual end-of-season chin wag with local media on Thursday. The Winnipeg Jets general manager was calm, cool and collected during a nearly 45-minute session that covered plenty of ground.

But make no mistake: while we may not have seen him sweat — or anything close to the public hand-wringing we’ve seen from angry executives in other NHL markets this week such as Toronto, Minnesota and Pittsburgh — Cheveldayoff’s seat should be plenty hot these days given the current state of his hockey club.

In case you haven’t noticed, the Jets are heading in the wrong direction. A trip to the Western Conference final in 2018, a first-round playoff exit in 2019 and now a qualifying series loss in 2020 should have alarm bells ringing around these parts.

It would be one thing if this was an organization going through a re-build. But they’re not. They have one of the best goaltenders in the NHL and an expensive and talented forward core that, for the most part, is locked up long-term. They are spending to near the salary cap and supposed to be in “win-now” mode. And yet, they’re once again left to watch meaningful hockey while the big boys play on for the next couple months.

The players chasing a championship aren’t happy. Fans paying big money to support the team aren’t happy. And I don’t imagine team owners Mark Chipman and David Thomson are jumping for joy, either, barely two years removed from what was seen in many quarters as the Jets finally becoming a hockey heavyweight.

Which brings us back to the architect: just how much more rope does Cheveldayoff have to work with before ownership, as loyal as they typically are, decides to go in a different direction?

Cheveldayoff is about to enter his 10th year with the Jets. Only David Poile (Nashville), Doug Wilson (San Jose), Bob Murray (Anaheim), Stan Bowman (Chicago) and Doug Armstrong (St. Louis) have been at the helm longer.

Which is why this should be the most important off-season of Cheveldayoff’s tenure. Both he and head coach Paul Maurice — who was signed to a contract extension earlier this year — made repeated references to “holes” in the lineup, ones which became glaringly obvious after Mark Scheifele, Patrik Laine and Mason Appleton were injured in Game 1 of the best-of-five play-in series against the Calgary Flames.

Although the effort was certainly there, the Jets were no match for the bigger, stronger, deeper Flames, who easily disposed of them in four games. Now Cheveldayoff and company have approximately three-and-a-half months until the 2020-21 season is projected to begin to find a way to retool and reload.

Just how much more rope does Cheveldayoff have to work with before ownership, as loyal as they typically are, decides to go in a different direction?

No, all of the issues are not entirely the fault of Cheveldayoff, who has done a terrific job on the drafting and developing side of things. But the buck ultimately stops with him in a results-oriented business where the most important question is often “What have you done for me lately?”

I asked Cheveldayoff whether he’s feeling additional pressure, and his answer came in the form of a history lesson going back to last summer. You’ll recall many viewed that as the most challenging he would face, with no shortage of unrestricted and restricted free agents to deal with and very little financial wiggle room to work with.

The end result was a massive bloodletting. Jacob Trouba was traded, Tyler Myers, Ben Chiarot and Brandon Tanev were allowed to walk in free agency, and then Dustin Byfuglien dropped a bombshell by opting not to play just as training camp was set to begin. Throw in Bryan Little’s freak early-season injury and the Jets were bringing a pool noodle to a knife fight.

“Obviously we got dusted back from the plate by a couple of curve balls that we didn’t anticipate but I thought we came off the mat and found a way to be competitive and to be in a situation probably sitting here where no one anticipated.” – Kevin Cheveldayoff

“Obviously we got dusted back from the plate by a couple of curve balls that we didn’t anticipate but I thought we came off the mat and found a way to be competitive and to be in a situation probably sitting here where no one anticipated,” Cheveldayoff said in response to my question.

That’s why Cheveldayoff may have to do something that doesn’t come naturally for him — he’s going to have to come out swinging. Whether it’s in the trade market or through unrestricted free agency, the normally slow-and-steady GM must leave no stone unturned. The status quo is not acceptable.

“We lost 1,000 pounds of defencemen last year, and we’re going to want to probably try to get back to that a little bit.” – Paul Maurice

His first order of business is deciding what to do with his own unrestricted free agents. The biggest ones include defencemen Dylan DeMelo, Dmitry Kulikov and Nathan Beaulieu, forward Cody Eakin and backup goalie Laurent Brossoit. New contracts are also needed for pending RFAs Jack Roslovic, Mason Appleton, Jansen Harkins and Sami Niku. Unlike last year when Patrik Laine and Kyle Connor headed up a huge list, none of this year’s class will break the bank.

That allows for some cost certainty, especially once the Jets figure out whether Little is going to resume his playing career, or go on long-term injury relief, which would clear his US$5.29-million cap hit off the books. How about buying out the oft-injured Mathieu Perreault, presuming you can’t trade him and the last year of his US$4.125 million contract, for further financial freedom?

The blue-line is the biggest priority, especially with Josh Morrissey, Neal Pionk and Tucker Poolman as the only regulars signed for next season. Sure, there’s promising young pieces in Ville Heinola and Dylan Samberg in the pipeline, but this group desperately needs an infusion of size and skill.

“We lost 1,000 pounds of defencemen last year, and we’re going to want to probably try to get back to that a little bit,” Maurice admitted Thursday.

Winnipeg gave up far too many high-end chances this year, more than any team in fact, and were repeatedly bailed out by goaltender Connor Hellebuyck’s heroics. When he was just average, as he was during the play-in series against Calgary, the end result wasn’t pretty. Hoping for a miracle on ice most nights isn’t sustainable.

Cheveldayoff told me earlier this year he made a promise to captain Blake Wheeler, when he signed a contract extension taking him through the 2023-24 season, to try to build a contender each season. This after the first six years in Winnipeg produced just one playoff appearance.

Wheeler’s not getting any younger, and the Jets now have just three playoff appearances (and two series victories) in nine seasons. Unless major improvements are made, a window that seemed wide open just a couple years ago is at risk of slamming shut.

If that happens, it will be time for Cheveldayoff to be shown the door. 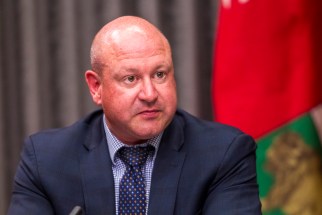 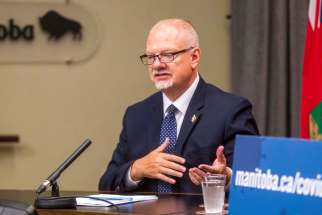 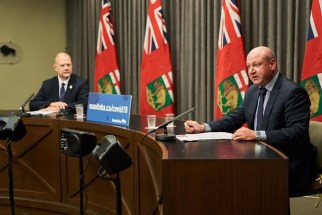 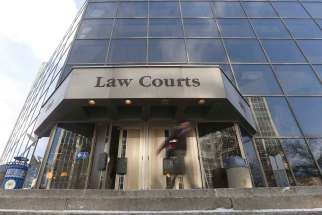 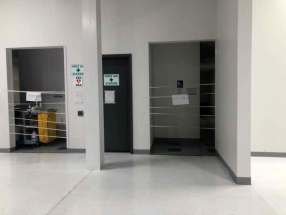 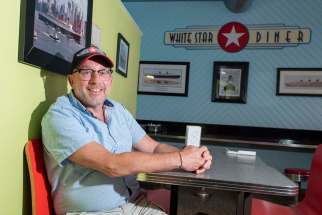 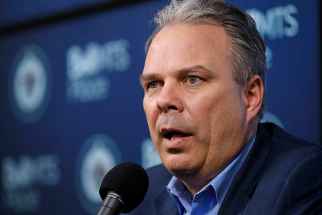 Time to hit the road 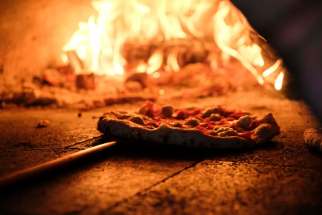 A shrewd choice, but Harris has much to prove 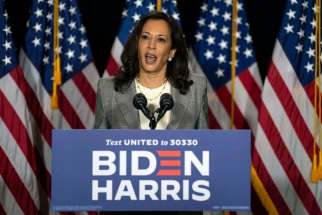