Time for Chevy to make a move Jets need to pay the price for high-end defensive talent in order to be more than also-rans By: Mike McIntyre Posted: 7:00 PM CDT Wednesday, Jun. 9, 2021

It was the biggest goal of the season for the Vegas Golden Knights, one that puts them a win away from punching their ticket to the final four. And it was noteworthy who was involved in Tuesday's colossal overtime tally against the Colorado Avalanche.

It was the biggest goal of the season for the Vegas Golden Knights, one that puts them a win away from punching their ticket to the final four. And it was noteworthy who was involved in Tuesday’s colossal overtime tally against the Colorado Avalanche.

Consider this: Back in the spring of 2018, when the expansion squad from Sin City beat the Winnipeg Jets in the Western Conference final to make it to the Stanley Cup, all three of those players were starring for other teams. Stone with Ottawa. Pacioretty with Montreal. Pietrangelo with St. Louis.

Not content with simply being a runner-up in their first year of existence after losing to Washington, the Vegas brain trust rolled up their sleeves and went to work re-tooling their already loaded roster, bringing in plenty of big names such as the above-mentioned trio through trades and free agency while shipping out others to make room.

The Jets, meanwhile, are still trying to fill the holes on their blue-line caused by the likes of Dustin Byfuglien, Toby Enstrom, Jacob Trouba, Tyler Myers and Ben Chiarot all bidding goodbye to River City since that magical spring playoff run. With just one playoff series victory since, they seem further away today of capturing the ultimate prize than they did three years ago.

The Jets, meanwhile, are still trying to fill the holes on their blue-line caused by the likes of Dustin Byfuglien, Toby Enstrom, Jacob Trouba, Tyler Myers and Ben Chiarot all bidding goodbye.

Vegas and Winnipeg need I remind you, are working under the exact same NHL salary cap, although there’s no question one city packs a lot more sizzle when it comes to luring players who can write their own ticket. Despite a level financial playing field, the way they go about doing business couldn’t be any different.

All of this was running through my mind on Wednesday morning as I took part in more than two hours of Zoom calls involving 15 current Jets players, talking about the abrupt end to their season in the form of a second-round sweep to Montreal.

Connor Hellebuyck, as confident as ever and never one to set the bar low, declared he thinks this franchise is on the verge of becoming a “dynasty.” Player after player spoke of the strong core in place, the lessons learned from another up-and-down season and the prospect of a clean slate and another shot next year.

And I couldn’t help but wonder how different this all would sound if it were happening in a market like Las Vegas.

Forget loyalty and patience and trusting the process and drafting and developing — the only measurement of success is winning. And getting ushered out this quickly would likely trigger massive changes, just as they did last year when the Golden Knights replaced the accomplished Gerard Gallant with Peter DeBoer in a stunning example of “what have you done for me lately?”

Based on their history, I’m not expecting any seismic off-season activity here in Winnipeg. Considering the praise heaped upon him from numerous players Wednesday, coach Paul Maurice is likely coming back for a ninth year behind the bench. I don’t believe general manager Kevin Cheveldayoff’s job is in any danger, either. Both men are expected to speak with media later this week.

As for the roster, you can expect the club to protect captain Blake Wheeler, centres Mark Scheifele, Pierre-Luc Dubois and Adam Lowry and wingers Kyle Connor, Nikolaj Ehlers and Andrew Copp in the upcoming expansion draft. Same goes for defencemen Josh Morrissey, Neal Pionk and Dylan DeMelo. Along with Hellebuyck, those 11 form the current core of the Jets.

The question must be asked: At what point should Cheveldayoff consider moving one of them out to try to balance a lineup that clearly isn’t good enough? Is simply adding a bit of a window dressing to the existing foundation — some third and fourth-liners here, some second and third-pairing defencemen there — going to ultimately get the job done? Is there enough NHL-ready talent in the pipeline to help put you over the top?

Other than Hellebuyck and perhaps Ehlers, I’m not sure there should be an untouchable, provided the price was right and the return was worthwhile. Considering defence remains a weak link, you can probably scratch the trio of rear-guards off the list.

The name I keep coming back to is Connor. There’s no question he’s an elite scorer, one who has fit in well playing beside Scheifele. But as we just saw in the series against the Canadiens, take away his top centre and it can be more of a struggle.

With young skaters such as Mason Appleton (provided he doesn’t get selected in the expansion draft by Seattle), Jansen Harkins, Kristian Vesalainen, David Gustafsson and Cole Perfetti, does that give you the freedom to use Connor as trade bait that lands you a much-needed big fish for the blue-line?

I’ll remind you his name previously came up in rumours, which we first reported on here in the Free Press, prior to the 2019-20 trade deadline. Colorado was interested, with a package revolving around prospect defenceman Bowen Byram (fourth-overall pick in 2019) said to be involved. Those talks quickly went nowhere.

The hope around here is that Ville Heinola and Dylan Samberg will eventually form part of a blue-line that can compete for the Cup, but given how little Maurice looked to them this year (Heinola played just five NHL games, Samberg none), I wouldn’t hold my breath on that happening as early as next season.

And with the core not getting any younger — Wheeler will turn 35 in August — can this team really afford to wait much longer? That’s a question Cheveldayoff and his staff must take a long, hard look at this summer.

He took a big swing in mid-January when the disgruntled Patrik Laine and Jack Roslovic were shipped to Columbus for Dubois. The jury is still out on that blockbuster, with both teams hoping for a bigger payoff than they got this season. Cheveldayoff spoke of stepping up to the plate at the trade deadline in April, only to strike out when it came to adding some significant help.

Perhaps some of those previous discussions can be re-visited in what should be a busy off-season, made all the more intriguing by the upcoming expansion draft.

Most fans are long past the point of just being happy to have the NHL back in town. And when it comes time to start selling tickets in a post-pandemic world to gather in large numbers at Bell MTS Place, selling hope and patience and trusting the process is only going to get you so far. At some point, that message will grow stale, if it hasn’t already.

Nobody around here is demanding the dynasty Hellebuyck apparently envisions. But in a results-oriented business, nobody should be satisfied with one-and-done in the playoffs, either.

Manitobans will be allowed visits as of Saturday 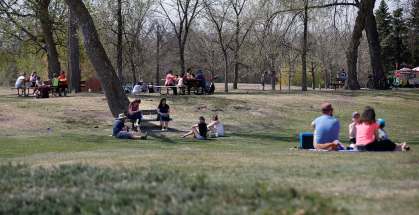 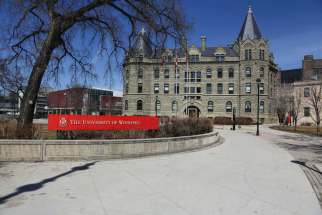 Manitoba milestone: 70 per cent of adults get first dose 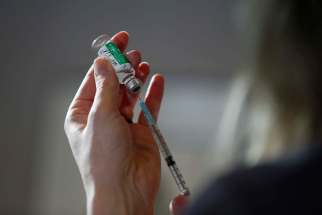 Promising week for Pallister, but is it a pandemic anomaly? 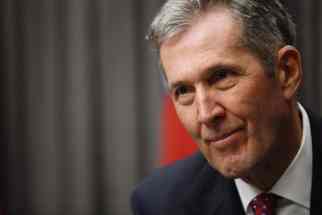 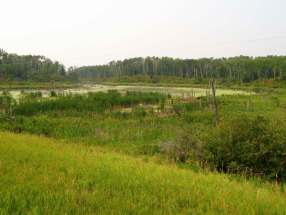 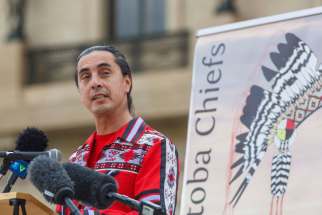 Time for Chevy to make a move 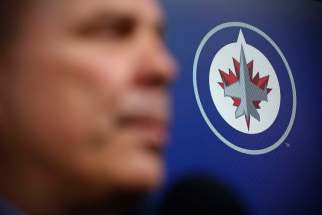 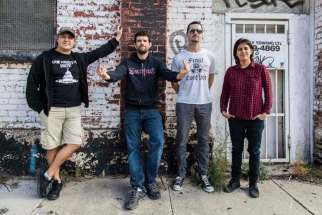 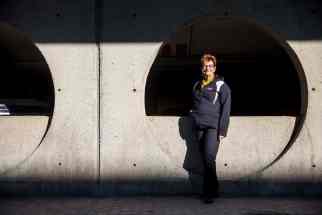