Abbott and Costello. Thelma and Louise. Bert and Ernie. Bonnie and Clyde. Tom and Jerry. Penn and Teller. Scooby-Doo and Shaggy. Hall and Oates.

Abbott and Costello. Thelma and Louise. Bert and Ernie. Bonnie and Clyde. Tom and Jerry. Penn and Teller. Scooby-Doo and Shaggy. Hall and Oates.

There are certain famous figures, fictional and otherwise, who have become synonymous with each other, pairings so perfect you can’t imagine them ever being apart. And the sports world has offered up its share of dynamic duos over the years as well, including Ruth and Gehrig in MLB, Jordan and Pippen in the NBA, and Brady and Gronkowski in the NFL.

In the NHL, the Mount Rushmore would certainly include Gretzky and Kurri (or Messier if you prefer). Lemieux and Jagr, too. And perhaps Howe and Lindsay, and Bossy and Trottier. After that, I dare say we’re currently witnessing a legitimate challenge to their throne as the “best ever” one-two punch in hockey history in the form of Connor McDavid and Leon Draisaitl, who brought their must-see show to Winnipeg on Tuesday night.

They are as smooth as peanut butter and jelly, which happens to be my personal favourite mash-up of all time. They are Batman and Robin on ice, two hockey superheroes doing the type of things you wouldn’t think are possible.

Exhibit A: “The goal” scored by McDavid a couple weeks ago, in which he single-handedly skated through not one, not two, not three, but FOUR New York Rangers to tie the game in the waning minutes of the third period. It was truly one of the best snipes you’ll ever see, one that left everyone around the league speechless.

“If that was the one and only time he’s ever done it, you’re looking at your defenders going, “How did that happen?” But you’ve seen a version of that enough that you’re going, “Holy s–t, how do you do that?” Like, that is awesome,” Winnipeg Jets coach Paul Maurice gushed the other day.

“You just hope it happens to the other team, but statistically I think it’s going to happen to everybody, right? The numbers just say it’s coming to your doorstep at one point.”

Maurice was asked how in the world you can possibly defend against that, and suggested all five on-ice opponents “hold hands in the middle and dive toward the net.”

Exhibit B: The fact Draisaitl left Canada Life Centre Tuesday night with 17 goals and 16 assists in 15 games. That is otherworldly, numbers you might see posted in peewee hockey or Junior B, but almost never at the sport’s highest level. In fact, only two players in hockey history — Gretzky (twice) and Lemieux — have ever posted at least a goal and an assist per game over a full season. And that happened in a completely different and much more high-scoring era, when goaltenders basically had pillows wrapped around their legs, largely remained upright and routinely were lit up.

Is it sustainable over 82 games? Probably not. Although Edmonton’s power play, which appears to be operating on video game cheat mode, will probably have a say in that. But you can’t helped but be awed by what the German is doing.

Andrew Copp told me following Tuesday’s morning skate, knowing he’d have the unenviable task of chasing McDavid and Draisaitl around all night, and again in Thursday’s rematch in Edmonton, the way Wile E. Coyote used to try to contain The Road Runner.

It’s remarkable, if not borderline criminal, that in the six full seasons the Oilers have had both players on the roster, they have but one playoff series victory, way back in 2017 over Anaheim. They’ve missed the post-season in four of those years, and got swept by the Jets last spring in the opening round. This, despite the fact McDavid and Draisaitl have combined to win four of the last five NHL scoring titles, and three of the last five Hart trophies as MVP.

What a colossal waste, like taking a delicious bowl of macaroni and cheese and dumping it into the garbage.

Perhaps this year will be different, with a stronger supporting cast than Edmonton has had in the past to take some of the pressure off the two big horses as they’ve galloped to an 11-4-0 start. But whether you are a die-hard Oilers fan or not, there’s no question what McDavid and Draisaitl are doing is great for a sport that needs to build around its stars.

That’s the main reason the NHL going to Beijing this winter for the Olympics is such a major event. We’ll get to see a true best-on-best featuring all the elites, who haven’t competed on such a stage since 2014. Draisaitl, of course, wasn’t even drafted until later that summer at the third-overall spot, behind Aaron Ekblad (Florida) and Sam Reinhart (Buffalo). McDavid would go first-overall one year later.

In the 915 combined regular-season games they’ve played since, they’ve combined for 421 goals, 721 assists and 1,142 points. And they’re only 24 (McDavid) and 26 (Draisaitl), which suggests their prime is still to come. A scary thought indeed. It’s even more impressive when you consider they are often skating on different forward lines at five-on-five, which poses quite a conundrum for coaches.

“I think you would find some dynamic pairs (in NHL history). And a lot of times they would play together, but I’m not sure you would find guys that can operate on their own at that level,” Maurice told me.

Although the Jets managed to stifle them for four games in the playoffs — they “only” had nine combined points — they recorded an astounding 34 points in nine regular-season games against Winnipeg in the all-Canadian division, in which Edmonton went 7-2-0. Although they added another two goals and two assists on Tuesday night, the Jets got the two points that matter most in the form of an impressive 5-2 victory.

“I didn’t feel necessarily any more comfortable last year when they were split up,” Maurice said on basically picking your poison. “I wouldn’t honestly be able to tell you I’d prefer one or the other. I just don’t know that I feel that.”

Crosby/Malkin and Toews/Kane would be the most recent examples of premium NHL pairings, and they all have what McDavid and Draisaitl don’t — Stanley Cup rings. But you get the sense it’s only a matter of time before that changes and these future first-ballot Hall of Famers add to their ever-growing collection of trophies.

Like that steaming plate of bacon and eggs, or the pint of Ben and Jerry’s, my advice to hockey fans would be to savour what you currently have in front of you. It truly is something special. 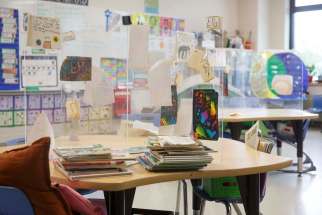 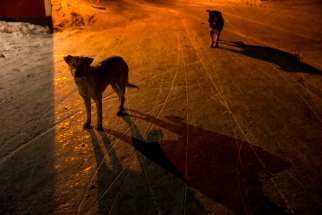 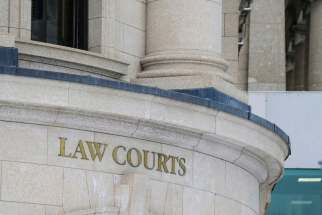 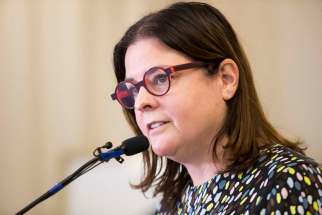 Province has compelling reason to provide vaccination status of COVID deaths, but won't 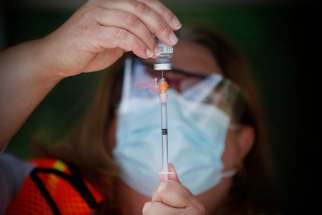 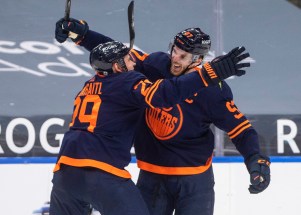 Class is back in session at WAG 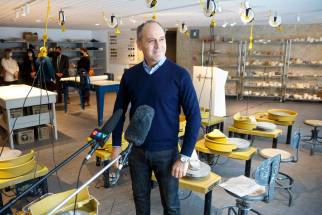 Students must be at forefront in strike talks 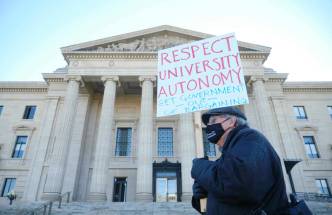 Foolish argument, missed opportunity Class is back in session at WAG