JUST like you could count on the leaves turning colour and the kids going back to school, September around here always seemed to bring about another certainty: The Winnipeg Goldeyes competing in the playoffs.

JUST like you could count on the leaves turning colour and the kids going back to school, September around here always seemed to bring about another certainty: The Winnipeg Goldeyes competing in the playoffs.

Consider this: An incredible 10 straight postseason berths after independent baseball returned to town in 1994, and 19 of 24 seasons overall through 2017, when the Fish captured a second straight American Association championship and a fourth in their storied history.

It’s been a tough go for the local nine ever since to the tune of four straight campaigns without any fall ball. The previous pair were especially difficult. As the only Canadian club in the 12-team league, Winnipeg was hit harder than any by the global pandemic and the associated travel and public health restrictions. Simply keeping the franchise afloat suddenly became more pressing than counting wins and losses, including being forced to hit the road and play exclusively in foreign parks for much of the past two summers.

Fortunately, the Goldeyes are still standing. And swinging. And order has been restored with the team finally getting back to the big stage starting next week.

“It’s just nice to be back in the playoffs,” general manager Andrew Collier told me on Monday, 48 hours after the Goldeyes snapped the drought and officially clinched with a win in Fargo.

With a 50-43 record prior to starting the final seven-game homestand Monday, Winnipeg is assured of a wild-card spot in the expanded format this year in which the top four in both divisions get in. The Goldeyes are solidly in third in the West but can’t catch Fargo or Kansas City, one of whom they’ll meet in a best-of-three series that is expected to open at Shaw Park next Wednesday, then go south for the duration.

In a fun twist, the division winner gets to pick their first-round opponent. Talk about bulletin board material.

“I would say we’ve got our work cut out for us against either Fargo or Kansas City. Those are two very, very strong teams,” said Collier. The RedHawks are the top dogs at 62-31, while the Monarchs are the defending champions with the second-best record in the league (59-34 prior to Monday). Winnipeg has the fourth-best overall record, with East-leading Chicago (52-41) just ahead of them.

Memo to the opposition: Take the Goldeyes for granted at your own peril. Although they were the favourites to win it all in 2017, the same can’t be said for the championship runs in 2016 and 2012 when they surprised everyone.

“Rick (Forney, the Goldeyes skipper) and I were just talking about that (Monday) morning. We’ll certainly be the underdogs again, so maybe we’ll have that work for us,” said Collier.

“Rick (Forney, the Goldeyes skipper) and I were just talking about that (Monday) morning. We’ll certainly be the underdogs again, so maybe we’ll have that work for us.” – Andrew Collier

Fielding a contender has never been more difficult in Winnipeg, mainly due to circumstances beyond the organization’s control when it comes to recruiting quality free agents. Don’t forget, there’s no draft-and-development going on, no farm system to lean on. The transient nature of independent ball means starting each season out with a nearly blank slate. And the Fish are often swimming upstream in that regard, despite having a deeply-respected operation run by top-notch people and with a terrific track record.

It was already a tough ask getting some players to commit to the northern outpost (by league standards) which means hundreds of hours spent riding the bus over the course of a season. Then COVID-19 threw another curveball, with the Goldeyes only able to sign fully vaccinated talent. It’s a different story for their 11 rivals, who don’t care one way or the other. An unvaxxed player only has to miss one or two series per year in Canada.

“Full credit to Rick for putting this team together,” said Collier.

The Goldeyes lost their MVP, Kyle Martin, over the offseason to Mexico.

Case in point: The Goldeyes lost their MVP, Kyle Martin, over the offseason to Mexico. That left a massive hole, one Forney eventually filled with former MLB first baseman David Washington, who won the American Association championship in 2020 with Milwaukee. Washington, 31, is having a career year with 29 home runs and 75 RBI. He’s tied for the league lead in dingers with teammate Max Murphy, who also has a league-best 90 RBIs and has an outside shot at 100 with a big final week.

Speaking of big flies, the Goldeyes have smashed their way to a franchise-record in home runs, which means they’re a heck of a lot of fun to watch. Throw in the fact they have four Canadians on their active 25-man roster and there’s plenty of homegrown flavour as well.

“That’s got to be the most we’ve ever had. And it’s not just having Canadians to fill out a roster,” Collier said.

All-star outfielder Michael Crouse was just acquired at the trade deadline last week, and the B.C. product adds more punch to an already potent lineup. And a trio of Canadian arms have been key contributors. Relief pitcher Travis Seabrooke (Ontario) leads the club in appearances with 56, Will McAffer (BC) has the lowest ERA out of the bullpen, and Landen Bourassa (Alberta) has been a reliable starter all year.

If there’s one negative to the current campaign, it’s that fans haven’t come back in quite the same numbers. Winnipeg is averaging 3,312 spectators so far, compared to 4,079 during the last “normal” season in 2019. They aren’t alone in that regard. League attendance is averaging just 2,578 this year, down from 3,082 in 2019. So the Goldeyes remain above average in that sense. And sports leagues of all levels across North America are experiencing dips as well.

“I would say moderately happy. I think if you look at our average just in July and August, we’re probably over four (thousand). We’ve had some really solid crowds come out. But starting our season at home in May was a little bit of a struggle early on,” said Collier.

We’ve had some really solid crowds come out. But starting our season at home in May was a little bit of a struggle early on.” – Andrew Collier

“I’m not sure if everybody’s back to where they were pre-pandemic as far as being comfortable being back out, doing things like this. I was hoping for more but there’s been some games where we felt like 2019 again and then there’s some games where it felt like we were just coming out of the pandemic.”

Now the Goldeyes hope they can dial it all the way back to 2017, when they popped champagne down at the beautiful ballpark at The Forks after wiping out Wichita in the final. It took a lot longer than expected, but they are finally back where they fully expect to be, hoping to find yet another reason to celebrate in just a few weeks. 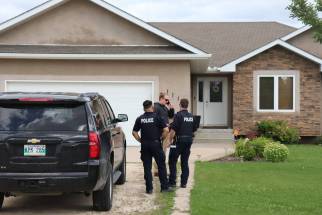 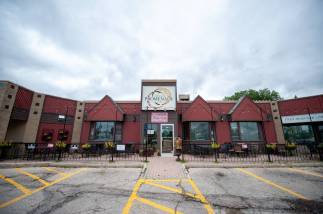 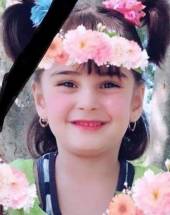 ‘Huge excitement’: RRC Polytechnic back to class, face to face 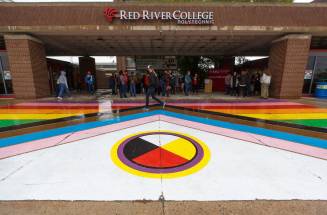 Goldeyes back where they belong: the playoffs 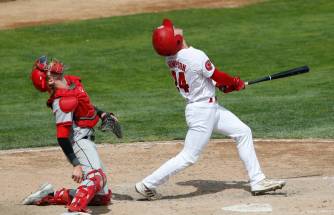 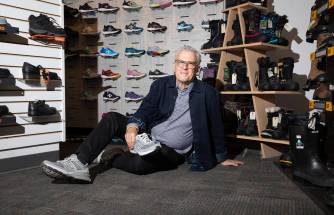 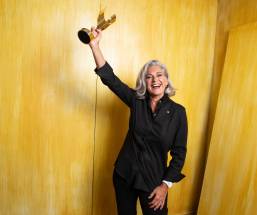 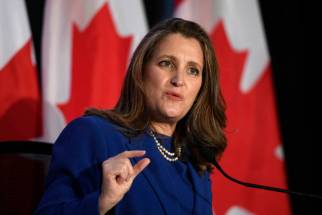