Urban outcasts Leaving our most vulnerable to struggle for themselves in the cold shames this city By: Melissa Martin Posted: 7:00 PM CST Thursday, Dec. 1, 2022

An open letter to the man I saw on Selkirk Avenue on a recent Thursday afternoon just before 2 p.m.

An open letter to the man I saw on Selkirk Avenue on a recent Thursday afternoon just before 2 p.m.

It’s good that you were wearing a red sweater. It stood out against the snow, a blotch of crimson on a dirty white tableau, which made you very easy to see.

I spotted you from a block away, at least, inching slowly down the street. The wheels of your wheelchair sank into the soft snow, so you were mostly dragging the chair forward by your slippered feet.

There was nowhere else you could be at that moment. I don’t know where you were going, but you had to go somewhere and the sidewalk was rutted and clogged by snow.

Behind you, prowling cars slowed and veered into the oncoming lane, my lane, making a cautious arc to avoid where you laboured, one inch at a time, down the road.

I was embarrassed. Not by you. As we drove past, my passenger, a newcomer from Ukraine, pursed her lips and watched you with curious eyes.

We did not speak enough of each other’s languages for complex conversation, so it’s hard to say what went through her mind, but she made a sympathetic murmur. Matching the sentiment, so did I.

So yes, I was embarrassed that a newcomer should see this Winnipeg, the one that pushes citizens with the greatest need of safe passage out into the street. It can’t be hidden though. It’s the truth.

But I’m speaking to myself, here; the failures of our city’s responsibility to people with disabilities will be very well-known to you.

And you aren’t the only one who has to get around like this, which I’m also sure you know already. It’s an epidemic.

A few days after I saw you, I was stuck in rush hour traffic where Broadway branches off from Portage Avenue, when the knot of SUVs ahead parted to show a woman in a power wheelchair, slowly rolling forward, while drivers gave her a berth.

She looked so small amidst the wall of vehicles around her. So vulnerable. A street built for cars is no place for people. But with winter sidewalks so often impassable to wheelchairs, where else could she go?

Having no answer to that, how about a more uncomfortable question: what would we say to her family, or to yours, should an accident occur?

The most important work of a city, any city, is to facilitate the movement of its people. Winnipeg has never been a star on this end.

We’ve raised this as an issue in the Free Press before. Sometimes, it’s poignant. Last December a reader wrote to us, hoping to thank a stranger. She’d taken a friend to get his flu shot, she wrote, but when she took him home, his wheelchair got stuck in the sidewalk snow. All her strength could not move it forward, until a person driving by stopped to help.

In October, the snow-clearing budget was briefly an issue in the mayoral election, and my colleague Joyanne Pursaga spoke to Peter Tonge, a wheelchair-user, about how the winter steals a good chunk of his independence.

Sometimes, he explained, his power chair will get stuck on the sidewalk for long minutes until a pedestrian comes by to push him out.

And this winter, after bike lanes got covered with snow, residents in one neighbourhood took matters into their own hands to dig them out. A city spokesman said residents shouldn’t do that, due to road safety issues.

I had to laugh a little, reading that, thinking of the road safety issues that come when non-vehicular thoroughfares remain impassable.

In all three of these stories, I see the duality of Winnipeg. The one I love and the one that breaks my heart. The one where Winnipeggers band together to help each other through the winter — I write this with appreciation for every stranger who has ever pushed my car out of a snowdrift — and the one where the city falls short of what those people deserve.

The most important work of a city, any city, is to facilitate the movement of its people. Winnipeg has never been a star on this end: not in our groaning, threadbare public transit. Not in our slow and piecemeal approach to improving options for active transportation. And certainly not in accessibility, for seniors and others who need it most.

Some things can’t be changed, of course. The climate comes with the city’s location. The winter will always be a burden on Winnipeg’s human and financial resources, and we all understand that living here requires a certain level of perseverance.

But Winnipeg is not uniquely disadvantaged. Other cities in the world get more snow, but still manage to be more accessible.

In Sapporo, Japan — the third-snowiest city in the world, with an average annual snowfall of 485 centimetres, compared to Winnipeg’s 118 — geothermal conduits heat the sidewalks to keep them bare year-round.

Other cities, including Oslo and Helsinki, have made similar investments. Experts there have found the cost of keeping snow melted on key pedestrian routes is cheaper than the cost of mechanically clearing them.

Of course, the value to safety, dignity and accessibility, especially for seniors, people who use wheelchairs and others, should be considered as priceless.

I don’t know what the solution is, for Winnipeg. What I do know is that if, every winter, a city becomes partially impassable and outright dangerous for so many of its residents, then that city is not doing the work it most needs to do.

And I also know that no challenge of this nature is insurmountable, that there is always a creative solution yet to be tried.

And to you, the man I saw on Selkirk Avenue on that Thursday afternoon, forced onto the road, trying only to get where you needed to go, I’m sorry you had to be there.

I’m sorry you had to drag yourself through a city that isn’t designed for you.

I’m sorry that you had no choice but to inch down the street while cars growled behind you. 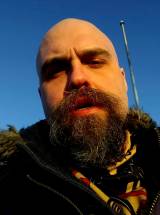 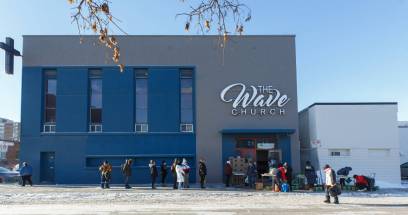 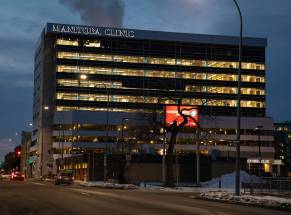 Leaving the vulnerable to struggle in the cold shames this city 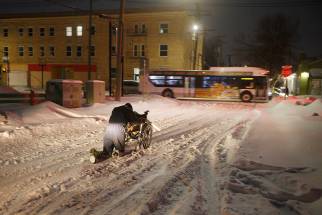 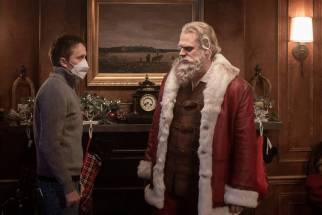 Jets pushing each other to be better 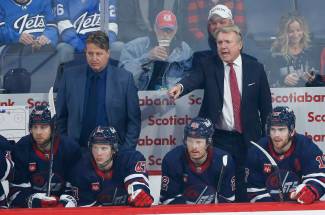 Pronounced need in this season of giving