Many Winnipeggers could not pick David Matas out of a crowd. His relative public obscurity at home, however, belies the man's international profile for work that has garnered him a nomination for the Nobel Peace Prize.

Many Winnipeggers could not pick David Matas out of a crowd. His relative public obscurity at home, however, belies the man’s international profile for work that has garnered him a nomination for the Nobel Peace Prize.

The breadth of Mr. Matas’s human rights work has taken him far afield — into the world of international courts, United Nations missions and the prosecution of Nazi war criminals — and into the homes of children plugged into virtual relationships where Internet predators lurk. A founding member of Beyond Borders, he helped fight for the tougher child exploitation laws in Canada.

Much of his work has been championing the rights of immigrants and refugees, battling the abuses and legal chasms that catch up the innocent and controversial alike. One client, Vancouverite Lai Changxing, has been called China’s most wanted man. The reputed billionaire is accused by the Communist government of building his fortune on smuggling and on bribing officials. Lai is a lightning rod for those who see Canada’s lax immigration law providing safe haven for criminals. Undaunted, Mr. Matas argues Lai could not possibly get a fair trial in a country where officials have publicly stated he deserves the penalty of multiple deaths.

It is Mr. Matas’s work with former MP David Kilgour on the persecution of the Falun Gong adherents in China that brings him now to the notice of Norway’s Nobel Committee. They have been co-nominated for their 2006 independent investigation of allegations the Chinese state’s abuses, imprisonment and torturing of adherents had extended to organ harvesting — resulting in the prisoners’ deaths — to serve transplantation tourists.

The Nobel Peace Prize is a bit battered of late. Never granted to Mahatma Ghandi, the world’s most famous peace activist, it was the source of wide-spread derision in December when it was bestowed on Barack Obama. The U.S. president, barely minted, was honoured for strengthening international diplomacy and for his vision of a world without nuclear weapons. Even Mr. Obama was surprised.

Mr. Matas faces long odds in getting to the podium at the end of the year. His nomination, however, returns a small measure of gratitude to a humble and deserving man. It may help raise the esteem of the Norwegian prize a notch.

Crusader up for Nobel Prize 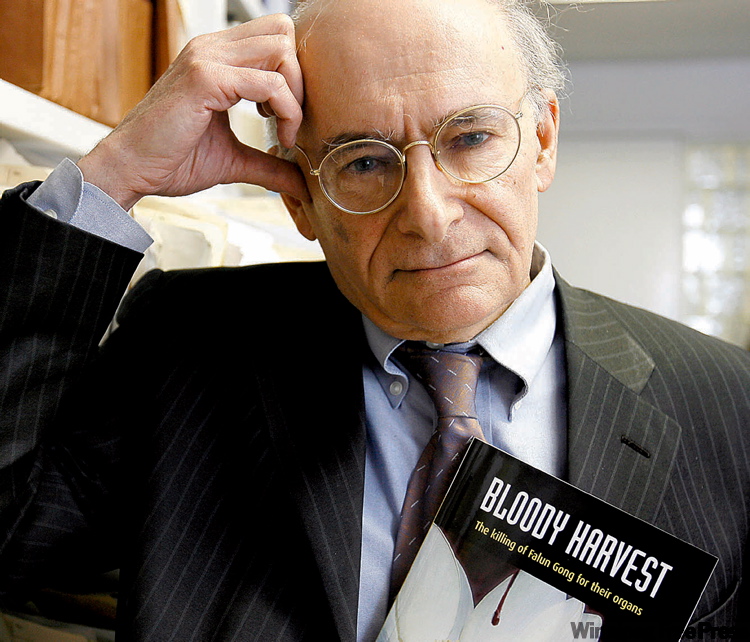