The hogweed invasion of Canada has not reached Manitoba yet, but the Invasive Species Council says that it is possible that it will, having already firmly established itself in British Columbia and Eastern Canada.

The hogweed invasion of Canada has not reached Manitoba yet, but the Invasive Species Council says that it is possible that it will, having already firmly established itself in British Columbia and Eastern Canada.

In fact, given the spread of other invasive species — that is plants and animals that are not native to a place but flourish there once they are introduced — hogweed’s arrival seems as inevitable as the annual crop of dandelions and purple loosestrife.

Like hogweed, they are not native to Canada but were imported by gardeners who admired them for their flowers. While hogweed itself is a far more unpleasant guest — it can reach a height of 15 metres, and all of it secretes a poisonous sap that causes "itching, oozing pustules and black and purple scars that can take years to fade," as it was described in the Free Press Tuesday. More seriously, even trace amounts can cause blindness if they find their way into one’s eyes. It also each year produces a spread of flowers, which is what gardeners originally found attractive and led to its being imported from Asia.

This is a common story, not confined to Canada. An Australian immigrant imported rabbits from England for sport hunting in the 19th century and led to what is today a pestilence of rabbits that is rapidly destroying parts of Australia. In the United States, an Asian vine, kudzu, caught gardeners’ eyes in the southern states and is now so deeply rooted in Georgia that it covers whole forests, sucking the life out of them, whole houses, smothering them, and threatens the city of Atlanta — it is aptly known as "the vine that ate the South."

None of this was malicious, but it was all done out of vanity — a better garden than your neighbour’s — or self-indulgence — the pleasure of killing rabbits — and now cannot, it seems, be undone. In Manitoba, we can only await hogweed’s arrival and hope to cope with it when it comes. 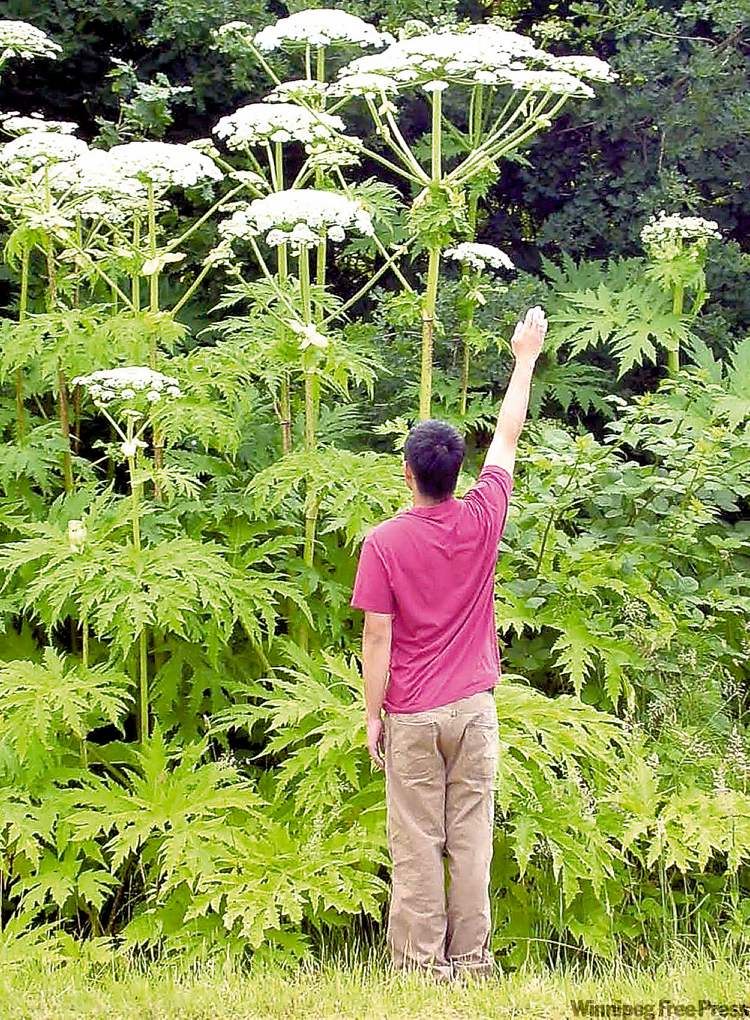